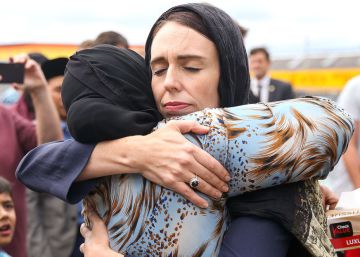 Blaming an entire group for the actions of one of the people of the same origin or belief is one of the most frequent sources of conflict and polarization. And they usually generate innocent victims, which we commonly express with the saying "they pay just for sinners." This hostility towards "the others", especially when it is directed towards some minority groups only contributes to the escalation of the conflict and intergroup violence. Is it possible to stop or at least mitigate this escalation?

In Spain, and also in Europe, one of the groups that suffer most from this hostility is the Muslims, so this could be a good natural laboratory in which to investigate whether it is possible to reduce the blame of an entire group. A study now includes an intervention carried out in the summer of 2017 among hundreds of Spaniards, which showed that it is possible. Even in the worst circumstances, since the attacks of Barcelona and Cambrils were perpetrated in full study, which could cause a negative reaction.

The lever they used to activate the change was to put individuals in front of the mirror of hypocrisy of their prejudices. "The results of this investigation showed that the intervention, in comparison with a control group, reduced the attribution of collective guilt attributed to Muslims as a whole to actions committed by specific individuals and reduced hostility against them," summarizes Ana Urbiola, Researcher at the University of Granada and co-author of this work.

The experiment began in August 2017 and the idea was to see if revealing that hypocrisy to people would moderate their speech, as the researchers believed. A group of individuals was given a brief description of three different individual cases of attacks committed by white Europeans. And after showing them these examples, participants were asked to rate on a scale: "In general, how responsible do you think white Europeans are for white supremacist attacks?" In the second part of the intervention, the participants read a brief description of the Paris attacks in 2015 perpetrated by Islamist fans and then used the same scales to rate the responsibility of individual Muslims for those attacks. For example: "Fatima Wahid is a Muslim woman who owns a bakery in southern France. How responsible do you think Fatima Wahid is from the 2015 Paris attacks?"

The fault of white Europeans

The experiment manages to break the prejudice that assumes that all Muslims belong to a homogeneous and evil "they", since the subject understands that not all white Europeans are related to Breivik, for example, the terrorist who killed 77 people in Norway. "This intervention reveals to the participants the hypocrisy that exists in the human tendency to attribute the collective fault of actions of individual members to all the members that make up the group," explains Urbiola, currently a professor at the University of Almeria. This tacit hypocrisy generates a cognitive dissonance in the head of individuals, because it clashes their way of generalizing others while assuming nuances and differences in their own group. The disharmony causes a discomfort in the subjects to reveal that inconsistency, explains Urbiola, which leads to clarify their possible prejudices about Muslims.

The researchers, who publish their results in Nature Human Behavior, they measured the hostility towards Muslims by assessing the desire to maintain social distance towards them, support for restrictive policies against this group and the interest in signing in support of opening and resettlement measures of Syrian refugees arriving in Spain. The general hostility fell significantly after submitting these subjects to the experiment, compared to the control group data. To verify the strength of their results, the researchers (from the universities of Pennsylvania and Northwestern, together with Urbiola) replicated their own study with another group other than Spaniards, obtaining the same conclusions.

The second part of the intervention was to be carried out a month later, but then the terrorist attack took place in Catalonia. The researchers continued on, although they feared it might have a very powerful effect on people's opinions. To his surprise, the effect of the intervention did not fall. "It remained, it didn't stop working," says the Spanish researcher. Even with the Islamist attack in between, the subjects who were made to see the hypocrisy of blaming the entire group maintained their most moderate opinion about Muslims. A year later it was found that the effects remained. The "they" border had been blurred.

After the attacks of Christchurch in New Zealand, its Prime Minister, Jacinda Ardern (pictured), wanted to make it clear that there is no us against them, except for the violent: "(Those affected) have chosen to make New Zealand their home and it's his home. They are us. The person who has perpetuated this violence against us is not. " A recent study showed this hypocritical prejudice among United States citizens, who were asked about the murderers of eight massacres in their country, four Muslims and four anti-Muslims. The chances of assassins being considered mentally ill were directly proportional to the subjects' prejudices. If they already had a bias contrary to Islam, they were unlikely to believe that Muslim murderers had any mental problems, something that does not exempt them from guilt and fits their negative perception.

This new work adds to the growing bibliography of studies that seek to unravel the psychological mechanisms that act in conflicts between groups, to help appease them. "Our main tool is our understanding of the psychosocial variables that can anticipate and reduce that hostility, and then be able to build instruments that help us work in the processes to scale the conflict by modifying that hostility," says Urbiola, who has also worked on how to reduce prejudices towards gypsies.

However, the mechanism explored in this study works especially in certain circumstances. "It cannot be applied to any conflict or to any country or public discourse," summarizes the social psychologist. "The effects of this intervention are significantly greater for people who have a high preference for consistency, that is, it works best with people who consider it very important to behave in a manner consistent with their beliefs," he explains. In addition, it has been proven that this tool works when there is a favorable scenario in which hypocrisy is evident, as in the cases described.

How do we know how much our galaxy “weighs”?

The mystery of “raspberry snow” in Ukraine