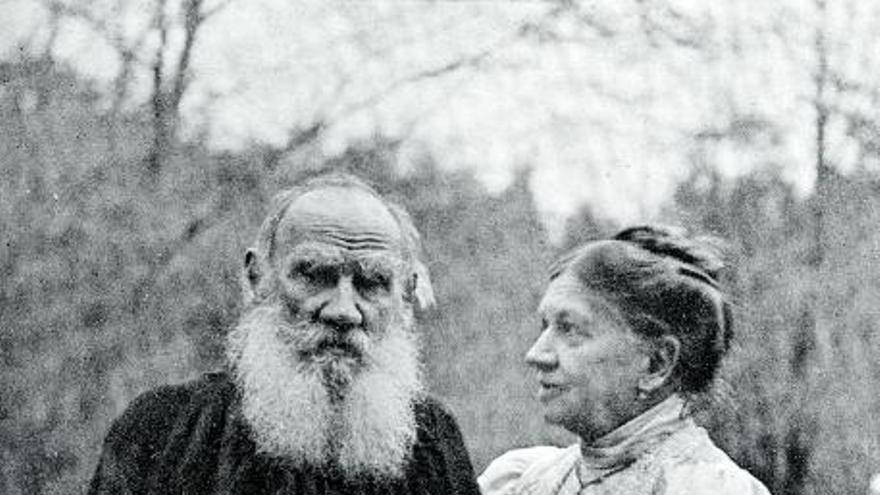 No one comes out unscathed from War and Peace. Neither the lucky reader who decides to enter his universe nor, of course, the mountaineer who undertakes the translation of this Himalayas of universal letters, the masterpiece of Lev Tolstoy (Yásnaia Poliana, 1828-Astápovo, 1910). Joaquín Fernández-Valdés (Barcelona, ​​1976), graduated in Slavic Philology and associate professor at the Autonomous University of Barcelona (UAB), is still convalescing from the translation, the first completely new in Spanish in more than 40 years. Exhausted, his tongue squeezed and his possibilities like a lemon, he does not intend to translate a shampoo label for six months.

At the suggestion of Luis Magrinyà, writer and editor of Alba Editorial’s collections of classics, Fernández-Valdés embarked four years ago on the journey of translating the more than 1,700 pages of the Tolstoian epic, the intertwined lives of four families (the Bolkonski , the Bezukhovs, the Rostovs and the Kuragin) between 1805 and 1820, more or less from the Napoleonic invasion until the withdrawal of the imperial troops, sheltered by the resistance of the Russians and the implacability of General Winter (history repeated itself with Hitler ).

Fernández-Valdés took on the battle, very tough due to the length and depth of the novel, because “trains like this only pass once in their lives.” If it took Count Tolstoy six years to write the novel (from 1863 to 1868), the translator has spent almost five years living with Natasha Rostova and Prince Andrei Bolkonski, some 1,460 days immersed in a project that, “for mental health” He decided to approach it in phases: one book per year, according to the four volumes into which the Russian “canonical” edition is divided, as if he were leaving heights up the mountain, from the base camp, to catch his breath. A meticulous daily work, including many weekends, in days from three in the afternoon to ten at night.

Every year the translator took a break and traveled a section of the Camino de Santiago listening to the work in audiobook: “I lived immersed in War and Peace; I was going to cross a stoplight and suddenly, eureka, the word I’d been searching for days came to mind. I dreamed of the novel ”.

Apart from infamous translations, through the bridge language of French and Frankenstein editions, such as Editorial Juventud (1959), with the action compacted into 500 pages and the digressions of Tolstoy suppressed, two translations in Spanish of Guerra and direct peace from Russian: that of sisters Irene and Laura Andresco (1955) and that of José Alcántara and José Laín Entralgo (1979), considered the “canonical” to date.

It is also worth highlighting the contribution of the magnificent and veteran interpreter Lydia Kúper, who, at the end of the nineties, commissioned by the editor Mario Muchnik and El Aleph (2010), compared the Russian original with the version by Laín Entralgo, where she found “omissions , false interpretations of meaning, cuts and various errors ”. I mean, I redid the text. Gala Arias also translated from Russian for Mondadori (2004) a previous draft of the novel (with a different ending!).

If there were already other transcripts of War and Peace, what is the point of versioning it again? Well, because translations get old; Now it is not translated the same as 30 or 50 years ago, when the “what” mattered more than the “how”. According to the expert, nowadays “respect for form prevails; the author’s expression is worked hard ”. And that has been the great workhorse: staying close to Tolstoy, owner of a “somewhat crude” style -the author is not a stylist of the Russian language, like Ivan Turgenev, with his harmonic phrases- and full of repetitions, mark de la casa, finding a balance between fidelity to the original and the result in Spanish, so that it does not look like a slovenly text. It is a novel written “from the entrails,” says Fernández-Valdés, in which Tolstoy was looking precisely for a “somewhat rough” imprint.

The translator also proposed to be “very scrupulous” with the specific vocabulary referring to the battles, the weapons of the time, the carriages and the soldiers’ uniforms, so that he was forced to handle a profuse documentation.

The difficulties of translating a novel that encompasses human experience in all its nuances do not end there, “a fuzzy monster, too large … A prodigious mass of life”, in the words of Henry James. Not only do phrases with many subordinates abound, something rare in Russian, but also various idiomatic registers coexist in the text: the Frenchified Russian used by the nobility; the Russian of the common people, of soldiers and peasants, “full of proverbs and clichés”; the academic Russian that Tolstoy uses for his philosophical digressions; and even Old Slavonic, which appears in the prayer that a priest utters for three pages.

The translator suffered a single bird in four years, just a few meters from the top: in the midst of a pandemic, he felt that his strength to nail the ice ax was weakening when he was faced with the translation of the second epilogue, where Tolstoy is engaged in a dissertation on free will and the models of historicism.