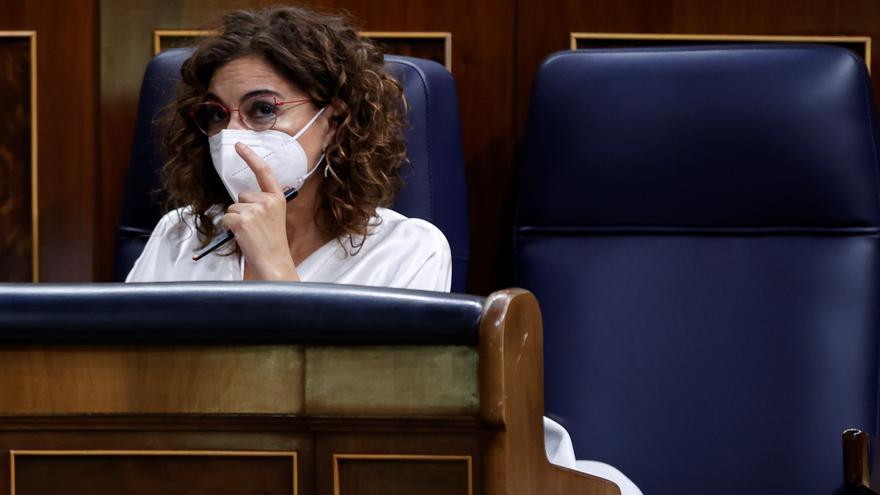 After three penalties in the Constitutional Court against the municipal capital gains tax, the Government has approved this Monday a new way of calculating this tax on which a good part of the income of the municipalities depends, especially the larger ones. The reform, which will come into force when it is published in the Official State Gazette (probably this Wednesday), seeks to give “legal certainty” to councils and taxpayers, as defended by the Executive, who recognizes that it leaves a “gap” between the date on which the Constitutional ruling was known, on October 26, and the approval of the new tax.

The Executive thus responds to a problem that was opened two weeks ago for the finances of the municipalities since it could affect their surplus forecasts, as the Independent Authority for Fiscal Responsibility (Airef) warned a few days ago. This had given rise to numerous demands from mayors to provide a solution that would prevent the loss of income that was ventured without this imposition.

These are the keys to what has led to this situation, the new government law and some certainties and uncertainties that it leaves:

What did the Constitutional Court rule?

The Tax on the Increase in the Value of Urban Lands (IIVTNU), popularly known as the capital gains tax, was approved by the Popular Party in 2004, weeks before leaving Moncloa in favor of José Luis Rodríguez Zapatero’s PSOE. It became one of the main sources of tax revenue for city councils, only behind the IBI, but in recent years it has led to numerous legal setbacks. The most important ones, those given by the Constitutional Court which, after several judgments against it, annulled this tax by annulling its calculation method.

This happened on October 26, when the high court published the conclusion of a sentence whose content was known a few days later, last Wednesday. In her, declared null as unconstitutional the method of calculating this tax. Previously, in 2017, it had canceled its application in cases where there had been a loss of real value between the purchase and sale of a property. In 2019, in the second judgment against this tax, it annulled its application in cases where the amount to be paid was even higher than the effective capital gain that had occurred.

By annulling the calculation of the tax base, the ruling effectively rendered this tax ineffective, which represents some 2,500 million per year for Spanish municipalities. The Constitutional Court warned in its ruling that “it must now be the legislator (and not this Court) who, in the exercise of its freedom of regulatory configuration, carry out the pertinent modifications or adaptations in the legal regime of the tax to adapt it to the requirements of the Constitution “.

What has the government done?

Thirteen days after knowing the sentence and five after being able to access its content, the Ministry of Finance has brought the new rule to the Council of Ministers this Monday, with which it intends to adapt to the requirements of the Constitutional Court and limit the impact for municipalities . It has done so through a Royal Decree Law which will be published this week in the Official State Gazette, at which time it will come into force. With it, it replaces the articles of the law annulled by the Constitutional law and grants a new way of calculating the tribute. This tax is charged by municipalities, but the rule depends on the central government.

How will the municipal capital gains tax be calculated from now on?

The capital gains tax is levied on the revaluation of the urban land on which a property is built, between the moment it was acquired and the date it is sold. As drafted to date, it assumed that there is always a revaluation, despite the fact that in practice the property sold was made for a lower price than when it was acquired.

Now, the Government has devised a double alternative to avoid this circumstance, which is the one that has resulted in its annulment in the Constitutional Court. The first of these is what is known as the “target system”. The cadastral value is kept as a reference, but the percentages that were used until now are replaced by maximum coefficients based on the years that have passed from the purchase to the sale of the property, which will be updated annually, presumably in the articles of the Law of General State Budgets. Municipalities may choose to apply that maximum or lower ratios. On this result, the corresponding percentage of the tax would be applied, which cannot exceed 30%.

The second alternative is known as “real capital gains.” In this case, the Government allows the calculation of the tax for the real capital gain of the land, that is, the difference between the purchase price and the sale price.

Which one will apply?

This is another of the novelties. If the taxpayer demonstrates that paying taxes on the real capital gain is more beneficial for him, he may request it from his City Council, which will be able to carry out the necessary checks on this calculation. In this way, the Government eliminates the need to pay even if there is no capital gain and those cases in which the tax is higher than the real increase in value.

When will it come into effect?

The Royal Decree Law will enter into force as soon as it is published in the BOE, presumably this week. Thus, the renewed capital gains tax will be launched. Within a month, the norm must be validated in Congress, where it can be decided that it is processed as law, which would not prevent it from continuing in operation.

The government gives municipalities six months to transfer the new rule to their municipal ordinances. This does not mean that this tax is not applied until the councils comply with this procedure. While these changes are made, the rule that will be in force will be the state one and the maximum coefficients that have been set in the regulation will be in operation. The municipalities may apply a lower coefficient, but never a higher one. In addition, the Government points out that municipalities are recognized as having the ability, solely for the purposes of this tax, to correct the cadastral land values ​​by up to 15% depending on their degree of updating. “This guarantees that the tribute is adapted to the real estate reality of each municipality,” the Executive has assured.

No. The new rule will only affect those operations that are closed once it comes into force. The Government has recognized this Monday after the Council of Ministers that this leaves a “void” corresponding to those operations that have been closed between October 26 – date of the sentence – and the day it is published in the BOE. The Constitutional Court indicated in that opinion that it implied its “expulsion from the legal system, leaving a regulatory void on the determination of the tax base that prevents the liquidation, verification, collection and review of this local tax and, therefore, its enforceability.” That is, the tax cannot be collected between the two dates.

Nor was the Constitutional ruling retroactive, which limits the impact on municipal coffers of possible claims. The high court pointed out that the taxes paid that had been definitively decided by means of a final administrative ruling or resolution before October 26 are not “situations susceptible to being reviewed” based on this ruling. Neither are provisional or definitive settlements that have not been contested or self-assessments whose rectification has not been requested. That is, only those settlements or self-assessments that had been appealed before October 26 would be affected. It is not clear what happens to the operations that, closed in the days prior to October 26, had not paid taxes.

Abel Caballero, mayor of Vigo and president of the Spanish Federation of Municipalities and Provinces (FEMP), has defended that the norm gives “legal security” to the municipalities, although he has recognized that the municipal coffers “will collect less”. “This reform is good and it is convenient, the previous tax was collection,” he stressed.

Can there be claims?

In principle, the sentence closes the door to claims more than in those cited exceptions. However, platforms such as Asufin have indicated that they are studying legal ways to appeal these payments, specifically those made during the last four years, which is the legal period they consider to be able to claim tax settlements and self-assessments. “In this way, a new claim procedure would be opened that the Administration will be obliged to respond and, we hope, will do so for the benefit of the taxpayer who did not claim,” the consumer organization assured.

This platform has also raised doubts about the model used by the Government to correct the problems that this regulation has caused: the Royal Decree Law. “The jurisprudence of the Constitutional Court itself establishes that taxes cannot be approved by decree-law and what the Government is regulating is the essence of the tax, “he said in a statement this Monday. Gestha, an organization of finance technicians, has opted in the same line, who have assured that there is a “risk of constitutionality.” To avoid this, they defend that in Congress it is processed as a bill.

Isabel Rodríguez, Minister Spokesperson, has ruled out this possibility after the Council of Ministers. “There was an urgency that has been manifested by different municipalities because it seriously affected the structure of their accounts when they are preparing the budgets for next year and we have responded with agility,” he pointed out. “It has gone through all the legal security and reporting filters determined by the technicians in each of the departments,” he has settled.

The Government has provided three hypotheses to explain the calculation and which tax will correspond.

The current tax rule leads the taxpayer to be exempt from paying as they have not received a capital gain.

In the calculation of the tax base, with the new formula that is applied, it remains at 10,200 euros. That is, it is less than the increase in value, so the tax percentage is applied to this amount, the maximum rate of which is 30%. The result would be the payment of 3,060 euros.