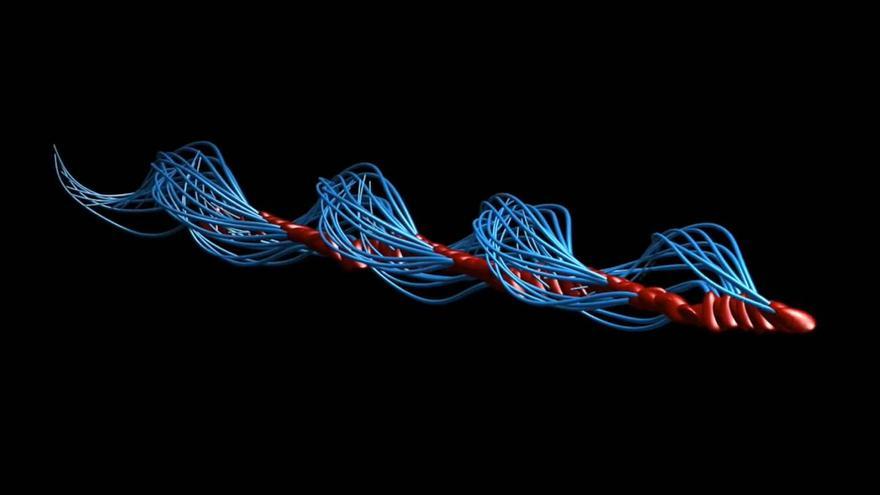 More than 300 years after the Dutchman Antonie van Leeuwenhoek used one of the first microscopes and described the movements of human sperm as if they had a “tail that, when swimming, moves like a snake or like eels in water” , a scientific team has revealed that it is actually an optical illusion.

Using 3D microscopy and the most advanced mathematics, Hermes Gadelha from the University of Bristol (United Kingdom), together with Gabriel Corkidi and Alberto Darszon from the National Autonomous University of Mexico, have been pioneers in the reconstruction of the true movement of the tail of the sperm, reminiscent of that of the corkscrew.

The researchers have used a high-speed camera capable of recording more than 55,000 frames in one second, and a microscope stage with a piezoelectric sensor to move the sample up and down at an incredibly high speed. In this way, they were able to 3D scan the sperm by swimming freely.

The study, published in the journal Science Advances, reveals that its tail is, in fact, crooked and only moves to one side. While this should mean that one-sided motion would make him swim in circles, sperm have found a clever way to adapt and swim forward.

When viewed with two-dimensional microscopes, the rapid and synchronized movement of the optical illusion that the tail wriggles from side to side symmetrically. But it turns out that its flapping is asymmetric: it happens on one side only. It’s like rowing a canoe with a single paddle and that produces a circular motion, the authors note.

To compensate for this imbalance, sperm have developed a technique with which to move, and they do so in the form of a corkscrew. According to Gadelha, “they have thus solved a mathematical puzzle on a microscopic scale, creating symmetry from asymmetry.”

However, the co-author comments, his turn is complex. “The head of the sperm rotates at the same time as the tail in the direction of swimming. This is known in physics as precession, much like the orbits of Earth and Mars rotate around the Sun.”

The computer-assisted semen analysis systems that are used today, both in clinics and in research, still use 2D microscopes to see the movement of sperm.

Therefore, like Leeuwenhoek’s first microscope, they are still prone to this illusion of symmetry while evaluating semen quality. This discovery, with its novel use of 3D microscope technology combined with mathematics, may provide new hope for unlocking the secrets of human reproduction.

“Since more than half of infertility is due to male factors, better understanding their movement could serve to develop new diagnostic tools,” the researchers conclude.