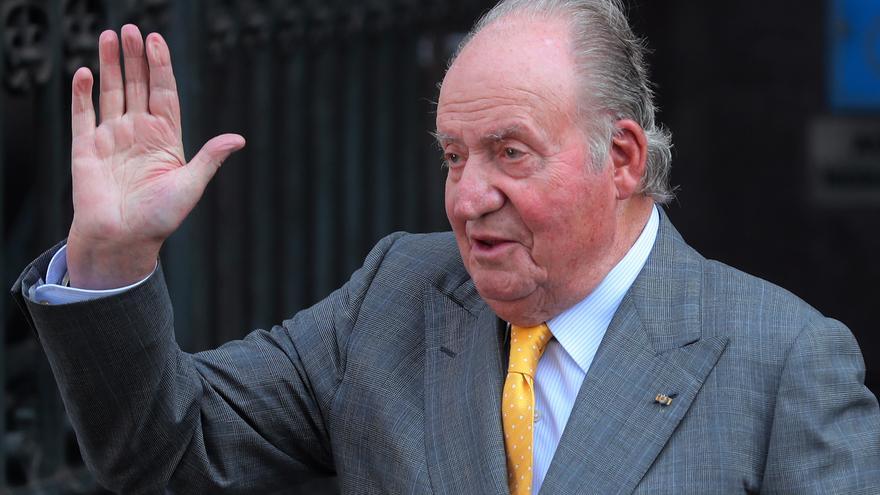 Juan Carlos I could voluntarily regularize his accounts with the Treasury to avoid the possible accusation of the Prosecutor for a fiscal crime. This is, as published by El Confidencial, a possibility that his advisers contemplated before announcing that he was leaving Spain. To do so would mean accepting the facts that have been published about him – that he has hidden assets abroad and that he has defrauded the Treasury – but would prevent him from being prosecuted for accounting irregularities, as provided for in article 305 of the Penal Code. The country He published this Wednesday that the option was ruled out because the amount to be paid “was outside the current possibilities” of the King Emeritus.

How much would that amount amount to? Technicians from the Ministry of Finance have made the calculations. His estimate is that the emeritus king would pay 60% of the assets he declared, including the defrauded fee, surcharge and interest. The problem with their calculation, they point out, is that this heritage is opaque and unknown. A mystery. The New York Times estimated in 2012 that his fortune amounted to $ 2.3 billion (about $ 2 billion). In Spain, only its annual allocation from the General State Budgets is known, which in 2018 was 194,232 euros.

“We are talking about percentages because their assets are not known. They are hidden,” Carlos Cruzado, president of Gestha, the majority union of finance technicians, explains to elDiario.es. “For the regularization to take effect it would have to be complete and truthful. He would have to declare all his hidden assets and abroad. If he does not do so, it would be detrimental to him.” This is what happened with the former treasury of the PP, Luis Bárcenas, which regularized 11 million euros and was later discovered to have at least 25 more.

For this declaration to be complete, the technicians explain, Juan Carlos I would have to present a declaration of assets abroad, including accounts, shares and real estate. Then you should make a supplemental income tax declaration in which all your assets would be considered “unjustified increase in wealth”. That should be attributed to the 2015 Personal Income Tax, the last non-prescribed exercise. You should also file supplemental tax returns from 2016 to 2019 and Wealth Tax from 2015 to 2019.

“As he was a resident of Madrid, the maximum marginal rate to which he would have to pay would be 43.5%,” adds Cruzado. “To this should be added a 20% surcharge and default interest, 3.75% since June 2017.” From this breakdown comes the 60% figure. If the assets were 2,000 million euros, as calculated by The New York Times, we would be talking about 1,200 million euros coming out of the king emeritus to pay.

What if it did not regularize them?

“The other option is for the Treasury to discover your assets abroad. What is detected, if the declaration of assets abroad has not been filed [el famoso modelo 720], would be charged as an increase in unjustified equity. As the fee defrauded would surely exceed 120,000 euros, we would be talking about a tax offense. If it exceeded 600,000, it would exceed the threshold for an aggravated crime, “Cruzado continues. The normal tax offense contemplates penalties of up to 5 years; the aggravated one, up to six.” But, for now and as long as they are not proven, all this is speculation. .

At the time that the Treasury, the Prosecutor’s Office or a court notified an inspection procedure, the King Emeritus could no longer voluntarily regularize his accounts. Even if you have discarded it, you can still do it if you consider it convenient.

I should have paid 52 million euros for the donation

In addition to estimating how much he would have to pay if he regularized his accounts, Gestha calculated that Juan Carlos I should have paid 52 million euros to the Treasury of the Community of Madrid for the donation of 100 million dollars (65 million euros) that he received from Saudi Arabia in 2008. The gift tax is reduced in the Community if there are family ties between the parties, something that did not happen in this case. “The rate is very high and the multiplier is the same. It was a lot of money,” concludes Cruzado. “Almost 80% of the total.”

Valencia, a consensus headquarters with symbolic value for the main Spanish bank