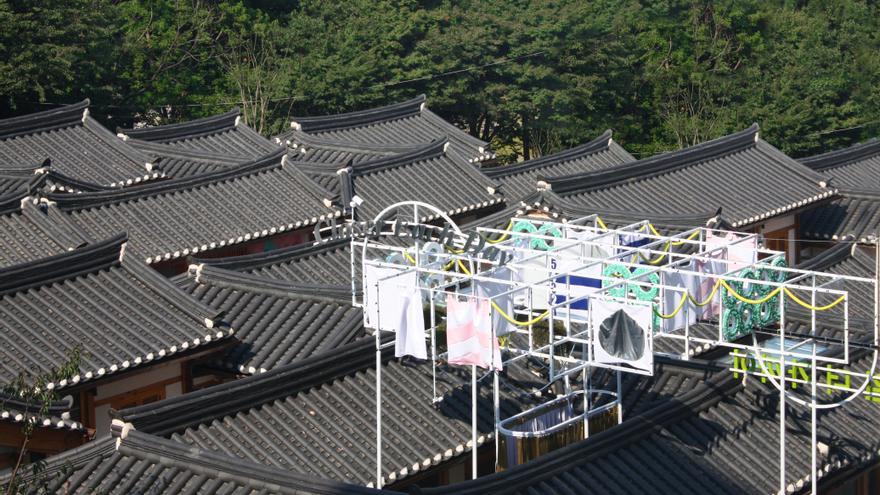 Replace cremations and burials with other more ecological processes. It’s possible? Not for now. Although the funeral industry has been working for years on new forms of ecological (non-combustion) cremation to replace traditional cremations and burials, at the moment these are just ideas. In Spain the law does not contemplate other modalities such as alkaline hydrolysis, cryogenization or dehydration processes of the corpse before proceeding to its burial.

“The final destination of every corpse will be: burial in an authorized place, incineration or immersion in the high seas.” These are the only three options provided by the 1974 Mortuary Sanitary Police Regulations, which have not been updated for almost 50 years and which is very short, according to the National Association of Funeral Services PANASEF.

“A new national law on funeral services is needed,” explains PANASEF Secretary General Alfredo Gonsálvez. “The law we have is from 1974 and we have been asking the Government, the Ministries of Health, the Economy and the Presidency for some time, a new basic law on funeral services. With so much change of government it has not been easy,” he explains.

Everything related to the field of cremations and burials is governed by the 1974 law and by the emission limit regulations of each community. In addition, since 2018, there is a consensus guide on mortuary health, which was developed to achieve a common minimum when, for example, transferring a deceased from one community to another. “The law is completely obsolete,” insists Gonsálvez.

Funeral homes, and it was seen in the last international funeral exhibition held a week ago in Valencia, are working on a multitude of technological and more environmentally friendly designs. “Funeral service companies, on the one hand, are already incorporating new technologies and, on the other, are committed to caring for the environment.”

The first is easy and they already have it up and running. Today you can broadcast a funeral live or there are applications to send condolences to families in digital form. Regarding the reduction of harmful gas emissions into the atmosphere, there are companies that have eliminated plastics and pollutants from coffins or that use electric hearses. However, there are proposals that want to go further, although at the moment they would not have legal backing.

This is what FUNECO (Funerarias Ecológica de España) defends, which has already designed an ecological coffin for cremations, made of recycled wood and without paint or hardware. “The next step to take is that traditional burials are also made with ecological coffins. If we are reducing the contamination from incinerations, the contamination of the subsoil is even more important, which goes directly to the aquifers and enters the contamination process. of the food chain “, defends the general director of FUNECO, Félix García Pedroche. In FUNECO they have also designed a project to ensure that the burials are made with the dehydrated corpse. “Through a nitrogen system, the fluid is dislodged from the corpse, which represents 70% and prevents the formation of what is called the cadaveric green stain, which is the ecological footprint that the corpse leaves at the bottom of the grave after the decomposition process “, explains García Pedroche.

Another proposal is based on cryogenization, where the deceased body is exposed to liquid nitrogen (-196ºC) and subsequently to a short mechanical vibration, which turns it into a powder a few millimeters in size. This powder is then dried and the metals are separated. They call this powder “promains” and, as they explain, it is 100% organic matter. “The promains will be buried (inside a biodegradable coffin) in the subsoil and after a few months it will become compost. That is, we can plant a tree, which allows us to be a climatically intelligent method on the one hand and the only one in the world. a world that does not generate waste, but allows us to return to the cycle of life, to the Carbon cycle. No matter where you look, everything is advantageous “, explains Olga Bolart from Promessa.

All agree that, without an update of the law, none of this will be possible. “It only contemplates the traditional burial or cremation, as much as I had the technical equipment of the promoter available, it could not be used in the Spanish territory”, comments Olga Bolart.

“Alkaline hydrolysis has many trade names such as summarization, aquamation or liquid cremation. There is no combustion in the process, so it would be wrong to call it cremation. It is a commercial strategy to make the process a little closer to a a technique that is already known and accepted, “says Igor Bragado, director of the Common Accounts conceptual office for architecture and design, which in 2017 built a prototype of a new funeral home in Seoul that used an alkaline hydrolysis device that stood in the courtyard of a private house. Bragado envisioned a city in which each neighborhood had three or four of these funerary infrastructures, which could be one more option apart from burial and cremation.

Alkaline hydrolysis uses a solution of water, with an alkaline in a stainless steel pressure tank. The tank has to be two meters long by two feet wide. The solution that is introduced is 95% water at 150 or 160º centigrade and 5% alkaline, such as potassium hydroxide. “The process breaks down the body’s organic tissues in three or five hours”, calculates the architect. The product: 300 liters of fluid “that can be flushed down the drain” and a calcium phosphate matrix, “which are bones.” After this, the bones would have to be dried and crushed to deliver them to the families, says Bragado.

“What is particular about this process, unlike cremation, is that there are no CO2 emissions and the energy used is much lower. On the other hand, the infrastructures used are relatively small. As an architect, this is what that interests me the most. The possibility of imagining cities in the future that have centers for funeral rites and memorials of a domestic size in the center of the city, “he says.

In the case of Seoul, he explains, it was interesting to consider this alternative since it lacks sufficient land due to the great urban growth. “The cremation infrastructures are of a huge scale. Almost like airports,” says Bragado.

Incinerations are closer to surpassing burials, according to the latest data released this week by PANASEF. In 2020, incinerations have reached 45.54% compared to 54.46% of burials. In the provincial capitals, incinerations now account for 60% and the low figure in rural areas, with 39.8%. According to the projections of the sector, in 2025 in 60% of the cases the incineration will be chosen.

But how much does an incineration pollute? According to the CSIC, a human body emits about 27 kilos of carbon dioxide when burned. “A cremation process has the same contamination of a traffic jam in a five-minute traffic light. Society may have some fear of cremations, but actually, the emissions are very small,” says Gonsálvez.

The president of the Funermostra exhibition, José Vicente Aparicio, argues that the sector is investing a lot in filters to reduce emissions as much as possible. “There is an increasingly harsh legislation so that in the crematorium ovens there are much more powerful filters so that what comes out is less polluting. Which is not that it is much. On the other hand, it also works on everything that is it introduces, because what comes out is the result of what comes in. Coffins have been developed without pigmentation or without synthetic varnishes, “he explains.

Connoisseurs of the sector are attentive to the advances that may come to replace traditional burials. “There are two systems [hidrólisis y criogenización] that are not yet in Spain. Some are in the US or in Asian countries. But here it is still being analyzed. There are doubts as to whether this represents an advantage or a disadvantage with respect to current incineration systems, “says Aparicio.” It will be the environmental technicians who, once analyzed, will say whether they are feasible or not. “

Then it will be necessary to see if people are ready to choose any of these options. Although, as Aparicio recalls, not long ago, perhaps 40 years ago, when people talked about cremations “people made crosses”.