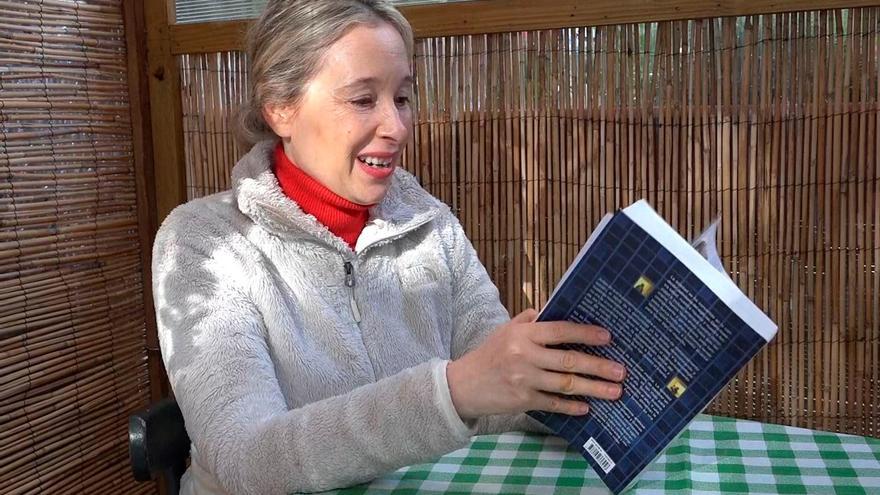 What is behind the resurgence of populism? Why do many citizens seek the solution to their problems in leaders who offer a simple, divisive and essentialist discourse? The answer, in the opinion of the British thinker Noreena Hertz, is that we feel more and more alone, further away from the neighbor, from the community, from the institutions.

We live in what Hertz has called ‘The century of solitude’, title of a book (published in Spanish by Paidos) that has sparked the debate in the United Kingdom and of which he spoke in an interview with EFE.

The tribalization of politics is just one of the symptoms that the 54-year-old academic from London points out in her essay, prepared thanks to multiple interviews that the author had over the years and a extensive bibliography with which he makes a diagnosis of the “epidemic” of loneliness that the world suffers.

“Assuming that we are inherently interested, that we do not care about others or that we are selfish by nature is a wrong description. But the truth is that in recent decades, selfishness and competitiveness have been revalued, while values ​​such as empathy, kindness or civility have decreased “, he assures.

The author does not want to be misunderstood. There must be room for competitiveness and determination. Nor does he ask “to sit around the bonfire to sing ‘kumbayá'”But remember that “goodness and collective interest matter.”

“In my research I discovered, thanks to interviews and empirical data, that those who vote for populists are more likely to feel alone, in the sense that they have fewer friends and acquaintances (…) but also in the sense that they feel disconnected from the state, from other citizens, often in places where community and identity was obtained in the workplace and no longer, “he says.

Hertz draws particular attention to the isolation felt by men, main vectors of the populist boom.

For the author of influential essay ‘The Power in the Shadow’ (2001), The decline of the unions and other associations that traditionally grouped men has influenced the feeling of loneliness to skyrocket in this group.

“In recent years we have seen an increase in politicians who say: ‘Nobody cared about you, but I did’. That ‘you’, when we talk about right-wing populists, is a very limited group. His message has been very concerned about his voters, (but) of course it has been anti anyone other than his potential constituency, “he explains.

And he gives the example of spanish party Vox, that “with his anti-immigrant rhetoric He is telling his voters: ‘We listen to you, we see you, we are here for you,’ “he adds.

For this reason, he underlines that the great challenge of today is “how to maintain a strong sense of personal identity and at the same time the will to create bonds with people different from us “.

In spite of everything, he is optimistic thanks to the “emphasis” he perceives in many countries “for returning its value to the welfare state, investing in the needs of the marginalized … “, something that qualifies as” one of the most interesting phenomena of recent times “.

This “turn to a capitalism that cares more about the people “is also taking place among the right-wing parties that picked up the ideological heritage of the neoliberalism of Ronald Reagan and Margaret Thatcher in the 1980s, when, in his opinion, individualism flourished as a “capital value”.

Always supported by one of her references, the philosopher Hannah Arendt, Hertz dissects through her book how loneliness alters the way we see the world that surrounds us, making it a more hostile and unsafe place.

And the pandemic has exerted two pressures in opposite directions: on the one hand, “it has brought people closer to their local communities”But at the same time it has accelerated the trend towards a “contactless existence”, in which anything from giving a yoga class to shopping for the week can be done without leaving home.

“Knowing the name of the postman or greeting the fruit vendor is very important to feel connected. According to studies, a conversation of just a few seconds with a bartender at a bar can make you feel significantly less lonely“, Explain.

Yet at the same time “the danger is that we unconsciously change community for comfort” with a more secluded life in homes, which is something that had already been happening before the arrival of covid-19 but has soared after the confinements.

And Hertz points to the paradox that the younger generations, who are largely more involved in great collective causes such as environment wave gender equality, they feel more alone than ever.

“The biggest explanation is that, in this generation between 15 and 26 years old, much of the connection happens through phones and digitally, and that is a different form of connection, of inferior quality (…) Only when you are face to face do your mirror neurons create empathy with the other “, he says.

And he does not hesitate to remember, as he does in his book, that all scientific investigations agree that social networks, although they can also be “very helpful”, they are “a real cause of loneliness” in all ages.