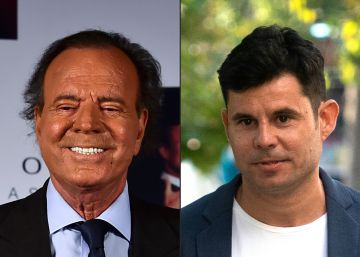 A court in Valencia has declared that, at 75, Julio Iglesias has a new son. The sentence highlights, among other issues, the "obvious" physical resemblance of the new offspring with the singer. The decision of the judge, which can be appealed, comes after decades of judicial battle, which gives an idea of ​​how difficult it can be to prove unrecognized paternity.

The question that is usually asked in these cases is what legal validity has, in itself, the refusal of the presumed parent to submit to a genetic test that confirms or denies, with a high degree of reliability, the filiation. That is, if it can legally harm the defendant, and to what extent, by assimilating to a confession. The answer is negative. At least in part.

The Supreme Court has been reiterating for decades that this rebellious attitude of the defendant is not comparable to a confession, and, therefore, it is not a test comparable to the others in terms of the degree of its "presumptive efficacy". However, it plays a "particularly relevant role" in that it is a "valuable" or "highly qualified" sign that, together with other circumstances (such as the existence of intimate relationships of the parents and the date of conception or birth) can help to "reasonably" convince the judge about the reality of filiation.

The criterion followed in these cases is to assess the set of indications that the attached part as proof of the existence of a biological link. If the defendant closes in band or does not even appear in the process, the evidence may be sufficient to legally determine the filiation relationship.

When it is impossible to take a statement to a part of the procedure, either because it does not attend the court's call or because it refuses to answer, the law determines that "you will be considered confessed", which means that everything that he denies and that he is personally involved. However, the unjustified refusal to submit to a DNA test that confirms or denies paternity does not have the value of confession, but it is an indication, which adds to the rest of the evidence that can be provided in court.

It is not necessary to prove the existence of a sentimental relationship, but it is sufficient to accredit a simple "knowledge" relationship and the probability that the paternity that is attributed to the person is indeed true. For example coincide in places that are frequented in a common way (a gym, or a dance hall) in the approximate time of conception.

The test of witnesses, or the provision of documents such as letters or photographs, can also reinforce the idea of ​​the existence of carnal access or at least that such an idea is neither preposterous nor implausible.

And if we add to this the refusal to undergo biological testing or the lack of collaboration to carry it out (which in principle are only indications), it can become a conviction for the court. Because an effect of not wanting to be tested is that the obligation to prove no longer falls on the one who claims filiation, but on the person who denies it.

The extraordinary physical resemblance, as in the case of the new son of Julio Iglesias, can tip the balance in favor of the claimant.

The DNA test is practically infallible. A trace of saliva in a glass or napkin, a hair, etc., can demonstrate almost one hundred percent the relationship of kinship. However, in order for it to be legally valid, it must meet a series of requirements. Unlike the 'homemade' test, the DNA test with legal validity is requested by the judge through an expert report. Its reliability is total (100%, without errors) and are supervised, carried out and guarded by the judicial and laboratory staff.

Therefore, is the evidence obtained from a glass used by the alleged father and provided through a detective valid? If it was done behind the affected person's back, this sample could not be taken into account by the court. The way to obtain the DNA of the presumed father counts, and much, when it comes to assessing it as definitive proof. But it is possible that it is an indication of validity to start the procedure and that the claim is admitted in court.

On the other hand, the evidence that is obtained illegally is not admissible. That is, if they are achieved by violating the fundamental rights of the defendant. In this sense, obtaining biological samples without consent can violate their privacy (as, for example, collecting personal items from garbage). On the other hand, the Constitutional Court (although in relation to criminal proceedings) considers that, in each case, the conflicting interests must be weighed, and that the breach of privacy does not always entail the nullity of the same.

In conclusion, in the process of claiming paternity is the judge who must determine if the biological test obtained by a detective is valid, although the general rule is that if it was obtained infringing rights, it should be considered void.

What if the father is dead?

In the case that it is sought to prove the filiation with respect to a man already deceased, the courts have established that it is not enough for the claim itself to request the extraction of biological samples from his remains. It is necessary, previously, to provide evidence about the existence of a relationship between the mother and the father. In the absence of these, the judge can refuse to pay due respect and the possibility of obtaining the same data from one of their direct relatives.