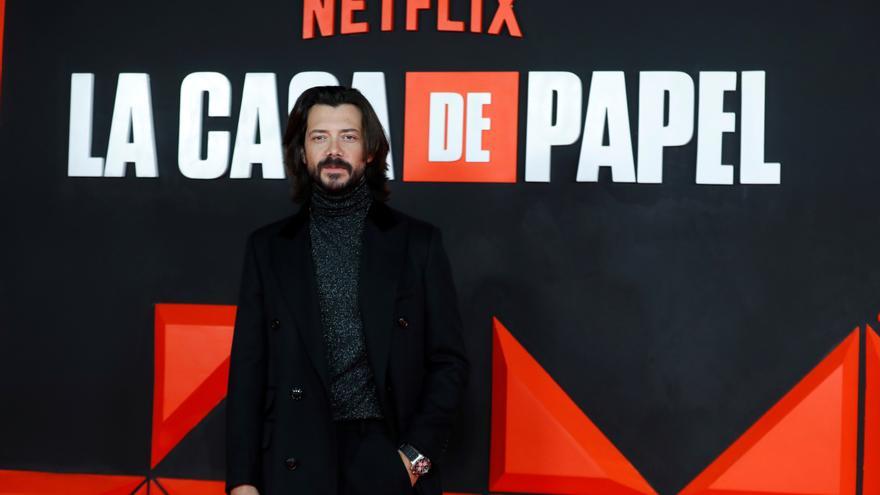 Four and a half years after his modest results in Antenna 3, ‘The Money Heist’ premieres this Friday its last five chapters in Netflix and with them ends the most successful Spanish fiction of all time, which has forever changed the Spanish audiovisual scene.

At the end of 2017, with his actors thinking that everything would end after the robbery at the mint and audiences plummeting, Netflix bought its rights, put it in its international catalog and word of mouth managed to turn it into a worldwide phenomenon, and today it is the second most watched series in the platform’s history.

It was one of the first samples of the global power of ‘streaming’. But, What has fiction to have liked so much, from Tokyo to Bogotá? After a series of interviews with his team, his cast and fans, here are the keys.

Powerful symbols: a color, a mask, and a song

‘The paper house’ would not be the same without its iconography. A red jumpsuit, a symbol of rebellion, passion and revolution. A mask reminiscent of the one from ‘V for Vendetta’ of Guy Fawkes, adopted by Anonymous activists, but nationalized with the face of Salvador Dali, the symbol of resistance and surrealism. AND a hymn song, the ‘Bella Ciao’, which was proposed by the scriptwriter and executive co-producer, Javier Gómez Santander. The anthem of the Italian partisans that animated the anti-fascist resistance in the Second World War.

It is not the same to steal from a company or someone rich, than from an entire system. In a climate of social exhaustion, political disappointment and global crisis, citizens soon embraced the symbol of resistance. The symbiosis was such that the mask, the jumpsuit and the ‘Bella Ciao’ soon began to be used in different social protests throughout the world. From the military coup in Myanmar, to the yellow vests in France, through marches against gender violence throughout Latin America.

The city names of the characters came from an Álex Pina T-shirt that said “Tokio”. As a result, they all arrived in a row: Nairobi, Denver, Bogotá, Rio… A wake-up call to the citizens of the five continents. And it is that, despite his initial disappointment in hearings, ‘La casa de papel’ was always an ambitious and global project, say its creators. After the arrival of Netflix, globalization was sought even more and the budget allowed to shoot seasons 3-5 in places like Thailand, Italy, Panama, Denmark or Portugal.

The local is hooked in Spain and powerfully draws attention abroad. The topics of the Spanish, the traditional and the traditional, the passion although bombs fall, the black humor, the jokes in tense moments. The Paella as a symbol of truce between the Government and the robbers.

Some characters stained, identifiable and full of emotions

Álex Pina says that the environment that surrounds the paper house arises from mixing two opposite concepts, action and intimacy, and from breaking the rule that “action movies are empty and superficial and intimate ones are boring”. From here his characters are born, stained and imperfect beings that have nothing to do with the typical white and good protagonist, but who have a strong emotional charge that brings them closer to the viewer. Those who look at them establish links with them, feel them deeply close, identify themselves.

The theory of Alba Flores

Alba Flores (who plays Nairobi in the series), has her own theory, the theory of football, which Úrsula Corberó recalled in an interview with Efe: “She said, what is it that attracts people the most internationally? Football. And, if you realize, this is like football because there are two teams, also some dressed in red and others in blue (the policemen), there is an anthem, which is ‘Bella Ciao’, there is a game strategy, there is politics tucked inside, there is a referee, who would be the teacher… “.

That everything the scripts tell, no matter how crazy it may seem, be realistic and possible. For this, the members of the documentation team of the series have, documentation is key. Learn from a workshop in Extremadura how to melt gold (which in the series is brass) and turn it into shot or design with a naval engineer an interconnection antechamber to access the vault of the bank of Spain.

In Spain the episodes of prime time series traditionally lasted 70 minutes, a time much longer than usual in the rest of the world. By acquiring Netflix the rights, adapted the length of the chapters to 45-50 minutes and that is why the first two seasons abroad have more episodes than in Spain. In seasons 3-5 the chapters are already 45-50 minutes long, a more suitable duration for the narrative rhythm and also for the marathons of series that many viewers are passionate about.