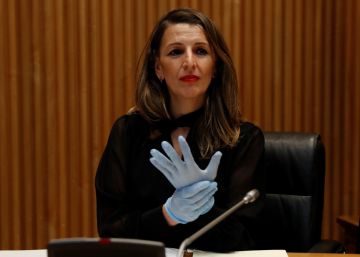 Since the start of the health crisis, some companies have taken advantage of widespread uncertainty and the collapse of the labor authorities to adopt measures that go beyond the limits of legality. This has been denounced by both unions and labor lawyers, who identify the ERTE (temporary employment regulation files) how one of the most common sources of fraud in the past few weeks. In this sense, it is not strange to find companies that force their employees to undergo both suspension ERTE and shorter working hours, forcing the latter to work longer hours than agreed.

How does the law punish this type of conduct? On the one hand, the Law of Violations and Sanctions in the Social Order (LISOS) qualifies as a very serious infraction the occupation of an employee while he is collecting a Social Security benefit that is incompatible with work for others (as occurs in this case). The fines range between 6,250 and 187,500 euros, depending on factors such as the severity of the conduct, the size of the company or the workers affected.

In this sense, María Jesús Galiana, director of the labor area of ​​Novit Legal, points out that one of the royal decree-laws approved during the state of alarm (specifically on 15/2020) toughens the punishments for companies that are currently abusing . Thus, the company not only has to face the sanctions described above, “but it must also return to Social Security the benefits received improperly by its workers,” as well as the exemptions from which it may have benefited. In addition, the text establishes that the employee will retain the right to his salary, so the firm must pay him the difference between what he received from SEPE and what corresponds to him for the hours worked over.

Now, what happens if it is proven that the fraud has been orchestrated between the company and the worker? An example of this would be a company that does a suspension ERTE, but offers an employee to work his normal schedule, charging the proportional salary (and therefore saving the percentage paid by SEPE). Faced with this assumption, Luis Fernández Pallarés, a labor lawyer at Legales Sin Fronteras, warns that the obligation to return wages would fall on the worker, because it is understood that he has collaborated in the fraud.

The lawyer recommends, therefore, to reject this type of offer and to go to the Labor Inspectorate as soon as possible. “The complaint acts as a safeguard for the employee to demonstrate that he had nothing to do with the fraud,” he recalls.

When should the complaint be filed? Ana Ercoreca, spokesperson for the Union of Labor Inspectors, is clear about it. “From the moment there is a reportable act and the sooner the better.” Although the state of alarm does not allow doing it in person, the inspector stresses that it can be done electronically from the website of the Ministry of Labor. The complaint may be anonymous or not, although it is advisable to include the identity “which, in any case, will never be revealed to the company,” he stresses.

Up to 6 years in prison

The company’s liability in these cases is not limited to inspection fines, but can also carry prison terms. Thus, if the amount defrauded (that is, the benefits received improperly by the staff) exceeds 50,000 euros, it would be considered a crime against the Public Treasury, punished with strong economic sanctions and jail terms of between one and five years, as stated in article 307 of the Penal Code. If the 120,000 euros are exceeded, the responsibility could be up to six years in prison.

In addition, the regulations prohibit the plaintiff from obtaining public subsidies or aid or enjoying Social Security tax benefits or incentives during the period of three to six years.

On the other hand, it could also be considered that the increase in hours implies a harmful imposition of working conditions. This infraction is included in article 311 of the Penal Code, which punishes between six months and six years in prison for those who “by deception or abuse of a situation of necessity, impose on workers conditions of work or Social Security that harm, suppress or restrict their rights. “

For Fernández, this type of behavior is easier to execute in ERTE to reduce working hours. Why? On the one hand, because it is more difficult to prove that more hours were made than the account that was worked on days when it was not due. Furthermore, remote work, strongly driven during the pandemic, makes it easier to carry out these practices. And the fact that not being in person in an office makes it difficult to track the hours worked and excesses are not always recorded.

So how can you prove that you are really doing a better day than the one established in ERTE? Ercoreca recommends shielding yourself and collecting evidence that may be useful, such as emails and calls from higher-ups, distributing work after hours.

However, Fernández warns that if there is no express order, the company would not have to face responsibility, since “it is understood that the worker does it of his own free will.” This is common in the case of firms that reduce the hours of their employees and do not explicitly oblige them to work full hours, although the workload is the same or even greater. In these cases, the lawyer believes that it is the employees themselves who have to stand up and not do those extra hours, going if necessary to union representation to support them.

Another illegal conduct similar to that described is forcing (or insistently requesting) employees to work during their vacation days or paid leave. In this sense, Luis Fernández Pallarés, from Legal Without Borders, insists that the first thing the worker must do is oppose, and collect evidence (e-mails or telephone conversations recorded with higher managers) that collect both the company’s request and the corresponding negative. Thus, in the event of a dismissal, it could be declared null “because a fundamental right would have been violated,” recalls the lawyer.