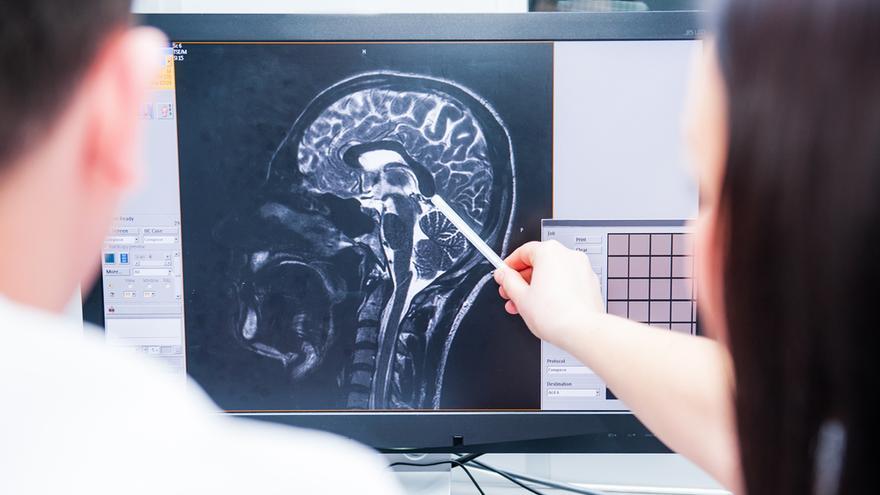 Does it differ brain of abusers anatomically and functionally to those of other men? The Spanish researcher Agar Marín studies the neuroscientific variables that can influence gender violence and has discovered that sexist aggressors show brain activity that is different from that of other men in matters related to moral decision-making, empathy and emotional regulation .

Marín, a doctor in Psychology from the University of Granada, investigates the brain functioning of men convicted of gender violence to know if there are neuroscientific variables that contribute to abuse with the aim of expanding the knowledge that is possessed of a such a complex and multicausal phenomenon to help reduce its prevalence and recurrence.

"We have found that abusers have a specific pattern in situations of gender violence, but it cannot be seen at any time as damage, since they show normal brain function in situations that are not gender violence. At no time is this may deserve a reduction in his criminal responsibility", explains Marín to 'The Newspaper of Spain'.

An abuser is not born, he is made

"An abuser is not born, but is made through education and all the situations that are living in this patriarchal society. It's the environment, he's not born an abuser, it's not an inheritance, his brain is shaped by context."

The researcher makes it very clear that these variables are not determining factors, they do not cause abuse, but rather they are one of the factors (in addition to social, environmental and psychological) that contribute to the exercise of violence: "We are not talking about brain damage, but of neuroscientific variables that contribute to exercising violence, but do not cause it by themselves. They are part of a set of social, educational and individual variables of each person, that is why it is important to study them to have a complete vision".

For a long time there has been a refusal to evaluate brain functioning, considering that it was a way of justifying violence and Marín clarifies that it is just the opposite, of have more information to improve treatments, prevention and reduce the incidence of abuse: "We have to know what happens with the neuroscientific variables, we cannot ignore them. If there is something that is not analyzed, we are losing information on factors that can be useful to fight against violence ".

Marín has carried out various experiments to study the brain mechanisms of sexist aggressors by analyzing the results of magnetic resonance. Her research is part of a project that evaluates the brain functioning of abusers and the consequences that violence causes in female victims.

Marín found that the response of both groups was similar to the dilemmas about general violence, however, the brain activity differed when posing the dilemma about male chauvinist abuse: they had to answer yes or no to the question of whether they would exercise violence, whether physical or psychological , against their partner if they had a particular problem with her.

The criminals activated the brain areas responsible for the dilemmas, but the abusers did not.

There is no brain dysfunction

"This suggests that they do not have brain dysfunction, because they activate these areas in certain dilemmas, but it seems that deciding whether or not to mistreat their partner does not imply a moral conflict", he emphasizes. Also, specific psychological treatments should be proposed for male abusers aimed at changing their macho value system.

In this study, it was also discovered that sexist aggressors had a high rate of "social desirability", that is, they responded based on what they thought was most appropriate, not what they really thought.

"The sample that I have evaluated shows a type of abuser who is empathetic outside the home, regulates his emotions and is moral, fights for the rights of others, but at home he mistreats his wife and has little empathy with her. In other Studies, at a psychological level, had already found that abusers consider themselves moral persons and defend their beliefs to such an extent that they self-deceive if necessary to maintain their moral self-concept," says Marín.

As moral processing is related to emotional processing, the researcher carried out a second experiment to evaluate emotional regulation in male aggressors.

This time three different groups of men were compared: abusers, other criminals, and individuals with no criminal record. Inside the MRI machine, they were asked to respond to different images by increasing their emotion as much as possible, reducing it as much as possible, and observing them without regulating their emotions. The images were related to gender violence, others neutral and others unpleasant.

The finding is that the abusers activated the same brain areas as the rest when faced with unpleasant images, but their activity differed from those related to abuse: "When the data was crossed with psychological tests, this differential activation was related to worse empathy and maladaptive emotional regulation strategies, which could indicate that they show less empathy with their partners, but not in other situations."

"The thesis shed hope for psychological treatment. It is not that they do not have the capacity to regulate their emotions, empathize or be moral persons, so with focused and personalized treatments they can work on these aspects towards their partners," says the researcher.

The results of his studies have been collected in his doctoral thesis "Cerebral mechanisms of moral decision-making and emotional regulation, cognitive re-evaluation and empathy, in men convicted of gender-based violence", which has been a finalist in the awards of the Delegation of the Government against Gender Violence to the doctoral theses on violence against women for the year 2021.

The 016 assists victims of all forms of violence against women. It is a free and confidential phone that provides service in 53 languages ​​and leaves no trace on the bill. Information is also provided via email. [email protected] and counseling and psychosocial care through the WhatsApp number 600,000,016. In addition, minors can contact the ANAR phone 900202010. All resources against gender violence.