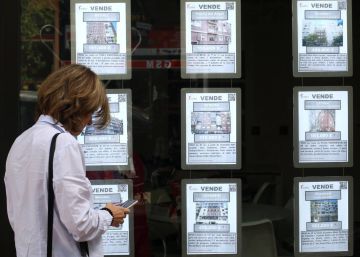 The House continued to rise in 2019, but the main Spanish cities experienced a market slowdown. The biggest slowdowns were observed in Barcelona and Zaragoza. In the Catalan capital, the average price per square meter ended the year at 3,362.8 euros, only 0.7% more than in the fourth quarter of the previous year. This small margin of growth contrasts with those of previous years, when the appraised value of housing, according to statistics from the Ministry of Transport, Mobility and Urban Agenda (formerly Development), increased at double-digit rates. In Zaragoza, the price of housing went from rising 13.4% in 2018 to a meager 0.6% in 2019.

Among the six cities that exceed half a million inhabitants, Malaga (with a year-on-year growth of 8.9%) and Valencia (8.7%) are the ones that showed the highest rising rates. But even in these cases there is a clear deceleration: in the Andalusian city the houses increased in price a year earlier to 12.9% and in the Valencian capital they did so at 15.5%.

Emilio Portes, director of Q&RM (quantitative and risk models) of the JLL consultancy for Europe, the Middle East and Africa, believes that after the price adjustment is the fact that “the effort rates of families are reaching maximum levels “. In Madrid, for example, the consultant calculates that a household needs 18 years of savings to be able to access a home. This makes prices “have more travel up” in other municipalities compared to large cities.

Tensions move away from the metropolis

Another pattern observed in almost all those cities is that price tensions in their metropolitan areas are increasingly moving away from the center. The phenomenon is very clear in Madrid. 17 towns around the capital saw their prices increase by more than 10% in 2018. Last year, all those municipalities returned to single-digit growth. And of all the nuclei of more than 25,000 inhabitants (those contemplated by the statistics of the Ministry) that are in the Community of Madrid, the one that grew the most was Aranjuez, located 50 kilometers from the capital. In the metropolitan area of ​​Barcelona, ​​Gavà was the city where prices tightened the most (they grew 17.7%), but the other two cities with the highest price increases in the province were Premià de Mar (27 kilometers from the capital Catalan) and Vic (73 kilometers away).

“We have been observing for a while that the second and third crowns are growing more than the capitals,” says Jaime Fernández, director of the study service of the Association of Construction Promoters of Spain (APCE). The expert describes a “domino effect” in which “capitals are driving out buyers with tight budgets.” However, from APCE they point out that the fall occurs mainly in the second hand, where “home sellers are lowering their expectations a little”, since the new work that is purchased now responds to presales of about two years ago and It was agreed with rising prices.

Gavà, precisely, is one of the municipalities throughout Spain where prices increased the most. They only did more in Calvià, located in the east of Mallorca, since there the houses became more expensive by 18.7%. Another island city ranked third in the municipalities where housing increased the most: Puerto del Rosario, the capital of Fuerteventura, saw floor prices grow by 16.4%.

San Sebastian, the most expensive

In absolute terms, San Sebastián finishes another year as the most expensive city in Spain. The square meter is quoted there at 3,811.1 euros on average. They are only 1.2 euros more than in Ibiza, which in the middle of the year the scepter of the municipalities with the most prohibitive dwellings fleetingly took the Basque city. After San Sebastián and Ibiza there is another municipality on the Balearic island, Santa Eurlària des Riu, with 3,711.5 euros per square meter. The fourth position corresponds to Sant Cugat del Vallés (Barcelona) with 3,474.6 euros per square meter. Barcelona capital (3,387.4 euros) and Madrid (3,332.9 euros) are in fifth and sixth position.

Puertollano (Ciudad Real) and Elda and Villena (both in Alicante) are the three municipalities with more than 25,000 inhabitants where housing is cheaper. Castellón de la Plana (887 euros per square meter) is the provincial capital where housing has the lowest average price. The average for the whole of Spain stood at 1,652.8 euros per square meter, 2.1% higher than in the fourth quarter of 2018. It is the lowest growth in three years, since both in 2017 and 2018, the housing became more expensive at a rate higher than 3%.