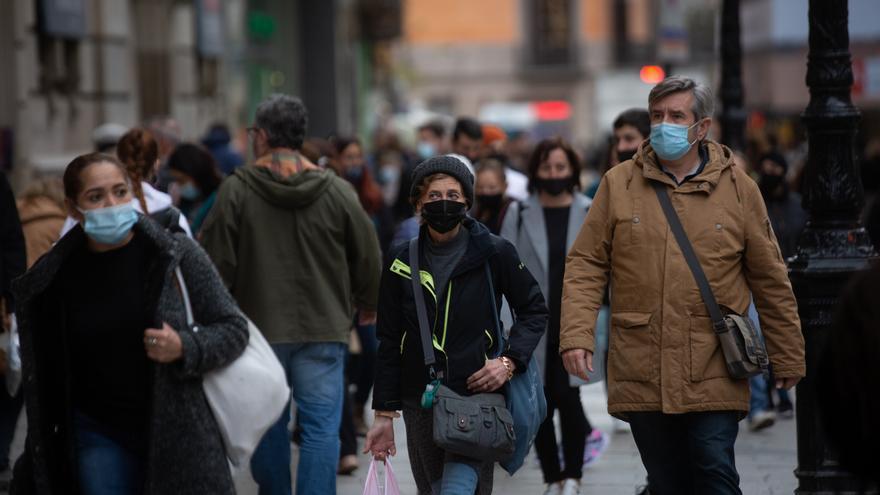 The territories that have notified data on the evolution of the pandemic point to yet another day of decline in coronavirus transmission indicators, in view of the fact that fewer cases are reported to health services on weekends, but with the finding this week that the decline in the sixth wave is already beginning to give a real relief to hospitals.

In the absence of generic data for the entire country, the autonomous communities and cities that offer figures on weekends have reported an almost generalized decrease, in some important regions, in the number of infected, which underpins the downward trend of the last few days.

The hospital pressure both on the ward (around 13%) as in the intensive care units (already below 20%) has been shrinking progressively this week as well as infections, still very high in most of the communities. A trend supported by the lower number of admissions that the territories have also registered during the weekend.

However, more than 10 territories in Spain their ICUs are still above 15%, considered a very high risk threshold.

This decrease in the cumulative incidence throughout Spain, even above 2,000 cases for and waiting for the official data from the Ministry of Health tomorrow, it occurs in a context in which not all communities count the real number of daily infections, since the health services in some territories do not compute home self-tests or those detected in pharmacies in order to calculate the incidence.

The infection rates that some communities have given this Sunday correspond to Saturday.

It is the case of Aragonwhich has reported 962 corresponding positives, 984 less than the previous day (Friday) and 935 less than those registered a week before, and no deaths.

Too Murciawhich registered 758 new infections on Saturday, less than half that of the previous day, with which the decrease in cases continues, although the number of deaths remains high, with eight.

Balearics It has diagnosed 688 new cases in the last 24 hours, when 67 coronavirus patients are admitted to the ICUs, which represents an occupation of 19.6%, the lowest pressure since January 4.

Navarre It has experienced a large decrease in new daily cases, adding 395 on Saturday compared to 738 the previous day, a decrease that may be motivated, clarifies its Ministry of Health, by the lower number of diagnostic tests that are carried out on weekends. when health centers are closed. In addition, 3 people have died.

Cantabria It has reported 530 infections, almost 300 less than in the previous balance, and another six deaths, with the incidence falling but with a slight rise in hospitalization.

Despite everything, two years and ten million infections after the first case of coronavirus in Spain, you can still find municipalities that have not reported any contagion: they are few and small, but they can boast of being the last strongholds in this global pandemic.

After six waves, the last one especially contagious due to the omicron variant, of the 8,131 municipalities in Spain, some 76 are still free of the virus, a figure that does not appear Castile and Leonwhich reports by basic health zones and not by localities, nor Cataloniawhich only gives data from towns with more than 200 neighbors (none of which has been saved from contagion).

The region with the most undefeated towns in the face of the pandemic is Castilla-La Mancha, with 30, followed by Aragon (24), La Rioja (13), Valencian Community (7) and Andalusia Y Canary Islands (1 each), according to the data provided to EFE by the health departments of the different autonomous communities.

On the contrary, after 737 days of the pandemic, no municipality in the Balearic Islands, Murcia, Extremadura, Asturias, Galicia, Cantabria, Madrid, Navarra and the Basque Country has been spared from covid-19, where its last redoubt fell last August, the Pipaón council.

Tourism weighed down by two years of pandemic

Already on an economic level, this Sunday it has been known that the pandemic has left a desolate trace in the sightseeingwith losses totaling at least 150,000 million euros and about 117 million fewer tourists, although the forecasts for 2022 are much more optimistic.

It will not be the year of the full recovery of the values ​​from before the pandemic, agents in the sector agree, but it will give a strong boost to tourist movements to return to normality between 2023 and 2025, depending on the activity segments, from according to data from the surveys of the National Institute of Statistics (INE).