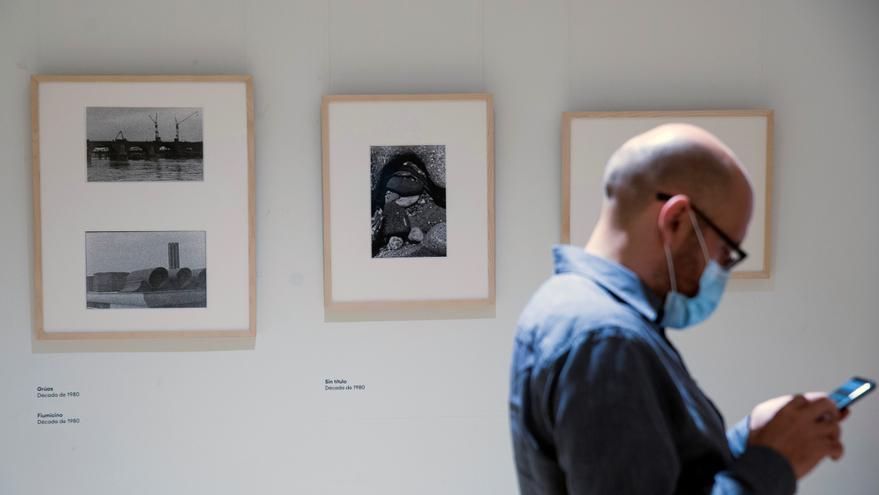 Madrid, Jun 4 (EFE) .- Nonconformist and with its own language, the work of the photographer Lydia Anoz comes from the Museum of Navarra to the Royal Photographic Society in the form of documentary photography, portraits and landscapes that reveal traces of the personality of the artist and that is now part of PHotoESPAÑA 2021.

“His work has great power at the plastic level, a lot of technique and an eccentric character. She was a woman suspicious of her creative freedom and during her two stages of creation she sought to form her own path through a personal style that results in unmistakable works, ”said Celia Martín Larumbe, curator of the exhibition, during the presentation.

Organized by the Museum of Navarra and housed in the Royal Photographic Society, the exhibition "Hortos conclusus", which is part of the Official Section of the PHotoESPAÑA Festival, was attended by Rebeca Esnaola, Minister of Culture of the Government of Navarra, the director of PHotoESPAÑA Claude Bussac, and the director of the Royal Photographic Society, Enrique Sanz.

Lydia Anoz is one of the leading photographers between 1940 and 1980, for this reason and according to the curator “we are at the moment of rethinking things, and putting in their place figures who were very important at the time,” she explains, stressing "It is not a question of rewriting or reinventing, but of giving the place that corresponds to these figures."

Anoz's work, marked by the Spanish postwar period, thus allows us to discover "a self-taught photographer" through her particular style, in which she articulates for her works a conjugation of "lighting, composition and laboratory work", which give as result images of an apparent simplicity worked in a meticulous way.

"With few elements it generates plastic density and depth in images that, although apparently simple, keep a technical precision that arises as a result of its great photographic culture and a lot of study and laboratory work", points out Martín.

Although the photographer never abandoned photography, she did remain away from artistic creation on a voluntary basis for almost two decades, later generating series in 1980 on some historical events, which make her particular way of looking at the world tangible.

Contact sheets, work notes and manuscripts accompany some of the images created by the author, who stood out in works such as documentary photography, portraits and landscapes, which the viewer can now observe in "Hortus conclusus", at the Royal Society Photographic until July 29.

"The work of Lydia Anoz has so much power in itself that it does not need any explanation or development of it", reels its curator, who invites the viewer to immerse themselves in the exhibition, whose montage, with an intimate light, "encourages the visitor to come closer to the images, to enjoy the details. "