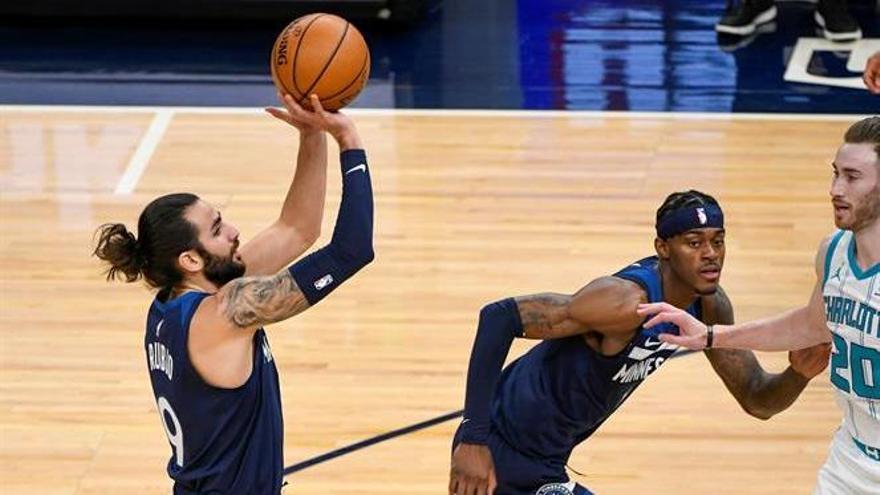 The Charlotte Hornets humiliated the Minnesota Timberwolves 102-135, the Spanish team Ricky Rubio and Juancho Hernangómez, which already accumulates its ninth consecutive loss and he is unable to lift his head despite his recent managerial change.

The Hornets finished 33 points ahead of the Wolves in a game that ended practically in the first quarter and in which Charlotte guard Terry Rozier became the game’s leading scorer with 31 points, followed by his partner Gordon Hayward with 23.

After the end of the game, Chris Finch, the new coach of the Timberwolves, declared in a press conference that the performance of his players was “unacceptable” and that at the turn of the bye week that the Minnesotans start tomorrow, there will be changes and that “those who want to compete” will play.

Since Finch joined the team to replace Ryan Saunders on February 21, the Timberwolves have lost all five games they have played, sinking them further into last place on the table, with 29 defeats and only 7 victories this season.

The changes Finch anticipated may help the forward Juancho Hernangómez who has only played 10 minutes in the last four games.

The game did not start badly for the Wolves. The Rubio and Karl-Anthony Towns (KAT) combo worked from the first play, in which the Spanish base gave an assist to the pivot who would score two points after crushing the rim.

Rubio created opportunities for his players and scored. In the first four minutes, the point guard of El Masnou accumulated 7 points, 6 of them with two triples, and 4 assists. In front, only Hayward and LaMelo Ball worked.

The result was that before reaching the middle of the first quarter, the Wolves accumulated an advantage of 11 points, 21-10. By the time the Minneapolis team’s first rotation came, the gap had dropped to 4 points, 23-19, after a series of errors in defense and attack.

The fragility of the Timberwolves, the youngest team and worst defense in the NBA This season, he made it impossible for them to regain ground lost in the first quarter. Slowly but inexorably, Rozier, Ball, Hayward and Malik Monk took advantage of successive Minnesota errors to widen the gap on the scoreboard.

At the break, the score was 56-62. In the third period, the Timberwolves received 36 points and only made 20, which placed a 76-98 in the bright. It was in that third period that the Minneapolis players could be seen walking head down towards their coach in a time out and Rubio, who was on the bench, trying to cheer them on.

The situation did not improve in the final 12 minutes, in which the Wolves received 37 points and scored 26.