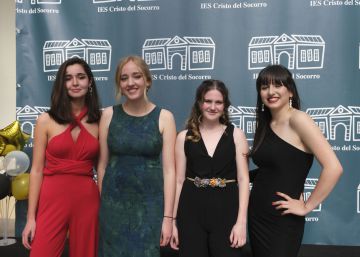 Chance has been the one that has decided this course the student of second of baccalaureate that obtained the matriculation of honor in two Spanish institutes. Four students from the Cristo del Socorro center in Luanco (Asturias) and seven from Professor Hernández Pacheco de Cáceres obtained a 10 in all the subjects, but could only receive two in the case of the first and four in the second. The legislation establishes that each institute can only deliver the maximum academic recognition, an honorary registration, awarded in some communities with free enrollment in the first enrollment of the university, to one in 20 high school graduates.

Sources of the educational inspection in Madrid explain that this situation is becoming more frequent. "The centers should establish clear criteria to address this problem," they say. The institutes must collect in their educational project the criteria for granting enrollment, although there is no rule that requires them to do so. Very few Education Councils offer guidelines in case of equality and the decision is usually in the hands of the center, as long as the student has more than a 9 on average. Castilla-La Mancha indicates that if the tie persists will proceed to deliver the registration of honor to all students. In Andalusia, the counseling indicates that if there is a tie, it is necessary to review the grades of the first year of the baccalaureate. If it persists, it can be reviewed up secondary notes.

The day of the collection of notes in Professor Hernandez Pacheco the director, Felipe Fernandez, called the seven Extremadura tied with a 10. He explained that three could not receive the registration, that the Administration allows four. "After long debates to undo the draw, the only option we came up with was the draw", explains Fernández. In one office several teachers, the director and the bachelors involved wrote the names on some pieces of paper and looked for a container. "And what we had at hand was a hat," Fernandez said, "and I insisted on being the one to take the name of the four award-winners, so that the students that were left without registration, if they got angry with someone, went with me ".

"It is an arbitrary criterion. My daughter is not going to have the registration, but I hope that another mechanism is found and that this does not happen again, "says José Luis Gutiérrez, father of one of the students of Professor Hernández Pacheco. Gutiérrez has written a letter to complain about the situation to the provincial delegate of Cáceres. Her daughter has then taken out a note of 13,875 out of 14 in the Selectivity tests.

In the case of the Asturian Cristo del Socorro the raffle was held in the teachers' room. It was a public event that could be attended by students and teachers. "They put the names of all four in a container and it was recorded on video," explains Carmen Ruiz (18), who was left without the license plate along with Irene González-Pola. None of the four attended the draw. "It was an act of protest because it did not seem fair," says Virginia Fernandez (17). Fernández and her partner Carmen Vigil were the winners, but decided to write a letter to the Ministry of Education of Asturias to renounce recognition. "They have not answered us and we believe that it has not had any repercussion because in our note bulletins the registration appears," say Vigil and Fernández.

In Asturias, the centers must decide. "By having 39 students in high school, the counseling only allowed us to submit two enrollments, but we requested to give the four because we thought they deserved it, but they did not leave us," explains María Antonia González, director of Cristo del Socorro. "We did the draw very much to our regret," he laments. The director of the Extremadura center also complains about this restriction. "We have discussed a lot about how to resolve this issue, and we will continue to do so," says Fernandez. "If they leave the criterion to us, let us also decide the number of license plates, because we would have given them all," he says.

"If I had had the registration I would have considered going to Salamanca to study because I did not have to pay for the first year", concludes Carmen Ruiz, who will start her degree in Spanish Philology at the University of Oviedo in September. "Our claim is not against the institute, but against the Ministry of Education, which has only offered the draw as a solution. What we are looking for is that this does not happen again, "says Virginia Fernández, who has decided to study Primary Education in Oviedo while continuing her cello studies at the music conservatory.