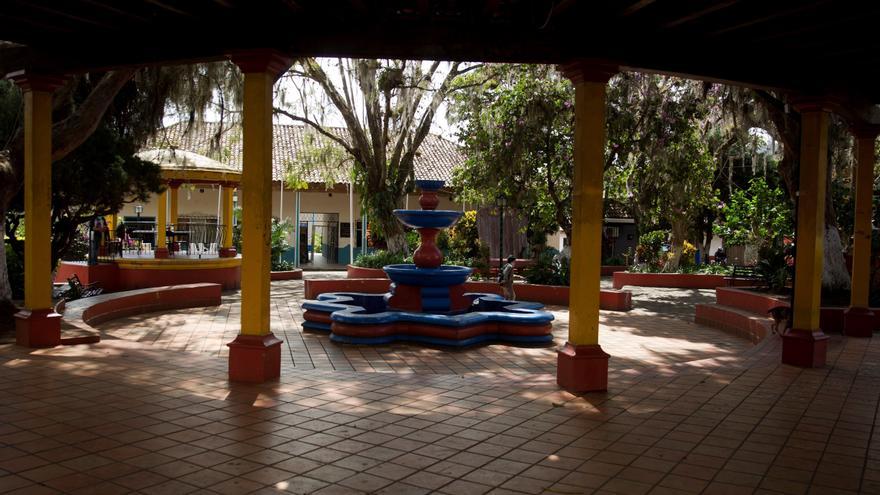 Tegucigalpa, Feb 2 (EFE) .- The tourism sector in Honduras lost more than 1.3 billion dollars in 2020 due to the covid-19 pandemic and the damage caused by tropical storms Eta and Iota, which hit Central America in November. and about 100,000 jobs.

“2020 is a year that left us many losses and this sector is very vulnerable, very sensitive that a storm very easily disrupts the plans of a tourist to be able to do tourism,” the undersecretary of Tourism of Honduras, Selvin Barralaga, told Efe .

According to data from the National Chamber of Tourism of Honduras (Canaturh), cited by Barralaga, the paralysis of the tourism sector in the country due to the SARS-CoV-2 coronavirus, the cause of covid-19, caused a loss in 2020 due to “more than 30,000 million lempiras (1,239 million dollars) “.

Honduras also lost 2.6 billion lempiras ($ 107.4 million) in damage to tourism infrastructure due to the effects of tropical storms Eta and Iota, which hit Central America in November 2020, according to a report by the Economic Commission for America. Latin America and the Caribbean (Cepal), he noted.

“2020 is a year for history, but in negative terms,” ​​said Barralaga, who also indicated that Honduran tourism lost 7,000 million lempiras ($ 300 million) of income at Easter last year.

Tourism is an activity of “contact, where that closeness is required and be able to have that contact with nature,” which has been affected by the pandemic, he stressed.

The sharp drop in activity due to the coronavirus also destroyed more than 100,000 jobs in Honduras, where tourism accounts for 6.5% of gross domestic product (GDP), representing some 40,000 million lempiras (1,652 million dollars). ), said the official.

He assured that 2020 is the “worst year” for tourism, with 430 million dollars less in international arrivals.

The industry without a chimney is “really going through the biggest crisis in history”, although companies have made “an act of responsibility to be able to implement biosecurity protocols to be able to offer that trust and different products,” he stressed.

2020 was a “fateful year, it left us great losses, it is really something irreparable, because the fact that the high seasons are not taken advantage of is completely lost,” lamented the official of the Ministry of Tourism.

More than 90% of tourism companies in Honduras are micro, small and medium-sized companies, 87.8% are of national capital and more than 50% have up to 10 employees, according to Canaturh figures.

The outlook for 2021 is “very uncertain”, although Barralaga is confident that with the arrival of the first vaccines against covid-19, in mid-February, the situation will improve in Honduras, although it will be “a slow process.”

He stressed that air connectivity is “key” to attract tourists to Honduras, so the new Palmerola airport, whose works will conclude this year, generates many “expectations,” he added.

The new terminal, with an investment of more than 160 million dollars, will operate on the same site where a Honduran Air Force base built by the United States operates at the beginning of the 1980s.

“Honduras has all the potential to offer tourism; however, it will require a lot of work and the accompaniment of the different sectors,” the official emphasized.

In his opinion, tourism in Honduras could take between “three or four years” to return to the levels of 2019, when it reported income of 620 million dollars.

“Tourism is not a priority economic activity”, but it is a sector that offers “many benefits and allows families to have spaces for coexistence, to acquire knowledge, but it is not a basic need that humans require,” he explained.

However, the Ministry of Tourism and businessmen in the sector are “preparing to captivate” tourists and see Honduras “an opportunity” to travel, he added.

The Vice Minister of Tourism assured that it is “very difficult” to reinvent itself in the midst of the pandemic, which already leaves the country with nearly 150,000 infections and 3,614 deaths since last March, when the first two cases were reported, two Honduran women.

“In Honduras we have been working hard to implement biosecurity measures, in fact, we are a benchmark country in the matter of restaurants that began to implement their protocols (…), the country is ready to receive them,” said Barralaga, who He urged Hondurans to “value ours.”