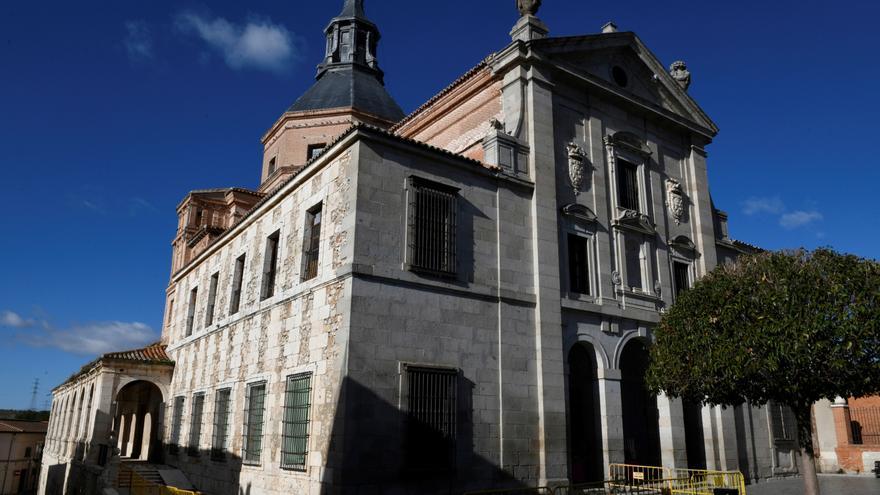 Loeches (Madrid), Jan 10 (EFE) .- After spending four years uninhabited, since their last Dominican nuns left, in the Monastery of the Immaculate Conception of Loeches (Madrid) homeless people and artists have coexisted for a few months, who are recovering with a project the memory and the everyday objects of the convent.

At the head of the project are the Fundación San Martín de Porres, aimed at the homeless, and the artist Julio Jara, who almost twenty years ago began to live with the residents of the shelter that the foundation serves in the Madrid district of Carabanchel and to develop with them cultural and creative activities.

“The logical thing would have been to arrive here with an approach to the project, but we did it the other way around, also influenced by the reality that touched us, which was the pandemic. So five people came here and then it started to look like what it is called home “, explains Jara to Efe.

When the last Dominican nuns of the convent, already of advanced age, considered leaving the monastery, they proposed to the foundation “to give it a new use or an extension of use”.

“When things are over, they can also come up again with new people, in this case homeless people. Reviled buildings, for reviled people,” says Jara.

They cleaned, cleared, planted the garden. “We work in the morning, and we leave the afternoon for motivations, personal or not. There is a space for culture, a space for art, one for intimacy and one for community, all with a normalizing spirit,” explains Jara.

The aim is to create a plural community, “of people who come and go”, but want to work, “without stereotypes from within or without, of inclusion or exclusion”.

“What we want is that there are no profiles, that we are all people,” he stresses.

Together with Julio they currently live in the Óscar and Andrés monastery; the latter arrived in January at the foundation’s hostel in Madrid and in September he moved to Loeches.

“Life here is normal, you have to do work, and you enjoy the place, because it is so wide? It is like special to pass the pandemic,” says Andrés.

Beyna also accompanies them some days. “I come every weekend, because I have another job; we plant a little, clean, take care of the site, to inhabit it again,” he says, smiling under his mask.

They have made the rooms of the old infirmary of the convent their bedrooms, and arranged others for the guests who, like the artist Rafa Paniagua, have spent days there with them.

In the basement of the monastery they have created their own art gallery, in which they have already exhibited the postcards of the illustrator Ferrandiz with which the Dominican nuns had decorated their chicken coop.

“We want everything that is exhibited in this gallery to be typical of the monastery”, says Jara. The next thing they will exhibit will be the photos they have taken of the elements and places “of transcendental functionality” that they have been finding in the convent.

Like the drawers in the dining room assigned to each person, the gas pipes with which the nuns decorated a burial in the garden or a closet so austere that it is only a door placed on the corner of a room.

“It is not needing anything, it is something totally devoid of aesthetics but full of functionality, which is so economical, it is art”, he points out.

A self-taught artist, always attracted to the poor, and “always everywhere but without a fixed point”, Jara says that his first month as a normalizer at the Carabanchel shelter “was a very strong experience.”

“The first day they left me at the residence I didn’t cry out of a pure miracle. I said:” What am I doing here? This has been a hallucination of mine, “he says.

Since that day, almost twenty years have passed, in which he has united art and exclusion, has taught and learned from the homeless, and has shared with them his experiences in Norway, the United Kingdom or Germany.

Last December, the Daniel and Nina Carasso Foundation awarded him the Committed Artist Award for his projects, which use art as a tool for social transformation.

His intention is to dedicate the 30,000 euros of the prize to rehabilitate the upper floor of the monastery, where the rooms of the nuns were located.

“It could be for example a residence for artists, where we can cooperate with people or homeless people can come to live here,” he says.

Still in the phase of adapting the convent, they hope to receive new residents in the dormitories that they have been fixing soon.

“In the end, the excluded are excluded for the bad and for the good too; this can be an alternative, not isolating ourselves from the world, but generating another kind of world,” says Jara.