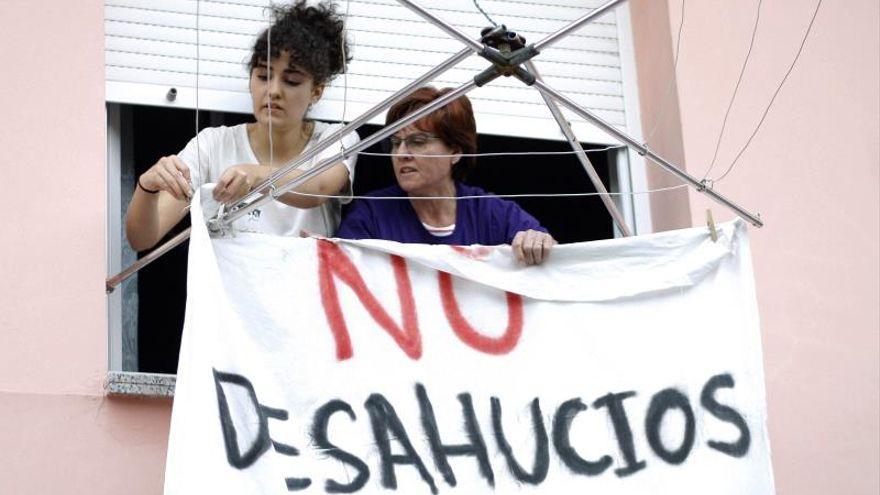 2020 concludes. A year ago the political news in Spain focused on the formation of a new government that, after an absurd electoral repetition, was finalized in the coalition pact between the PSOE and United We Can. Many people celebrated this agreement and trusted that the new Executive would reverse the most regressive aspects of the policies of his predecessor, that of Mariano Rajoy, and would develop a more or less ambitious social agenda. The truth is that the coalition government of the PSOE and UP was just beginning its journey when it had to face an exceptional situation, motivated by the irruption of SARS-CoV-2.

The first phase of the health and economic crisis had a strong impact on the states. The EU suspended austerity, and in Spain and the rest of the EU countries increased public spending considerably to prevent the labor market and economy from collapsing. Later we have suffered a second wave of the pandemic that could be faced with a greater degree of foresight. The measures taken to contain the spread of the virus have not been as strict as they were in the first phase. However, in Spain, we will end the year with a strong contraction of GDP, greater than 10%, due to confinement, restrictions on mobility and the collapse of tourism.

There are so many reflections that we are inspired by this uncertain present that we live in, that it is difficult to determine what is important. Everything is, the health aspects of this crisis, the way it has been approached and the burden of the cuts suffered as a result of the financial rescue, its economic effects and the repercussions on the most vulnerable population. It is a multidimensional crisis where some aspects are interrelated with others. At the same time, and always from my opinion, the different threads seem to come together in the European question, being the supra-state institutions of the EU where, to a large extent, our future is at stake.

Thus, last July an agreement was reached among the Member States on the endowment of an important part of the funds that the EU will allocate to recovery, through the so-called Next Generation Fund. An agreement with positive and negative aspects. The amount of aid will be financed with debt issued by the European Commission, with the guarantee of the Community Budget, which implies a certain degree of mutualisation. The fund will consist of a part of aid that will not have to be repaid, and another part of credits that the states will have to return.

The European Stability Pact has been suspended for the moment, as we mentioned, which does not mean that in the future austerity policies will not be applied again. The receipt of the aid will be subject to the control of the Commission and the Member States, not the European Parliament, in such a way that the recipient States must submit their budgets to the Community approval. The negotiations with the so-called “frugal” states were tough, and we have already seen recently the problems that have existed with Poland and Hungary to release the funds, which will arrive in June of next year.

With these wickers, the Spanish Government has drawn up its Budgets for the year 2021. General State Budgets that, taking advantage of the circumstances, could be classified as expansive: they contemplate an increase in public spending in general compared to the previous Budgets of Minister Montoro, and an increase in social spending in particular.

Having said this, one might wonder how the Community control over the budgets of the member states receiving European funds will take shape. Will it really serve, as regards the Spanish State, to finance a supposed transition towards a model less dependent on tourism and brick? It remains to be seen, in this sense, what will be the margin of action and what the counterparts that a government must offer that must combine high levels of social spending with the commitment to certain strategic lines in the economy and finally comply with the community demands. Recent recommendations of the Toledo Pact, the difficulties to undertake a new increase in the minimum wage, and even some announcements made by President Pedro Sánchez about the bet on hydrogen, they do not invite too much optimism. All this raises the fear that the distribution of already insufficient European funds will benefit the usual large financial and energy conglomerates, as is already happening in some autonomies.

Another important issue has to do with taxation, both at Community and internal level. Thus, it is worth asking to what extent taxes can serve as an instrument of solidarity within the EU. Would there be any progress towards fiscal union? In this sense, it does not seem that there is a real will to put an end to the distortions caused by dumping practiced by some Member States and to move towards a theoretical harmonization.

On the other hand, in Spain the decrease in collection What has occurred in this exercise suggests that the Executive’s forecasts may be unrealistic. Will the new taxes on financial transactions and big technology serve to provide resources to the public coffers so that the deficit does not skyrocket even more? Will measures be adopted so that the tax burden does not end up being transferred to citizens? What we do know is that, in the meantime, the ECB continues flooding the markets with liquidity and buying corporate debt, while forcing states to finance themselves through those same markets (although, today, at negative rates).

Ultimately, everything indicates that the resolution of this crisis may be a definitive test for the European project. If there is no progress in terms of convergence and integration beyond the euro and the Single Market, if there is not a response that implies a certain degree of solidarity between the States, if the Europe of two speeds and the division of labor is maintained condemning the countries of the South to the slavery of austerity and debt, the question about the meaning of remaining in the EU could find its way into the debate.

Returning to the state level, how will the deep economic and social crisis in the making be dealt with? What will happen in the labor market once ERTES ends? There are groups that seem already abandoned to their fate and whose sustenance during the pandemic has depended on solidarity and mutual support networks that have been demanding that administrations fulfill their responsibilities for some time.

If in recent months the support of the IBEX companies for the coalition government has been staged, I certainly cannot imagine a similar consensus among those who are located in the most fragile spaces of the social fabric. The slogan “we will not leave anyone behind” seems ironic at this point, after the failure of the IMV and with a very marked dividing line between those who cannot access the labor market formal and the rest of the population. A division that leaves out groups of people who develop jobs that, let’s not forget, have been shown essential during confinement.

Thus, what consequences will the more than likely increase in unemployment have, or when many people who have received State benefits up to now will swell the ranks of those groups in vulnerable situations? In this situation, the evolution of the real estate market, in which there is an extremely complex situation. We must remember that, for a significant part of the population, and as a complement to salaries that have been losing value, real estate has been an important source of income, if not a real lifeline. How will this tension, on which the increase in social fracture depends in turn, be resolved? In other words, the collection of income from one party depends on the solvency of the other, in a context of increasing poverty and precariousness. Tensions are already noticeable in aspects such as the media campaign against the occupation, or in issues such as the stoppage of evictions, the regulation of rental prices or the development of the future Housing Law. A regulation opposed by the large holders, who, taking advantage of their greater agency capacity, are asserting their interests by making them coincide with an important part of the citizenry and putting pressure on the part of the Government that is most sensitive to their demands.

The answers to these questions will be known soon. Happy holidays and a lot of strength. We will need it to fight for our rights in this new year that soon begins.

Economistas sin Fronteras does not necessarily identify itself with the author’s opinion and it does not commit any of the organizations with which it collaborates..

Tags: curves, hold on, they come