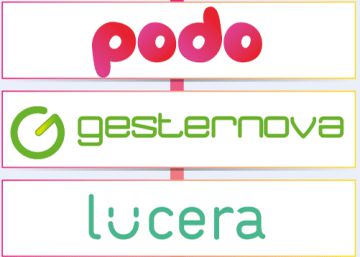 Holaluz is launching arguments to investors to attend their premiere in the Alternative Stock Market (BME), which, except surprise, will take place in the coming days. One of them is the extreme fragmentation of the electricity distribution companies market. The role of the company chaired by Carlota Pi will be key as anticipated in the documents that carry under the arm the banks that pilot the operation to convince potential buyers.

The company points out six companies in one of the presentations to which it has had access Five days. They are Podo, Enérgya VM –of Villar Mir Group– Lucera, Alterna Energética, Gesternova Energía and Watium, which he represents with his logos. It identifies them as potential purchase targets to capture synergies. He also adds that, after the premiere in the markets, where he will combine a capital increase (of up to 30 million) with a sale of shares by the current owners of the company (for up to 10 million), it is proposed to “leverage the size of the company to lead the consolidation of the distribution sector ”. Moreover, it indicates that small operators suffer because they lack sufficient size to compete. Although, in the prospectus of the issue it is specified that the money of the extension will not be used for these potential purchases.

In another section of the document, although he does not mention them as explicitly as possible acquisitions, he adds three other names: Pepeenergy, Aldro and Nexus Energía. He explains that in Spain there are more than 300 players in the sector with 74 companies with more than 5,000 clients. All are firms with fewer clients than Holaluz, which already has more than 211,000 users.

The energy distribution company has not set the price of its premiere, not even a range, but there is a reference: the capital increase of last June in which Geroa, a social security entity (EPSV, a figure similar to the pension plans but specific to the Basque Country), injected 10 million euros to buy 10% of the capital. The valuation, then, amounted to 100 million euros, which gives a price per share of about 6 euros.

One of the risks that Holaluz details in its brochure is that between Iberdrola, Endesa, Naturgy, Repsol and EDP control 86.2% of the universal codes of the supply point (CUPS, in jargon). That is, the identification numbers of each point of electricity or gas supply and that in practice are equivalent to customers. “It is, therefore, a highly concentrated market and, consequently, Holaluz faces a great risk of market concentration,” he says in the brochure. One of the differential elements of Holaluz is that it sells 100% renewable electricity and announces fair prices for all consumers.

GVC Gaesco, one of the company's placers in the MAB assigns a value to Holaluz for 2020 of 176 million euros, which would reach 247 if the company meets its forecasts. To make these accounts, the entity has taken as reference the acquisition of Viesgo, an electricity distributor with more than 750,000 customers by Repsol last year. By the method of discounting cash flows, with a capital increase of 30 million, the report shows an appraisal of 230 million.

In 2023, Holaluz expects to reach 1,000 million turnover with one million customers – from a total market of 27 million – and a gross operating profit (ebitda) of 72 million.

The estimates are much more optimistic than those made by GVC Gaesco, which foresees 728 million sales and an ebitda of 38.6 million. Securities company calculations suggest that sales will be close to 1,000 million, but two years later than expected by Holaluz, and that ebitda in 2025 will remain at 58 million (see chart).

In the first nine months of its fiscal year, which ended on September 30 but whose total data is not yet available, achieved sales of 152.2 million, 41% higher than the same period last year. The commercialization of electricity represented 79%, while that of gas accounted for 3.7%. Its EBITDA doubled that of the same months of 2018 and also improved its margin in this heading to 1.6% from 1.1%. Holaluz's expectation is to transform 7% of its turnover into gross operating profit (ebitda) in 2023.

In any case, the final price of the jump to the MAB, an intermediate step before entering the official market as the company says, will be set according to the order book that manages to form the banks that pilot the operation. JB Capital is the coordinator of the premiere on the platform, while GVC Gaesco and Andbank are the placers of the titles.

The capital increase will be used to consolidate the company's resources and launch the purchases it has in its road map. Holaluz opens up to build its own projects and, in fact, the brochure includes that its forecasts for 2023 compute 400 megawatts of installed capacity.

The co-founders of Holaluz – Carlota Pi, Ferran Nogué and Oriol Vila – are its main shareholders with 19.95% of the capital each. The Spanish venture capital fund manager Axon controls 27%. All these shareholders will sell shares for a maximum of 10 million euros at the exit to the MAB, which will be carried out in combination with the expansion. The partner that will not sell will be Geroa.