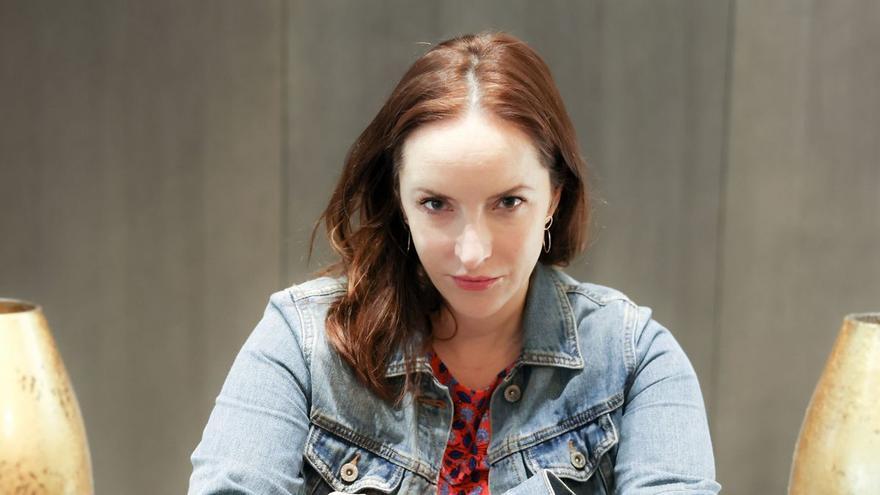 “It was a holocaust, a mass murder of neglect and antipathy.” Says one of the characters of ‘Optimists‘(Sixth Floor / Periscopi), which recreates three disastrous decades of coexistence with the virus HIV, with which the American author Rebecca Makkai (Skokie, Illinois, 1978) has dickensianly portrayed the era of AIDS, following the different drifts of a group of gay friends. The novel was one of the books of the year for the ‘New York Times’.

In the 80s, when the news of a virus never known until now began to circulate, you were just a child. Why have you been interested in the topic?

It’s true, I was very small. Children are sponges that absorb everything that happens around them and in my DNA is the restlessness transmitted by the media of that time. It also marked me, a teenager who entered high school in 1991. We started the course talking about AIDS in sex education classes and ended with the same topic. Luckily there was no stigmatization and they explained to us that by hugging someone you were not going to contract it, but it was the number one concern regarding sex.

By the mid-1980s, young people felt they had earned a sexual liberation that left notions like sin and guilt far behind. But then, suddenly, the party was over.

That’s how it went. HIV came without warning. In 1985, which is when my novel begins, 16 years had passed since the Stonewall riots in New York’s Greenwich Village, a turning point for gay rights. AIDS politicized sex in a way that had not been addressed until now. Sleeping with someone from then on became a weapon.

That came from pearls to the conservative sectors to demonize the ‘queer’ community, but not only.

Yes, sex was perceived as dangerous and marked many people with significant guilt. As a writer I did not want to play to distribute responsibilities, but as a novelist it is impossible to ignore the laws of cause and effect: who infected whom. I have not wanted to judge, to say that someone got infected because he was promiscuous. That is too easy. I also wanted to show all kinds of attitudes and characters, some survivors, others not.

How did you manage to escape the stereotype?

Talking with the people. With doctors, nurses and historians, but especially with those gay men who lived with the virus, some infected, others not, who lost lovers and friends along the way. They gave me the details: how sticky the floors of the gay bars were or what specific song was playing at the time. They told me: “No, Donna Summer can’t be because we were angry with her then.” And of course: who was tested and who was not. They told me how they faced their own mortality.

They were very generous, yes.

Some older gays ask me to dedicate the book to a younger friend of theirs who didn’t live at that time. “It will serve to let them know what that was.” I have not wanted to be a vehicle between generations but it is a great honor if the book has served for that.

It is true that the youngest people have a hard time imagining what that was like.

There was a lot of silence, especially in the United States. No one was up to the task, not the government that ignored the group and was negligent with it, not the media that were very puritanical. The stigma even took hold among gay men who went into hiding.

We are talking in the past tense all the time, but AIDS keeps killing people.

To a million people each year. People have forgotten that AIDS has been cured and it is not true. Right now it is affecting poor communities, African and Latin American countries and the perception of the problem has a racist slant. Today no one dares to say that they deserve it like in the 80s but it is clear that they perceive that the problem is not the majority and above all that it does not go with white people. It has become a fringe issue.

Now that we are immersed in another pandemic, one that does affect the whole world, it would be good to compare what it took to find a pharmacological brake for AIDS in relation to the covid.

Yes, in this case it has been a year and regarding AIDS it was 15 to reach the inhibitors that really helped to stop the disease. One ironic thing is that much of the technology now being used in covid vaccines is based on decades of AIDS research. In addition, then the United States hardly invested in finding a solution, it was the French who took it more seriously. Compare it to legionella.

Yes, that disease was detected in the 1970s at a retired military convention and it affected very few people. The government spent millions to find out what had happened, something that deeply angered AIDS activists.

The ‘obamacare’, thanks to which you can no longer be expelled from an insurance company for having a previous illness, has helped the carrier community a lot.

Yes, luckily it was a big step that Trump failed to eliminate. What it did do was fire the few remaining members of the old HIV advisory council.

However, they are far from the European public health system.

That is what many people are striving to achieve. My father who emigrated from Hungary after the 56 protests contracted Parkinson’s disease and that was the reason why he returned to Budapest when he was 80 years old, where he died last year. People in Europe are not left to their own devices