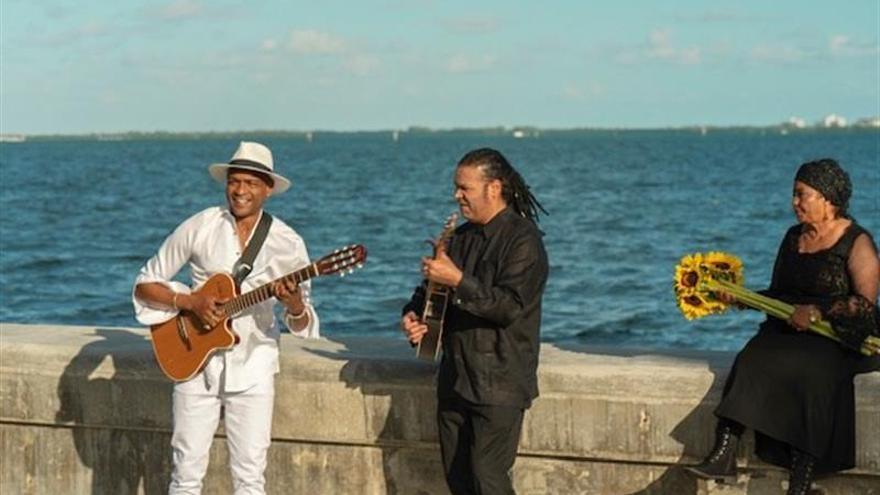 Miami, May 23 (EFE) .- The singer Descemer Bueno, who has joined his voice with that of other Cuban musicians in the songs “Patria y vida” and “Libertad y amen” to tell his compatriots that change depends on them , believes that history will recognize the “great weight” of artists in restoring freedom to Cuba.

In an interview with Efe when the video for “Patria y amen” had already exceeded 86,000 views in its first 24 hours on YouTube, Bueno was moved by the response from the public and by the comments of not only Cuban people.

“We who make these songs have realized that they take you much further than any political message. Never has so much damage been done to the dictatorship as singing,” says the singer-songwriter, known for songs like “Preciosa” and for his collaborations with Enrique Iglesias in “Bailando” or “Súbeme la Radio”.

He is the winner of a Goya as co-author of the soundtrack of the film “Havana Blues”, by Benito Zambrano, and author of Grammy Award-winning songs such as “When I fall in love”, jazz musician and renowned author of bolero lyrics.

Descemer Bueno says that he has been lucky enough to be the only artist to participate in both “Patria y vida” and “Libertad y amen” and recalls that he was “the last” to enter both projects.

The first of those songs, which came out last February and now exceeds 5.2 million views on YouTube, was going to be called “It’s over”, but, he says, he convinced his colleagues to change the title to “Patria y lifetime”.

These are words that are only said once in the song, in the voice of Alexander Delgado, but in his opinion they have more force because the Cuban has “62 years anchored to” Homeland or death “, the slogan of the Communist Party, which does not it gives options, unlike “the many opportunities” that life in freedom offers.

In addition to Descemer Bueno they sing “Patria o vida” Yotuel Romero, Alexander Delgado and Randy Malcom, from the duo Gente de Zona, El Osorbo and El Funky, while in “Libertad y amen” he has Baby Lores and Insurrecto as partners. of the letter, as well as El Uniko, Amaury Gutiérrez, Eddy K and Yanet “Trueno” Aguilera.

Living in the United States for 20 years and a “babalao” (priest) of the Yoruba religion for 10 years, he does not believe that there has been “a worse moment” than the current one in the entire history of Cuba, although the world does not know have realized because he is also experiencing “bad times” due to the pandemic and the economic crisis that it has caused.

“As a nation we have been denied pluralism, normality, having taken care of the real needs of the human being,” he underlines to add that there are “queues of months” to be able to travel to the few countries that do not require visas for Cubans but now “We don’t have commercial planes, only Russian tourist charters to Varadero.”

DESCEMER ASKS FOR SUPPORT FROM OTHER ARTISTS

His desire is to add non-Cuban Hispanic artists to the “sociocultural uprising” that the two songs support.

He mentions that he would like the Spanish “Melendi, Rosario (Flores) or Enrique (Iglesias)”, to name a few, to record at least one video supporting the cause, but he knows that it is “very delicate” for artists to get into “politics. “.

According to him, Enrique Iglesias called to congratulate him on “Homeland and life” and told him that he had liked it a lot, but Bueno would like him and his other colleagues to go further.

“If I can’t get Latino artists to support us in this, I’m less going to get the attention of politicians,” he says in reference to those in the United States.

As a babalao, he believes the role of religious is very important to make people “break the fear” of dissent and achieve the unity of Cubans who have a faith, whether it be Catholicism, Protestantism, Judaism or religion. Yoruba, in order to bring about a change.

“The day the Cuban religious people go out united to the streets, the dictatorship will have its hands tied,” he says.

That is why he believes that it is time for Pope Francis to pronounce on the reality of the Cuban people. “At some point he will have to say something.”

The first images of the video clip for “Libertad y Amen” show a Cuban flag waving behind a prison fence and then an activist crying out for freedom for political prisoners while state security agents try to reduce and detain her.

In the background you hear “Cuba awake, break the silence, that a miracle is not going to happen, it shows what we are made of.”

“Libertad y amen” is not going to be Bueno’s last musical contribution to the cause for the freedom of Cuba.

He plans to release another song titled “Lágrimas” with Maykel Castillo Pérez, known as “El Osorbo”, the rapper who lives in Cuba and forms part of the cast of “Patria y libertad”, and takes the opportunity to ask Cuban exiles to help financially. to the artists who are fighting for freedom from within the island, among which he mentions Luis Manuel Otero Alcántara.

In addition, he has a project, of which he cannot give details, to make a song with artists “rebellious” but “established” in the culture of the island that will “leave the dictatorship speechless.”