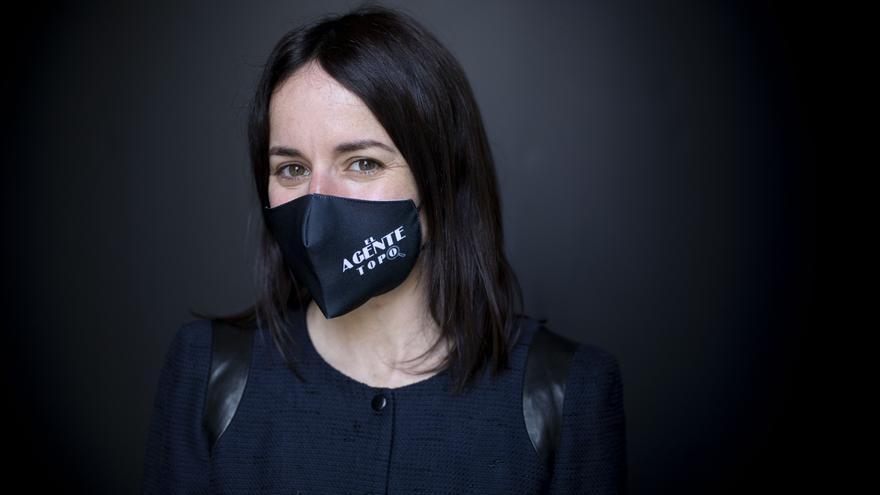 She is responsible for bringing the Chilean documentary to the Oscars for the first time and does so with a not very recurrent (and sometimes uncomfortable) theme: loneliness in old age. Maite Alberdi (Santiago de Chile, 1983) is the director of Agent Mole (2020), the feature film that tells the story of Sergio Chamy, an 85-year-old pensioner bored with his life who decides to apply for an infiltration job in a nursing home. His mission, which begins by looking for evidence to report alleged mistreatment of residents, takes a complete turn when he begins to live with them day by day. An everyday life that projects an intimate X-ray of what happens in that place.

The film, which opened in Spanish cinemas three weeks ago, also won an audience award at the San Sebastián film festival and was nominated for the Goya Awards. All the expectations are now on April 25, when it will be known if Alberdi takes the statuette for Best Documentary at the 2021 Oscars gala.

How have you received the Hollywood Academy nomination?

It has been exciting. We broke a barrier to entry into a category in which there had never been a Chilean documentary nominated. And I am the first woman. I think this example paves the way for many others. We are also here because we saw other Chilean nominees who were opening the door and teaching us how to do it. It has been nice to see how a universal story like this is positioned in an industry –or in a category– associated with other types of themes; as a new way of narrating it penetrated into a more traditional industry.

How has your work been in the post-production of a film that has old age as its theme and coincides with a pandemic that has a severe impact on older people?

We filmed this movie in 2017. If I had filmed it in 2020, maybe it would be the same because it is a documentary in which people are isolated, they feel lonely and the doors are closed. They are in a kind of symbolic confinement, where few people from outside enter. Somehow, they already are quarantined. We talked about that in that place there was a pandemic of loneliness that was there before the pandemic [de la Covid-19], people felt lonely and had no visitors.

What made us, those of us outside, aware of the time that we have not visited our relatives, we did not call our grandparents, or our parents? The movie was always universal, but it became contingent this year because it comes at a time when we are all wondering about distances. We were more aware of that abandonment and isolation, but these have not existed since 2020, they have existed for a long time.

You have spoken of an interest in breaking stereotypes about older people. What about residences, which have also been stigmatized for a long time?

In Chile you tell an older adult to go live in a residence and nobody wants to. It is not like in the United States, where everyone wants to go because the residence is understood as a space for sociability, where people are cared for and have independence. Here, on the other hand, it implies isolation and moving from an active social and family life to breaking all ties. It is like a symbolic death.

You have done other work on seniors, such as The Eleven (2014), which also received several international awards. Do you have a special preference for this group?

The representation of the elderly is always associated with poor health, but I think there are as many stories as there are older people. I do not like to create sociological labels about the elderly because each person is a world and there are many ways to live old age. That is what I am trying to represent. It is a stage of life in which you have experience, you have time and you are aware that you are living the last years.

Agent Topo himself is a person who wants to work, there is a lady who wants to fall in love, another who has Alzheimer’s, another who misses her children … There are so many different possibilities in the same place that we have to break the stigma of fear and start wondering how old we want to be. As children we are asked a lot what adult we want to be. But, on the other hand, we do not project because we have blocked old age, because we have not seen it so represented.

Cinema and communications have symbolic power. The same happens with gender stereotypes in advertising, it also happens with old age. Historically, the old people have been represented in the media through ways that nobody wants to see themselves or always from the dramatic. On Agent Mole there is drama, but also a lot of humor and enjoyment in everyday life.

We have to start asking ourselves what are the difficulties older people are experiencing today, how do they feel in these homes and why we are not building the homes we want together. Something similar happens in Latin America to what happens in Spain. We were used to the fact that the elders lived in the houses, with their families –I grew up with my great-grandfather and grandmother–, and we went from this to living in small apartments where it is impossible for the grandmother to live in the house. We have passed abruptly to the residence, without traffic, despite being cultures used to living together.

Are there any autobiographical references to your grandparents in the film?

I don’t think there are any autobiographical references, but I was a huge fan of my grandmother. She lived a very full and very happy old age, so I have never related to old age with fear. She lived very happy until the day she died and for me this approach to death and aging was super decisive in my way of looking.

The other day a writer sent me a letter and I remembered a clipping that my grandmother had on her nightstand and which is now on my nightstand. How incredible that my grandmother’s obsessions ended up being mine! I will read it [el recorte]: ‘We are passengers (…) in the night / we think that accepting that with resignation means assuming a humiliating defeat, the defeat of finitude and death / But the same autumn, great teacher of the seasons / is in charge of teaching us how to grow old and declining is beautiful / Autumn does not do implants or liposuction on himself / He does not seek to artificially prolong spring. ”

It is an assumingly beautiful old age. My grandmother used to say: ‘Why do you have to take the flower out of the vase because it has withered?’ Why can’t we see how beautiful this other stage also has? There is my visual defense that I want to continue building.

Regarding the creation process, he explained that he learned about the case of Sergio Chamy working as a detective’s assistant. As was?

It was in 2015. He worked different cases and one of them was that of the residence hall. In 2015 we did the investigation, we raised the economic funds and we saw the cases that were arriving, because first it was a series of infiltrated agents, but we were changing the project. In 2017 we started recording.

I used to talk about the importance of asking ‘how old do we want to be’. I ask you that question.

Tags: agent, Alberdi, director, have it, locked, Maite, mole, not, old age, represented, Viewed, we have, we project