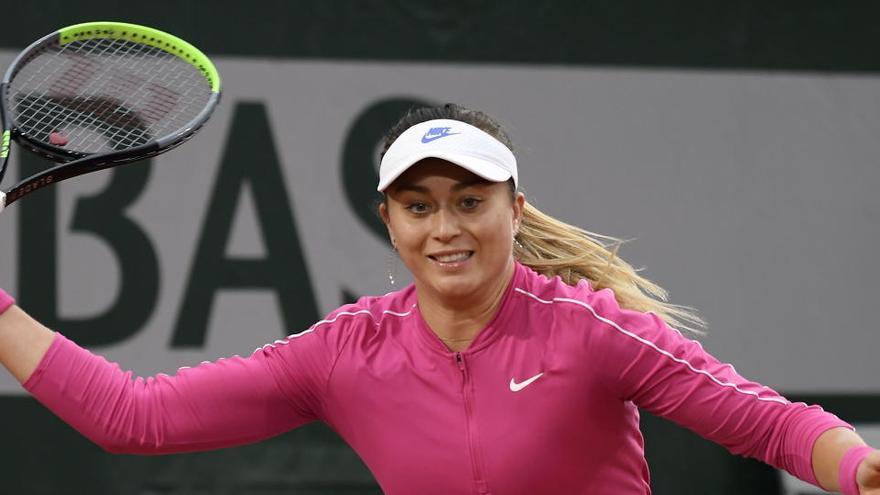 The Spanish Paula Badosa achieved a historic qualification for eighths the end of Roland Garros in her first participation in the tournament, after defeating the Latvian Jalena Ostapenko, winner in 2017, whom she defeated 6-4, 6-3 in one hour and 22 minutes.

The New York-born player continues to break records in what is already her best performance in a big league, after defeating top-ranked tennis players. After her victory, she covered her head with the towel, trying to believe the feat she achieved.

The 87th of the world has already surpassed two Grand Slam winners, since in the previous round it beat the American Sloane stephens, winner of the 2017 United States Open and who became 3 in the world.

The Spanish seems to have raised her level and gained confidence with victories like that, an experience that served her against Ostapenko, a rival who puts her soul in every blow.

The Latvian developed her offensive game, based on the permanent search for winning shots, a risk that leads him to live permanently on the razor’s edge.

A tactic that led him to win at Roland Garros against all odds three years ago, but has not allowed him to sign up for a Grand Slam match since.

In Paris he met again with the triumph, until he crossed paths with Badosa. When the ball enters, the Baltic is a fearsome opponent, as the Czech Karolina Pliskova, second favorite, who only added six games in her second-round duel, proved in this tournament.

But Ostapenko is not always correct, who in front of Badosa made 43 errors, facing 32 winners. In the face of that fury Badosa kept calm, he applied himself to put his rhythm and force his opponent to risk more and more, until he could little by little take over the game. The Spanish minimized the errors, only committed 10.

A calm that the Spanish tennis player has learned in recent times, who at the beginning of the season took a turn in her career, changed her coach and is beginning to reap results.

Her next rival will be the German Laura Siegemund, who qualified for her first round of 16 of a great after defeating the Croatian Petra Martic, favorite 17, by 6-7 (5), 6-3 and 6-0.

Felipe Reyes, in his farewell: “I never dreamed of achieving everything I have achieved”