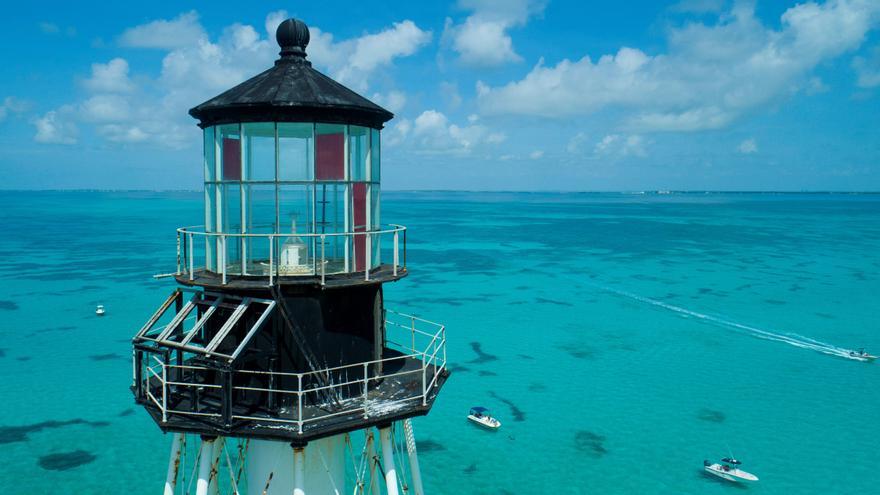 Miami, Sep 8 (EFE) .- The iconic Alligator Reef Lighthouse, a nearly 150-year-old lighthouse built in the Florida Keys (USA) will be acquired by a non-profit organization that plans to restore it to return all its old splendor, the Florida Keys News Bureau said Wednesday.

The community organization The Friends of the Pool wants to preserve and restore the Alligator Reef Lighthouse, standing since 1873 in Islamorada, an iconic Florida lighthouse that for a time kept maritime traffic safe from the dangerous coral reefs off the Keys, in the extreme south of the state.

This group announced today that US Interior Officer Deb Haaland on Tuesday night approved a recommendation from the National Park Service granting them ownership of the lighthouse under the National Historic Lighthouse Preservation Act.

“It’s an important part of local Islamorada history. It’s our Statue of Liberty (and) it needs to be saved,” said project organizer Rob Dixon.

Dixon said the lighthouse restoration project is likely to take five to seven years and cost up to $ 9 million.

The first step in restoring the lighthouse, Dixon continued, will be conducting a detailed engineering study to determine what is required to stabilize the structure, after many years of being subjected to highly corrosive conditions.

He added that it is likely that, after the transfer of the structure by the General Services Administration (GSA), other restoration projects will begin, including the remodeling of the lighthouse keeper’s living area and the painting of the entire structure.

“Growing up here, enjoying the views, enjoying the water my whole life, I can’t imagine Islamorada without it (the lighthouse) and a lot of locals feel the same way. It’s definitely an emotional part of our history,” Herlth said.

He explained that despite the Alligator name and misconceptions, there are no alligators around the lighthouse, as the reptiles mainly live in freshwater habitats.

The Alligator Reef Lighthouse is named after the USS Alligator, a United States Navy schooner that ran aground on the reef in 1822 and sank.

This lighthouse and five other ancient lighthouses off the Keys were important maritime navigational aids that helped warn ships to move away from the coral reef chain of the Keys.

However, today’s satellite navigation made them obsolete and their structures are now under the auspices of the GSA for removal.