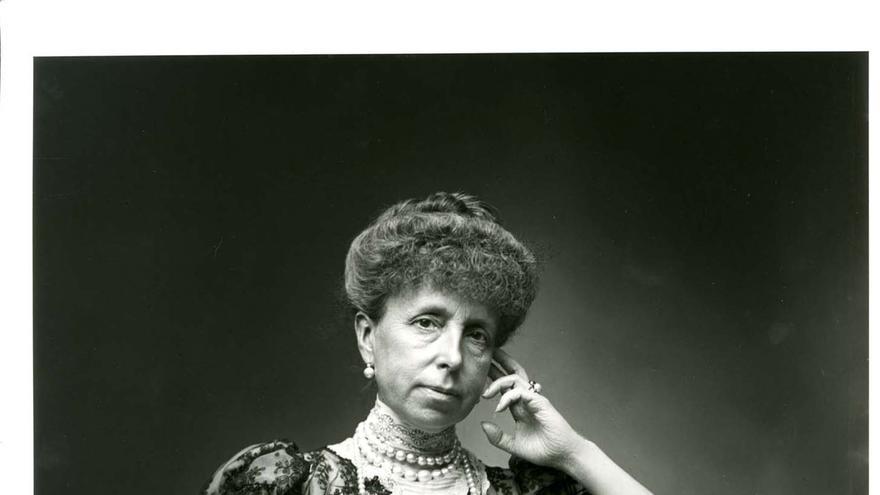 The historian and chronicler of Telde, Antonio González Padrón, addresses in the cycle Queens of Spain the life of the queen consort and regent María Cristina Habsburgo-Lorena, Alfonso XII’s second wife and mother of Alfonso XIII. The talk is on October 14, at 7:00 p.m., at the León y Castillo de Telde House-Museum, and it will highlight that it was the great defender of the Constitution of 1878, since none of his actions deviated one iota from what he dictated. “She was a great constitutionalist and he always encouraged his son not to get out of it ”, he explains.

This talk, under the title María Cristina Habsburgo-Lorena. The great constitutional queen It is the fifth conference of the cycle Women who made history. Queens of Spain, in which González Padrón makes a review of the lives of six monarchs. It is a free activity, with limited capacity, prior registration via email [email protected] or by calling 928 691 377.

María Cristina de Habsburgo-Lorena (1858-1929) was the daughter of Archduke Carlos Fernando of Austria and Isabel, Archduchess of Austria-Este-Modena. In 1879 she became the second wife of King Alfonso XII, after being the widow of María de las Mercedes. When the sovereign died in 1885, she was pregnant with his son, Alfonso XIII.

This queen was born with the title of Archduchess of Austria, therefore it was her imperial highness, treatment that the closest relatives of the Emperor of Austria-Hungary had, a direct descendant of the best families of European Gotha, the noblest of Europe .

González Padrón explains that she was not destined to be queen, or even to have a special public role, because her character, a bit introverted, and the taste for study, music and theology, separated her from the most frivolous life of the women of his time. She became a piano virtuoso and a profound connoisseur of the history of music. That delicacy was combined with a very deep spiritual life and the study of some religious disciplines, he adds. For this reason, the emperor appointed her abbess of a semi-closed conventual institution, the Institution of the Noble Ladies of Prague Castle. The time she was in charge of this institution, which required chastity, gave her leadership skills, high knowledge of social relations and put her in contact with the entire aristocracy of the Austrian empire.

For his part, King Alfonso XII was left a very young widower, after the death of María de las Mercedes, so the Government and the Cortes wanted to find an immediate solution because he was already showing certain signs of the disease that would later lead to the tomb and the succession to the throne had to be sought, the historian details. And in the different reigning Catholic families they noticed her, not so much thinking that she could please the king, if not because of her leadership skills, since if the king died he would leave a regency.

When María Cristina of Habsburg-Lorraine was asked about this marriage, she flatly refused, so the Pope intervened, who ordered her to sacrifice herself because Spain needed a Catholic queen as soon as possible. Finally he accepts and when he arrives in Spain he finds that he is not loved because the myth and adoration for the late king’s wife had already grown.

The people of Madrid call you the austrian, the ugly and Doña Virtudes, but she is unperturbed, details González Padrón. For his part, the king respects and admires her for her talent, and almost at the end of his life, Alfonso XII confesses that he has an extraordinary affection for her because he values ​​that she has left everything for him and for Spain.

“She was a state woman, committed to Spain, and she always acted in favor of the country. When her son was of legal age, she continued to advise him, although she did not manage to remove him from a great danger, which was the military, ”says the historian, while adding that if he has to highlight something about her, it is that she was the great defender of the Constitution of 1878.

However, during his reign “he had to dance with the ugly side, since Spain went to war with the United States and lost the empire”, recalls the historian in reference to the loss of Cuba, Puerto Rico and the Philippines, in addition to other Pacific islands. Despite the Disaster of 1898, his regency stage is quite positive as a whole, he sums up.

González Padrón recalls that the queen had friendship with Fernando León y Castillo, which resulted in a defense of the Canary Islands in all the great laws or regulations that were approved, such as free trade and the creation of the Puerto de La Luz. “She did know how to see the danger that the Canary Islands could run in the face of the ambitious plans that some powers had, especially the English,” he details.

María Cristina de Habsburgo-Lorena gradually won the hearts of the people of Madrid and Spain and died in Spain. In her last years of life there was a kind of adoration for her, considering her the sacrificed queen and the one who had raised her children, explains the historian.

A cycle of six Queens of Spain

The cycle Women who made history. Queens of Spain, taught in full by Antonio González Padrón, aims to give a new vision of the Spanish Queens, both in the case of Isabel II, who was the titular, and those who were consorts.