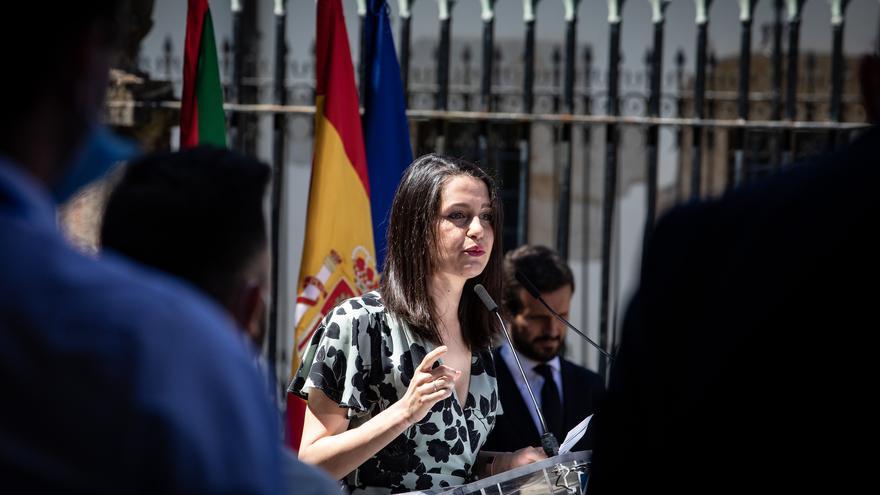 Inés Arrimadas has resumed her political activity after twelve weeks of maternity leave, four less than she could have officially enjoyed. The leader of Ciudadanos, however, has made some parenthesis during all that time to participate in the two central events of the past Galician and Basque campaigns – in the Basque Country to share a poster with the leader of the PP, Pablo Casado -, or to attend the tribute to the victims of COVID-19. Her return to work has been celebrated by her bases and supporters who have launched the hashtag #VuelveElla on Twitter, with the intention of parodying the reception given to Pablo Iglesias by the militants of United We Can on her return from her paternity leave.

The challenges that Arrimadas has ahead of him in the coming months are many. One of the most urgent, the preparation of the next appointment with the polls in Catalonia, for which there is still no date. The first far-reaching decision he has taken has been to call an extraordinary meeting of the Permanent Committee to study the training strategy for those next autonomous regions, in which they foresee an electoral debacle as the polls point out. Therefore, they have chosen strike Lorena Roldán as a candidate for the Generalitat and replace her with the veteran president of the parliamentary group, Carlos Carrizosa, skipping the primaries procedure. In a later statement, the party justified the strategy due to the “transversality effort required by the situation.”

The senator and deputy spokesperson for the National Executive disciplined the decision and explained that she believes that her step back will serve to facilitate the coalition with the PP and the PSC, which in her opinion is the best option to defeat the independence movement in the next elections. . “The objective is to turn around in Catalonia, which is very necessary, both due to the situation of COVID, in the face of which there is an overwhelmed Government, but also because of a situation that we have been dragging from nationalist governments that have not had among their priorities the needs of the Catalans “, explained Roldán in Onda Cero. “The constitutional majority exists, you just have to unite it,” he added on Twitter.

Hours later it transpired that the also senator by autonomous appointment of the Parliament of Catalonia and Councilor for Citizens in the San Feliu de Llobregat City Council, Xavier Alegre, left the party membership. Alegre tried to convince the management that he was staying in the municipal group as an independent, but after rejecting his proposal, he decided not to renounce the act and go to the non-affiliated group, as he explained in the farewell note sent to his colleagues.

In addition to this imminent appointment, Arrimadas has begun to prepare with Edmundo Bal, who left the helm of the party after his motherhood, the parliamentary and political challenges that are presented to the formation between now and the end of the year. The party leader is very satisfied with the role played in her absence by the deputy spokesperson in Congress, of whom she values ​​his moderate style, very different from that of his predecessor, Juan Carlos Girauta. The prominence that during all this time her right arm has acquired in the Lower House gives her security and tranquility. The new leadership of the group is convinced that they are playing their tricks very well despite having only ten seats.

In Ciudadanos they are aware that the four months remaining to the end of the year are going to be very tense and may be decisive for Pedro Sánchez and his Government since they will have to continue to face the harsh consequences of the health crisis both economically and socially. The Arrimadas party has already made it clear that it does not share the strategy of “digging trenches” and “confrontation” proclaimed by both the PP and Vox. Their strategy will be to continue showing that they are a “useful party” so they will continue to combine their ‘hand out’ to the Government in matters of State or to “save lives” after the increase in outbreaks due to COVID-19, with the Criticism of everything that conflicts with their principles or with what they do not agree with both the socialists and the PP.

The PSOE has already been warned that they are willing to negotiate the General State Budget (PGE) as long as they comply with the demands imposed by Europe and “do not leave their master lines in the hands of Podemos and the Catalan nationalists and separatists.” Citizens consider it very urgent to approve the 2021 accounts to mitigate the effects of the pandemic. To this end, they have already shown their willingness to act as a “bridge party” between the PSOE and the PP in order to smooth out their rough edges. Especially now that Pablo Casado has decided to renew the leadership of his party and dispense with Cayetana Álvarez de Toledo as parliamentary spokesperson. In Ciudadanos they are waiting to see if Casado’s statements this Thursday denying that these changes of faces represent a modification in his opposition to the Government of Sánchez they materialize or are just gimmicks aimed at his more conservative electorate.

Those of Arrimadas will put their conditions to support the PGE, among them, as they will insist in September, the expansion of the ERTE and the need to relieve the self-employed from paying their Social Security contributions. At the same time, they will propose new measures to the Government to alleviate the unstoppable escalation of virus outbreaks.

Another of the most imminent challenges will be setting your own profile during the motion of censure against Pedro Sánchez announced by Vox. Ciudadanos then rushed to mark distances with the far-right party, like the PP, whose secretary general, Teodoro García Egea, pointed out that they would not count on them to “save soldier Sánchez.”

In the formation of Arrimadas, despite depending on the extreme right in those autonomies where they have closed government pacts with those of Casado – such as Andalusia, Madrid or Murcia – they are increasingly reluctant to be linked to Vox. So Arrimadas – if she is the one who rises to the speaker’s rostrum to defend her group’s position in that debate, something that remains to be seen – will be very careful to make it clear that Ciudadanos does not share the formula of the motion of censure to overthrow governments. And less “in times of pandemic”.