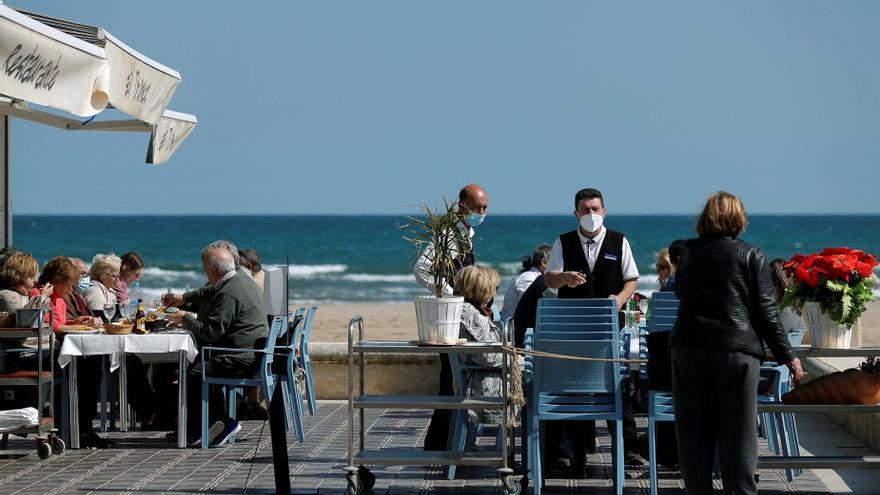 Madrid, Mar 22 (EFE) .- The measures put in place to face the third wave of the covid-19 pandemic deepened the fall in labor recruitment in Spain, especially marked in the service sector with a year-on-year decrease in the 36% in February, weighed down by the hospitality sector.

According to data from the State Public Employment Service (SEPE) compiled by Efe, a total of 1.2 million contracts were signed in Spain in February, 24.5% less than in the same month a year earlier when they were close to 1 ,6 millions.

And analyzing by business, he again showed the collapse in the hospitality industry, where only 57,570 contracts were signed, 80% less than the 290,908 in February 2020.

These are percentages of decline similar to those of January, although in the case of services and the hotel sector it was slightly accentuated: the hiring of workers in the former decreased by 34.2% in January, and in the latter, by 77 , 7% year-on-year.

After these decreases, as has been happening since March of last year, there is the slowdown in employment in accommodation and restaurant services, which in February again suffered restrictions to try to stop a new rebound in the pandemic.

Measures that also led to an increase in ERTE workers, to 900,000, half of them in the hospitality sector, and to a rise in unemployment that exceeded 4 million that month, a figure that had not been seen since April 2016 .

A YEAR OF FALLS

The data for February represent a chain of a year of decreases in the volume of contracts signed, another indicator of the impact of the crisis on the Spanish labor market where, before the outbreak of the pandemic, around 2 million had been signed each month. contracts, also reflecting high turnover.

Thus, 2020 ended with a decrease of 29.3% in the number of contracts signed with 15.9 million labor agreements, 6.6 million less than in 2019 and the minimum of this series in seven years.

In the hardest months of the confinement – between March and June – the number of signed agreements was reduced by half, a decline that was moderating in the following months to those levels of around 20% -30% that remain.

Looking ahead to the coming months, it is foreseeable that the falls will no longer be so much, since they will begin to be compared with the months with the greatest impact of the pandemic in full confinement.

For the next Easter campaign, Randstad has indicated that some 88,420 employment contracts may be signed in Spain, which represents a drop of 1.6% compared to the 2020 campaign, but a decrease of 56% when compared to the last Easter in normality, which was 2019.

“The restrictions on mobility and the perimeter closure of the autonomous communities will cause this fall,” the company pointed out in a recent report.

Back to the data for February, of the total contracts registered, 132,431 were indefinite, about 11% of the total.

Within this last group, as is usual, one in four did not reach the week’s duration.