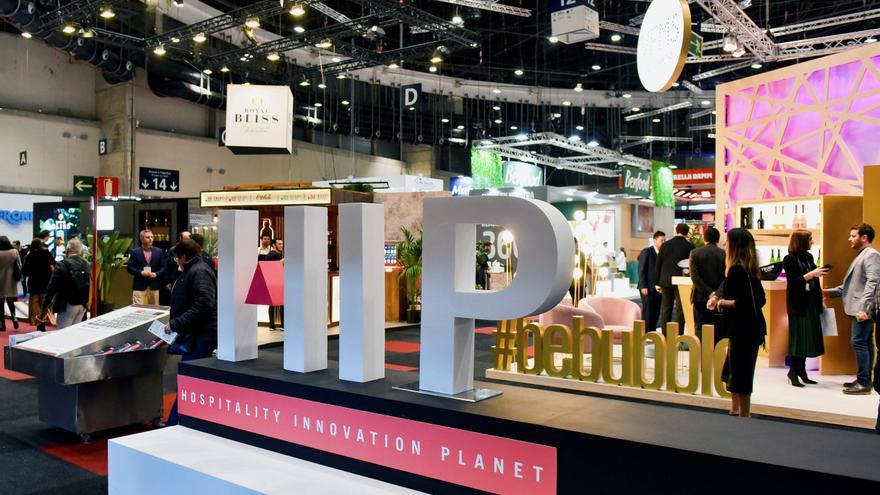 Madrid, Mar 20 (EFE) .- The necessary continuity of haute cuisine as an emblem of Spanish gastronomy, new business models such as food delivery or ghost kitchens or a greater professionalization of the sector will be some of the keys that are addressed in Hospitality Innovation Planet (HIP), which this year has as its axis the “survival of the hospitality industry”.

HIP was the last fair and congress in this area that was held before the state of alarm was decreed and it will also be the first fully face-to-face to do so, from March 22 to 24 in Ifema (Madrid), after the declaration of the pandemic, reminds Efe of its director, Manel Bueno, who highlights that “the air in each pavilion is renewed every 20 minutes, social distance will be kept and a mask will be used.”

“Celebrating HIP is the best help for the sector, the first step to bring normality to everything,” says the director of an event that will bring together more than 400 experts in eight auditoriums and 300 exhibiting firms.

In fact, this year is conceived as “a lifesaver” for the hospitality industry with concrete actions such as discounts for the purchase of material “to reinvent, adapt or improve your business”, one hundred hours of training to better face the present and the future and bonuses for acquisition of food, beverages, equipment, technology or kitchenware.

Chefs with or without a Michelin star such as Ferran Adriá, Paco Pérez, Jesús Sánchez, Diego Guerrero, Javier and Sergio Torres, Pepa Muñoz or Paco Roncero will explain at HIP how they have faced the current situation as a result of the pandemic and what their strategies have been for success.

“The avant-garde is necessary to set the brand of a country, haute cuisine always has to be there because, in addition, it attracts tourism that later visits towns and eats in traditional restaurants,” Bueno reasons.

This lack of foreign visitors or even the impossibility of moving between Autonomous Communities has led them to “reach new budgets” with other models that allow the survival of their flagships: “The Roca brothers with Normal, David Muñoz with Goxo, Dani García with La Gran Familia Mediterránea and new restaurants, croquettes and chickens a l’ast de Nandu Jubany … It is an R&D that then soaks up the rest of the hotelier strata “.

The burgeoning food delivery business, the expansion of ghost kitchens, how to regain customer trust and changes in room service, among other issues, will also be discussed.

“HIP is focused on innovation, new concepts and business models, although this year it will have survival as its axis,” says Bueno.

For example, in the ‘delivery’ there are “new technological selections that allow to skip the commissions of the big companies”. Food delivery can be “an extra help or income” but also “a differentiated virtual brand” that, far from fast food, offers “premium options” for the so-called “Netflix generation”, which has brought the cinema home and the restaurant.

Manel Bueno asserts that there is much room for improvement in this section, both in packaging and in cooking techniques that allow the transport of elaborations to which the diner gives the last touch at home.

“There will be greater competition for the ‘stomach share’ (similar to the share of the television screen) because it is going to grow a lot in the coming years. And if restaurants do not, they will be the large supermarkets with the largest supply of food at home to collect “, augurs.

The phenomenon of ‘dark kitchens’ or ghost kitchens, from which home delivery orders are made that restaurants cannot take, is “growing very rapidly, but still has a long way to go,” says Bueno, especially “in medium-sized and little”.

Chains such as Goiko, Larrumba, Manolo Bakes, Grupo Lalala, La Maquina or Grosso Napoletano will present their strategies and success stories at HIP “to inspire and motivate other restaurateurs.”

“The bar that catches you on the way, to which you don’t always go, tends to disappear; the neighborhood bar with its fixed clientele will resist because it is differential, and the large chains will gain specific weight because the funds behind them allow them rentals that others do not Then there is the singular restoration, such as Umbrellas, Larrumba or Rantanplán, which generate highly differential and experiential concepts and are increasingly stronger, “he analyzes.

Advancing in the professionalization of the hospitality industry will be another of HIP’s themes because “the new generations do not want to spend 14 hours behind a bar, but rather make the new hospitality industry”, which goes through greater digitization and also dominance of social networks.

“HIP is the only 360-degree event for the hospitality industry; management, digitization, interior design and, above all, strategies for the future will be discussed,” sums up its director.