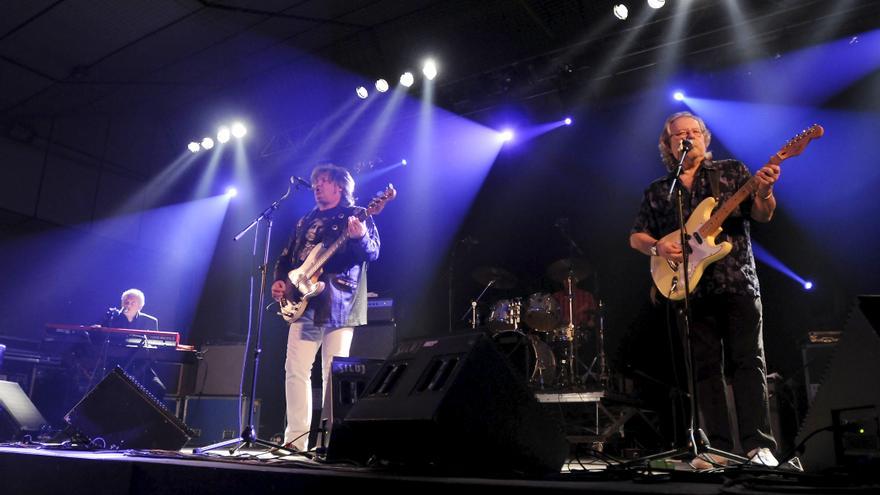 London, Jan 31 (EFE) .- His fingers caressed the guitar strings to compose one of the most memorable arpeggios in rock history in “The house of the rising sun”. Armed with that passport to eternity, The Animals guitarist Hilton Valentine has died at 77 years of age.

The Animals record company, ABKCO Music, broke the news in a statement describing Valentine as a “pioneering guitarist who influenced the sound of rock and roll for decades to come.”

The band headed by Eric Burdon was one of the main references in the mid-60s thanks to its rock passed through the sieve of folk and blues. Much of that fame came from his version of “The house of the rising sun,” in which Valentine played a key role.

Burdon himself recalled it when saying goodbye to his partner on social networks: “The opening notes of Rising Sun will never sound the same! … You didn’t just play them, you lived them! Heartbroken by the sudden news of Hilton’s death. We had great moments together, “he wrote.

The guitar with which Valentine played that arpeggio, a Gretsch from Tennessee that he bought in 1962, has also gone down in history thanks to the music video that accompanied the song, which topped the charts around the world.

Valentine, who died on Friday, according to his wife, was born in North Shields (northern England) in 1943 and soon discovered his guitar vocation in a skiffle group, a genre that mixes elements of blues, jazz and folk.

Orphan since the age of 16, he channeled his overflowing energy first into the “skiffle” group The Heppers, and later into the rockers Wildcats, where he became known for rolling on the ground while playing guitar.

It was precisely this savage attitude that allowed him to join the Animals at age 20, the group that Burdon concocted with bassist Chas Chandler and organist Alan Price, and later joined by John Steel, on drums.

“What really made Animals a rock group was Hilton, because I don’t think that rock element was in the band until we found him. Not only did he play rock ‘n’ roll, he had the look. He was a guy with a slicked-back greasy mane, cheap leather jackets, pointy shoes, black jeans and a smile on his face, “Burdon said in a recent interview.

Together they reaped other great successes – although never at the level of the House of the Rising Sun – such as “Don’t Let Me Be Misunderstood”, “We Gotta Get Out of This Place” or “Baby let me take you home”.

Only three years later, in 1966, the band disintegrated as a result of internal tensions, and, although Burdon re-founded the group with other colleagues, Valentine did not return to be part of it, although he did participate in subsequent meetings and played with the singer. on tours.

After leaving “The Animals”, the guitarist launched a solo career in California (USA) with which he was not very successful, before returning to his native United Kingdom.

Valentine was inducted, along with the rest of the band, into the Rock and Roll Hall of Fame in 1994.

In recent years, the guitarist, who moved to live in Connecticut (USA), returned to “skiffle” music with his project Skiffledog and joined Burdon, with whom he maintained a close friendship, on tours in 2007 and 2008.

Variaciones y ecos’, this is the collaborative experiment of Triángulo de Amor Bizarro