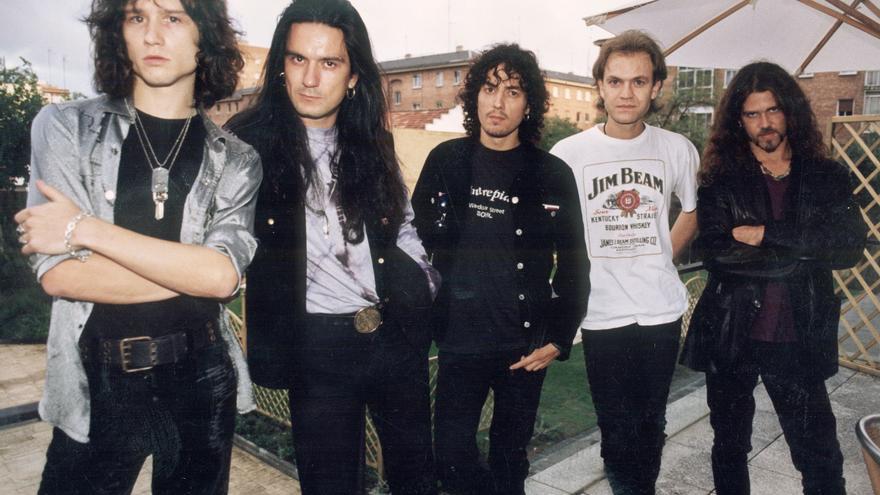 Madrid, Apr 16 (EFE) .- When Héroes del Silencio signed their final 25 years ago, they became heroes of legend. Between endless pirate editions and annual events to commemorate them, the memory of the quartet remains almost as valid as in its heyday, especially this 2021 in which several milestones that vindicate their work coincide.

This week an extensive biography of more than 500 pages has reached the bookstores entitled precisely like that, “Heroes of legend” (Plaza y Janés), written by the novelist and screenwriter Antonio Cardiel. On April 23, Netflix will premiere the documentary “Heroes: Silence and Rock & Roll”, directed by Alexis Morante.

This, in addition, will see its soundtrack published with 25 songs that “traverse the trajectory of the greatest rock band in Spanish of all time”, with more than 6 million records sold internationally and close to a thousand concerts at the back in just 12 years of activity, from 1984 to 1996.

In February, his old record company released his albums on vinyl again and the public’s response was swift, taking the top spots with works such as “The Spirit of Wine” (1993), “Live In Germany” (2011), “Avalancha” (the last studio album released in 1995) and “El mar no cesa” (the first, from 1988).

With Enrique Bunbury, Juan Valdivia, Joaquín Cardiel and Pedro Andreu at the helm, they are the group from which the most pirate records were billed and even they continue to enthusiastically receive part of that material, as Antonio Cardiel tells in his book, which goes by adding a “intimate look” at what has already been published.

Among this material, he himself saves two works: “Heroes of Silence. The dream of a destiny”, by Matías Uribe (Heraldo de Aragón, 2007) and “Enrique Bunbury. The rest is silence”, biography of the singer by Pep Blay (Random House Mondadori, 2007).

“I thought there was still a gap, especially having had a close relationship as Joaquín’s brother,” he explains about an affiliation that could lead some to think that he was going to write “a hagiography” as pure praise. But I supplied it with professionalism and they themselves have been very self-critical, he contrasts.

In fact, he says he is surprised by how, in his 120 hours of talk, honesty has led them to recognize errors of all kinds (composition, production …) in at least a dozen songs.

Cardiel also wanted to delve into “areas of the group’s life that were not well known”, such as what their success in Central Europe meant for them and share the bill at festivals with idols such as Robert Plant or Iron Maiden.

In parallel to the story that has always praised Bunbury as a lyricist and singer and Valdivia as a guitarist and composer, he also vindicates the role of his brother and Pedro Andreu, who joined the ranks of Héroes del Silencio a year after its formation.

“They provided an excellent rhythmic base to the songs. After they entered, for me there was a leap in quality,” he argues.

He only found a stumbling block to his plans: three of the members of the quartet lent themselves to his interviews, but Bunbury declined to participate after an initial “yes”, something that he corrected by going to the abundant documentation that was with him as spokesman.

“I did not blame him. He has multiple obligations, with a very important active career, and he may be exhausted from being constantly asked about his ex-band. He must have thought that he would solve it with an afternoon, but I had already been talking for 30 hours with his former colleagues I told him that he needed at least 15 or 20 hours and there I think he suffered a shock, “he says.

At this point, it is worth asking him whether Bunbury is the main brake on a group meeting, even if it was occasional like the one that in 2007 led them to gather 90,000 people at a concert in the Cheste circuit (Valencia).

“It is one of the questions that I do not like to answer. It is a delicate issue that they are very secretive about. Whether or not there have been contacts, I cannot say. They have to be the ones to reveal it,” he limits himself to saying.

At least the communication between them exists. “All that can exist between people with totally different lives. Enrique lives in Los Angeles and the others in Zaragoza, who maintain a little more contact. They call each other from time to time or send a message. There is no total disconnection” , he points out.

When did Héroes del Silencio start breaking up? Cardiel marks a point: “From the recording of ‘The spirit of wine’ due to the pressures and demands of both the record company and its hiring agency,” he points out to a group that, in itself, always gave itself to the maximum .

All that turned into fatigue, which according to him was one of the important factors at the end. “There were many concerts, many minutes on the road sharing everything: hotels, restaurants, sound checks … They had practically no private life,” he says.

“There was also a problem of musical criteria due to the rock drift of the group, which did not seem equally good to everyone. Enrique was the most reluctant to harden his music,” he says.

In his work, Cardiel contrasts in its first pages that climax of Cheste which he himself witnessed with another image, that of twenty-something years before a Juan Valdivia “with his nose stuck to a shop window in Zaragoza, looking at some guitars that he could not buy “.