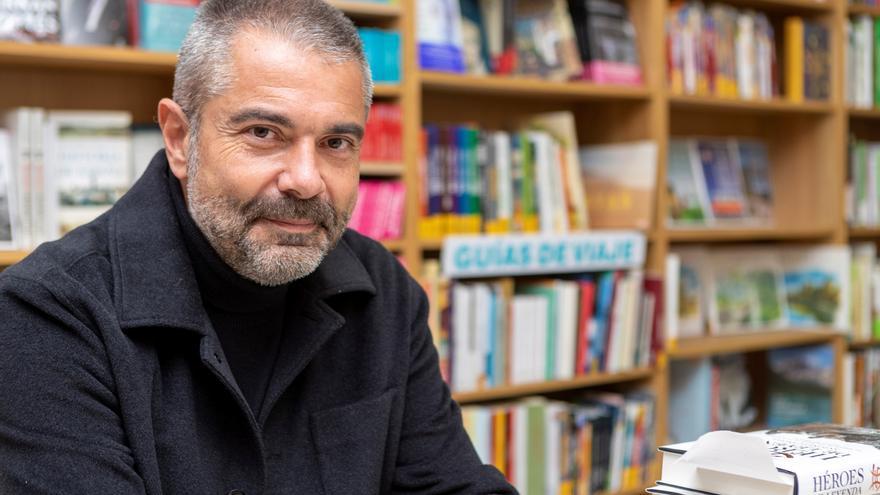 Zaragoza, Apr 24 (EFE) .- The bassist of the group Héroes del Silencio, Joaquín Cardiel, declared this Saturday that the band, 25 years after its dissolution, continues to awaken “passions” and even incorporating new fans, some of them “fifteen-year-olds”.

“When we started in music, our approach was to stay in time with our songs and I think we have succeeded,” Cardiel confessed this Saturday, in statements to Efe, during the signing of the book “Heroes of legend”, together with its author, his brother Antonio, in the Central bookstore in Zaragoza.

On the occasion of Book Day and one day after the premiere of the documentary “Heroes: Silence and rock & roll” on Netflix, the Cardiel brothers have reunited with the followers of the group who wanted to take this extensive biography of more than 500 pages signed, recently published by Plaza and Janés, which has been “a pleasure” for the musician.

Among the fans, men and women of all ages, some have also taken the opportunity to photograph themselves with the writer and the musician or take away signed old vinyls of the band.

The book tells the story of the rock band, since “they are fifteen-year-old kids with musical concerns who begin to look at the guitars in the shop windows with desire rather than with the possibility of checking them” until their dissolution in 1996, adding their return in 2007, the novelist and screenwriter also explained.

Juan Valdivia, Joaquín Cardiel and Pedro Andreu had more than 120 hours of conversation with the writer, which resulted in a gross of more than 1,500 pages to build “Heroes of legend” -Enrique Bunbury declined the invitation, although he provided “abundant” documentation -.

In this process, the Cardiel brothers were able to “gut” the group, listen to the songs and “reel them one by one” in an “endearing” talk, the bassist has said.

In this way, the work recalls a wide range of issues about the band, such as the composition, recording and interpretation of their songs, the relationship with critics and fans, personal relationships or the “progressive rockerization” of Héroes, 25 años later.

“They were very fun years, we had a great time and it is a joy to remember all that,” concluded the musician.