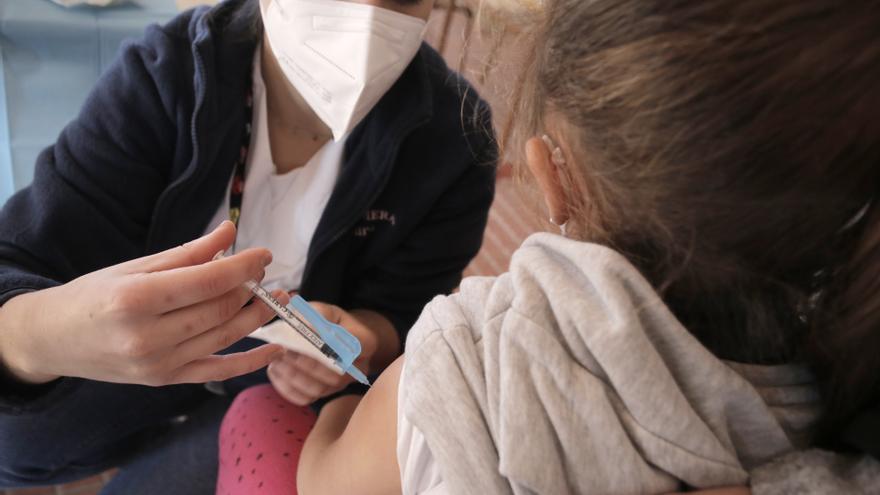 A study of University of Alicante (UA) estimates the threshold of herd immunity against the omicron variable in 95% of the population, a percentage, according to its authors, "unattainable" by vaccinationTaking into account that there are people who cannot be vaccinated because they suffer from some type of health problems and others who do not want to be inoculated of their own free will.

This is one of the conclusions of the work "Warnings about the COVID-19 herd immunity threshold: the case of Spain", published in the journal Scientific Reports and carried out by an interdisciplinary team of researchers from the departments of Applied Mathematics, of Ecology and the Multidisciplinary Institute of Environmental Studies (IMEM) Ramón Margalef of the UA.

The study encompasses a detailed analysis of the herd immunity threshold (HIT) of the ancestral variant of the covid-19which was the dominant one at the beginning of the pandemic, from different approaches, as sources from the UA have informed Efe.

It also quantifies the influence of three key factors such as the source and quality of the data, the evolution of infectivity over time and the methodology to estimate R0, which is an essential value in these calculations because it establishes how many people it would infect, on average, one infected at the beginning of the pandemic.

On the detailed analysis of the HIT, the work of the UA allows indirectly estimate a new value of R0 with the current dominant variants: the delta and the omicron.

The professor of the department of Applied Mathematics of the UA David Garcia led the research team that carried out this study and recalled that herd immunity was at 70%as commonly established by official sources since the beginning of the pandemic and when vaccination began.

However, García pointed out in statements to Efe, with the new variants, the authors of the UA work have estimated that herd immunity would be over 90% of the population vaccinated against the delta variant and 95% to the omicron, three times more contagious than the previous one.

The more contagious a variant is, the higher the herd immunity should be: A higher percentage of vaccinated people is required for the virus to stop spreading, this expert has pointed out.

García has specified that this percentage of 95% is "an unattainable figure", even if we had a vaccine that cut transmission.

"People who cannot be vaccinated"

In this regard, he has stated: "There are people who cannot be vaccinated and others who do not want to be vaccinated, to which we must add that vaccines do not prevent the transmission of the virus, as has been proven this Christmas, in which the population was already highly vaccinated and, even so, it has been the strongest wave, although with minor consequences thanks to that vaccine protection.

According to UA sources, some of the most relevant data is extracted when the study's calculations are based on the particularities of the pandemic in Spain.

The results presented are valid for a randomly mixed population with propagation dynamics similar to that of Spain as a whole. However, even the Spanish regions show different dynamics from each other, which can lead to specific HIT values ​​for each region.

Given this, "we must also take into account that none of the three vaccines administered in Spain is capable of completely preventing transmission of the virusTherefore, even with 90% of the population vaccinated, the HIT will probably not be reached," commented García.

"However, it is true that the risk of infection is significantly reduced for vaccinated people, which directly reduces the R0," he pointed out.

In case of infection, it also decreases "the transmission of the virus, which means that, although transmission is not completely prevented by vaccines, the higher the proportion of the vaccinated population, the lower the herd immunity threshold," he stressed. the UA researcher.

Regarding the distribution of the pandemic by region, García has opined that, "in any case, Even if HIT is achieved, it will not be a panacea."

If "herd immunity is achieved in most places in a country, but there are some specific regions or population subgroups in a region with a percentage of immune individuals below the HIT, it will be possible that local outbreaks occur in those regions or subgroups," has pointed.