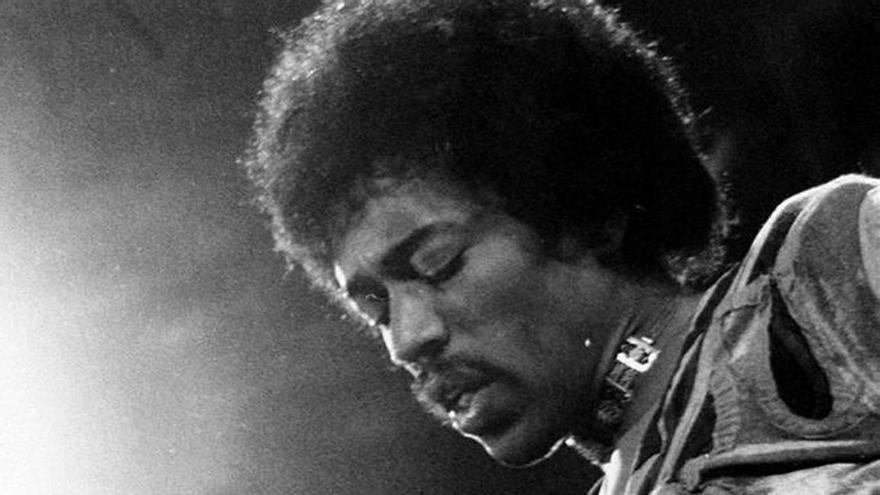 They wanted to make a black Elvis out of him, but he didn’t let his toupee be combed. When he appeared in London at the end of September 1966, he did so with a small carry-on bag containing a pair of shirts, a pair of pants, his toothbrush, and plastic hair rollers. His name was James Marshall Hendrix, and he was so dissatisfied with himself that he had changed his name to Jimmy James. It would not be the last change. He would shortly baptize himself Jimi Hendrix and, with it, he would become the most fascinating rocker in London according to Mick Jagger himself.

The other day the 50th anniversary of his death was commemorated, a tragic event for music. Jimi Hendrix died choking on his own vomit in his sleep or something like that. It happened in the apartment of his last girlfriend, Monika Danemann, at the Samarkand Hotel. For this reason, Libros Cúpula have just published “Stone Free”, a portrait of the man who revolutionized the way of playing the electric guitar, managing to make electricity another element of rock, as stated by the music journalist Carlos Marcos.

Until the arrival of Hendrix, electricity was nothing more than a factor that rock musicians used to drive reed, making their instruments sound louder. The transformation that rock underwent with the arrival of Jimi Hendrix was a revolution of such depth that it crossed the borders of musical genres, even reaching jazz. Miles Davis is an example. But let’s go back to the book about Hendrix, where he is tracked during his nine months in London; from the fall of 1966 to a Tuesday, June 13 of the following year, when Hendrix took a seat in first class on a TWA flight bound for the United States.

Before returning home, he recorded three seven-inch singles that would make up the album ‘Are you Experienced?’, The album with which he would debut and with which he blew the minds of the fans. A brave mix of rythm & blues, funk and psychedelia, which was completed in 16 recording sessions spread over By Lane Lea Studios, CBS and Olympic Studios. It was published on May 12, 1967, and then hit the charts. England had captured the rebellious spirit of the guitarist, turning him into a living myth.

Back home, he appeared at John F. Kennedy International Airport in his best clothes. The prodigal son wore a flowered jacket and white bell-bottoms to match the smile. But the taxi drivers continued without stopping him every time he tried to catch a taxi. “It’s not that they didn’t catch him, it’s that they tried to run him over,” says Keith Altham, journalist and editor of the prestigious magazine New Musical Express.

Altham’s is one of the many voices that are collected in this meticulous work, let us say that detective on the part of its author, the music journalist Jas Obrecht, for whom Hendrix was the hero of his childhood. This attraction was what led him to get closer to the memories of the people who knew Hendrix to complete this juicy biography with their voices.

Because on the London stage, good old Jimi Hendrix managed to chart his course to success. He did it with his left foot, playing the guitar backwards, stepping on the frets with that mixture of sensitivity and rudeness that would create school. No matter how much imitators come out, no matter how much they wear curlers and get the perm done, they have it difficult; Nobody like Hendrix has made a difference with a simple guitar plugged into the electric current. They say that on his death, the painter Salvador Dalí paid a mass in Figueres for his soul.