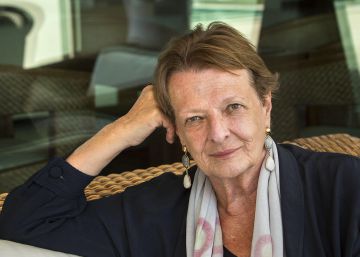 "Excellence, excellence, quality, quality," he used to say. With an Italian truffled Italian with an Austrian accent, Helga schmidt He vehemently repeated his artistic creed. I wanted the best and in some extraordinary years, both for musical excellence and for the expenses incurred, the one who was the first mayor of the Palau de les Arts and true creator of the Valencian opera, succeeded. It is fair to remember today, that his death was made public on September 25 at the age of 78 at his home in Piedmont. The tetralogy of Ring of the Nibelungo Wagner, with Zubin Mehta on the baton, the Fura del Baus in the stage direction, top-notch vocals and the new orchestra created by Lorin Maazel in the pit, was a memorable milestone. Without it, that stellar confluence would not have been possible.

There were more unforgettable moments for a city with hardly any lyrical tradition, but that total spectacle, as Wagner defined the operatic genre, sums up the philosophy of who was a polyhedral personality, as bright in his musical tastes as excessive and controversial. The iron intendant, Of a very demanding nature, he put the Palau de les Arts on the map of the world opera, pulling its large relational capital and its knowledge, in addition to a large checkbook granted by the Valencian Generalitat in the years prior to the outbreak of the crisis.

Helga Schmidt is dead one month after the trial against her began in Valencia and the former financial director of the Palau de les Arts, Ernesto Moreno, for alleged prevarication, embezzlement and falsehood in two cases. The investigation was initiated following a report of the 2013 Intervention of the Generalitat indicating that Schmidt awarded contracts to a company he was a counselor, Patrocini de les Arts. He was also accused of awarding the printing of programs and brochures to a company that "lacked the capacity" of a businessman close to the PP, Pablo Broseta. The lawyers Joaquín Maldonado and José Antonio Noguera are also investigated in the first case.

The hearing, scheduled for last January, had to be canceled because Schmidt suffered a "brain episode." The mayor had fought against cancer for years, still being responsible for the Palau de les Arts, the huge opera designed by Santiago Calatrava that cost 480 million euros. Schmidt always said that the content should be even to the continent, since it was called in 2000 by Eduardo Zaplana, then president of the Generalitat.

She had been artistic director and advisor to Covent Garden in London and had held numerous occupations in the world of opera and classical music, where she lived since she was born. His father was studienleiter Wilhelm Furtwängler and grew up with personalities such as Karl Böhm, Dimitri Mitropoulos or Clemens Krauss, and other great directors and singers who then frequented the Vienna Opera. Later, he worked and dealt with teachers such as Georg Solti, Carlos Kleiber or Herber Von Karajan.

Already installed in Valencia in 2000, he hired the late Lorin Maazel, then one of the most sought-after musical directors in the world, to be the musical director of a new orchestra whose musicians were chosen by himself. In 2005 the opera by Caltrava and Schmidt was inaugurated with a first-order program and the subsequent start-up of the Plácido Domingo Perfecting Center for young singers. Maazel, Mehta and Domingo were his main allies. The first two charged seven million euros for the first three seasons. Schmidt was soon criticized for excessive expenses. Almost ten years he was in office with the theater open, until the police entered the opera to register it. She always denied the accusations and never stopped defending her legacy.

vampires take over the CaixaForum in Zaragoza