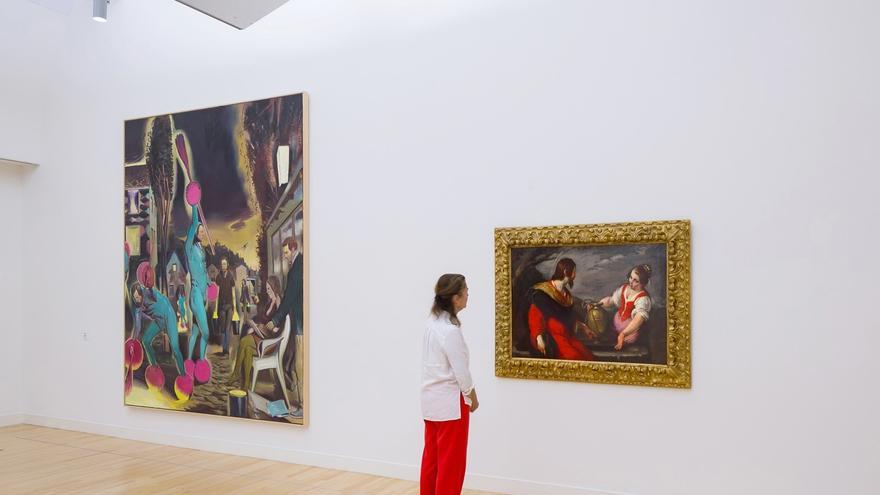 The Hague, Apr 19 (EFE) .- When the Jewish businessman Richard Semmel set sail for the Netherlands in 1933 fleeing Nazi persecution, he disposed of his art collection, including the painting “The Christ and the Samaritan Woman at the Well” , by the Italian Bernardo Strozzi, to pay his expenses.

A Dutch museum now compensates its heirs, amidst debate over the legitimacy of art sold in war under pressure from Nazism.

The painting was owned by Semmel (1875-1950), a German art collector who ran a large textile factory in Berlin, where he lived alone with his wife, Clara Brück.

The couple, who never had children, were forced to flee Germany because their Jewish origins, their important role in the textile industry and their relationship with the German Democratic Party (DDP), made their life in the German capital unviable after their arrival. from the Nazis to power.

On November 21, 1933, they anonymously sold part of their art collection at the Amsterdam auction house Frederik Muller & Cie (founded in 1875 and active until 1961). Strozzi’s piece was acquired by the Dutch collector Dirk Hannema (1895-1984).

Hannema, founder of the De Fundatie Museum, “bought the painting there in good faith,” says this gallery, which, after years of battle over who is the rightful owner of the painting, has now reached an agreement with Semmel’s heirs to pay them € 200,000 as “full compensation for the loss of the painting to the Nazi persecution”, although the painting will remain part of De Fundatie’s collection.

The Semmels left the Netherlands in 1939, before the Nazi occupation, and went to New York, where Brück died in 1945 and her husband in 1950, but not before designating Grete Gross as their sole heir as thanks for taking care of him. on a daily basis, especially when his health deteriorated after the death of his wife. Gross passed away in 1958.

Since 1964, Strozzi’s painting, whose origin dates back to 1635, has been part of the collection of the De Fundatie visual art gallery, located in Zwolle, in the northeast of the Netherlands, and to which Semmel’s heirs, grandchildren de Gross and his lawyer have been claiming this piece of art for years.

The Advisory Committee for the Return of Cultural Property in the Netherlands issued a binding recommendation in April 2013 in which it determined that political and economic circumstances had “forced” Semmel to sell “The Christ and the Samaritan Woman at the Well”, but He considered that, due to the museum’s property rights and the importance of this painting for its collection, no compensation was due to the heirs.

Last year, the Dutch Ministry of Culture launched an evaluation of the practice of restitution, known as the Kohnstamm Committee, which recommended in December not to take into account the interests of museums in cases of the return of art pieces related to the persecution of the Nazis, and asked to bet on more “humanity, transparency and good will” on this issue.

This, together with the Washington Principles of 1998 (in which 44 countries committed to creating a unique registry of works of art stolen by the Germans before and during World War II), led De Fundatie to contact the heirs, he says today in a statement, to offer to recover the painting or compensation for it.

The painting will continue to be part of the De Fundatie’s collection, and the heirs will henceforth recognize the right of ownership of the museum, which, for its part, undertakes to inform visitors of Semmel’s role in the provenance of this painting. baroque.

“The museum is happy that this painful matter has been resolved in a harmonious way,” he concluded, about an agreement that finally answers the question that the parties have been asking for years: Who is the rightful owner of Strozzi’s painting? ? The museum’s founder, who bought the painting in good faith before the war, or the heirs of the Jewish owner? The answer sets a precedent.