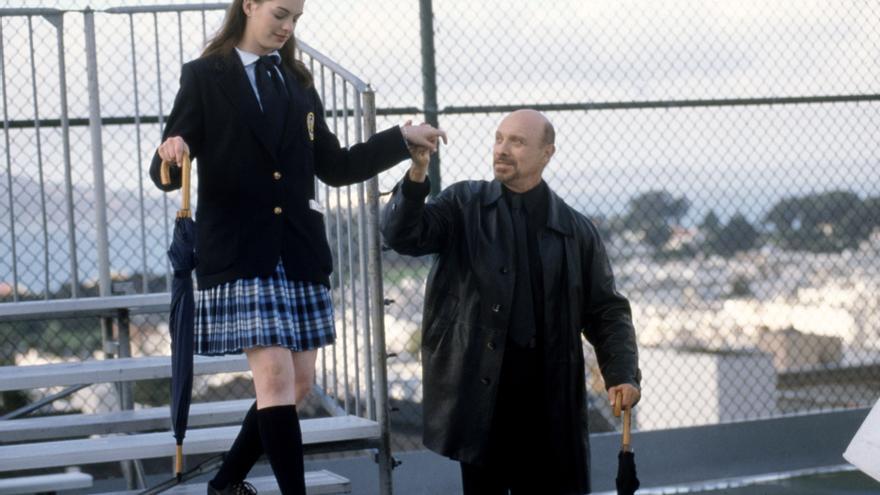 Los Angeles (USA), Aug 3 (EFE) .- With great supporting roles in "Pretty Woman" (1990) or "Princess by surprise" (2001), Héctor Elizondo is one of the most well-known and required supporting roles from Hollywood. However, the veteran Latino actor assured with excessive modesty that before the camera he does not do anything striking or special.

"They told me a long time ago: 'Elizondo, you have something special in your eyes. Let yourself go, let the camera do the work for you, do little. Make sure you keep the energy inside you,'" he explained in a telephone interview with Efe.

"It's not like the theater, which requires another type of kinetic energy. Before the camera, you have to let her decide if she likes you or not. If you do that, you will see something happen (...). The camera is something ephemeral and I do a lot with very little, "he said with a laugh.

Elizondo (New York, 1936) celebrates this Tuesday twenty years of "Princess by surprise", a very popular family comedy starring Anne Hathaway and Julie Andrews and that in the United States can now be seen on the Disney + platform.

Directed by his "dear friend" Garry Marshall, "Princess by Surprise" told the funny story of an American teenager (Hathaway) who, overnight, discovered that she was the heir to the crown of a fictional country called Genovia.

Elizondo has indicated that this film, which continues to have many fans, combines the elements of "Cinderella" and "The Ugly Duckling" and assured that it "empowers women in a subliminal but important way."

"I think that's why it is so durable: it is universal," he defended about a film that had a sequel with the same cast entitled "Princess by surprise 2: Royal Engagement" (2004).

JOE IN FRONT OF HATHAWAY AND ANDREWS

With a character very similar to the charming and diligent Barney Thompson from "Pretty Woman", Elizondo brought Joe to life in "Princess by Surprise", who, in the actor's words, was "something of a mentor or protector" of Mia (Hathaway).

"I really miss the times when they let me play bad guys ...", he pointed out amused.

Joe accompanies Mia on her way from San Francisco to European royalty, but along the way, he also has time to flirt with Queen Clarisse (Julie Andrews).

"I was very fortunate to work with wonderful women: a young woman like Hathaway and one my age like Andrews," he said.

Along with the star of "Mary Poppins" (1964) Elizondo signed one of the best-known scenes in the film when Joe and Clarisse dance a very sensual Cuban danzón.

"It was a very subtle romantic tension and that was very good. It is something that you don't see often because now everything is exposed at once, but this had a certain romantic and wonderful tension in the old style," he described.

Elizondo also did not fall short in his compliments to Hathaway, who was 18 when "Princess by Surprise" was released.

"He already had a good sense of maturity to listen. That is the true art of everything: listening to the people who are there to help you," he said about Hathaway, whom he defined as "very intelligent" and whose "strength he praised. "and" character.

However, his career is closely linked to director Garry Marshall, with whom he worked on 18 films including, in addition to the aforementioned "Pretty Woman" and "Princess by surprise", films such as "A sea of ​​trouble" (1987), "Frankie and Johnny "(1991) or" Runaway Bride "(1999).

"We were not the same but our differences complemented us," he assured about the filmmaker who died in 2016, with whom he was united by a great friendship.

Now it is very difficult to imagine Elizondo outside of acting, but the artist has indicated that it was "fate" who ended up leading him to acting.

"I had no plans or dreams of acting when I was a child: what I wanted was to play for the New York Yankees," he added with a laugh.

As a young man he was a jazz singer but he was not very clear about his direction until he found a passion in the theater that, in the end, would change his life forever.

"I thought that way of telling stories was something wonderful. The fact that it was live, that it moved people, the energy that was in the theater ... I said: 'Here's something.' Of course, I followed that path a little little by little and that's how it happened, "he concluded.