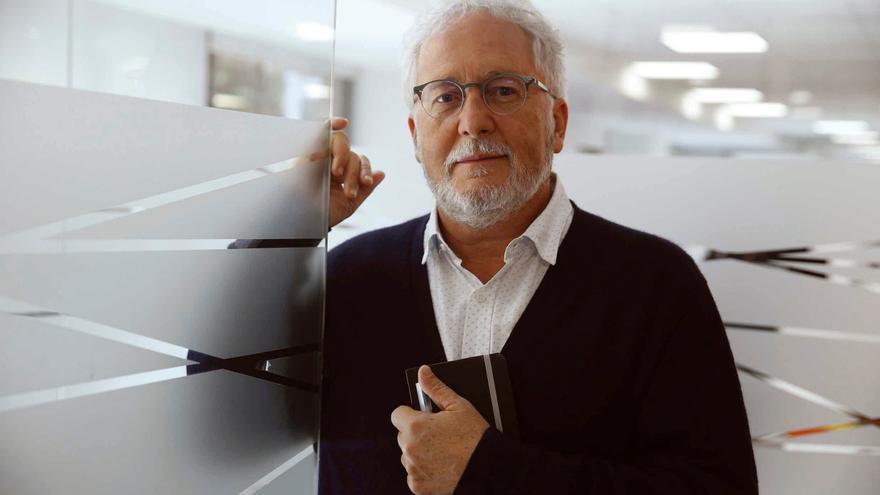 Back from vacation I had a hope made into literature called the Madrid Book Fair. And in it, many of the readers imagined meeting Colombian writers of the stature of Piedad Bonnett or Santiago Gamboa. Colombia was a guest country and when the list of writers in official delegation was communicated, the absences were striking. Héctor Abad Faciolince, author of The oblivion that we will be —Moved to the big screen by Fernando Trueba—, he was one of the most anticipated names. But the Government of Colombia turned its back. When the ambassador in Spain was asked about it, he replied that they had tried to bring “very neutral things, where the literary side of the work prevails.” The Government of Iván Duque has not been able to prevent Héctor Abad Faciolince from finally visiting the Fair, invited by his own publisher, and thus being able to sign his latest work, What was present (Alfaguara), a compendium of his diaries. They say that all roads lead to Rome. Poetic justice may exist.

Héctor Abad Gómez, his father and protagonist of his most read and sold book, The oblivion that we will be he dedicated himself to defending social equality and human rights until the day he was assassinated. Are you like your father in that?

I did not inherit his social commitment, I am not an activist or a person as brave as he was. I don’t dedicate myself to working for others, but I am faithful to what he taught me: that you have to live as your inclinations and values ​​tell you. I don’t have many talents but I have cultivated playing with words and I dedicate myself to that. With them I try not to be irresponsible or lazy in social matters.

In April, Colombia featured in the information due to strikes, to the so-called national strikeHow did you experience it?

With restlessness, with hopelessness and sadness. On the one hand, the demands of young people make perfect sense and they do not have enough reasons. But the violent and destructive part of the mobilizations was very difficult to swallow. One can understand rage, but not rage that destroys public service assets that precisely serve poor people.

The other part, the official and police response, was appalling. The repression was horrible. The authority behaved irresponsibly and inefficiently.

What was the implication of the intellectuals of your country in the national strike?

Of all kinds, some went out to march and were in complete agreement, others wrote about it, others abstained. I did not march but I wrote about how mediocre the government of President Iván Duque acted. I do not have much hope that they will act differently, with some disdain, without real invitations to dialogue. Everything this government does is in a mediocre and unfortunate way.

How do you read that the Government of Spain has decorated Iván Duque?

Iván Duque came to the Madrid Book Fair to present a book of his, accompanied by official writers and by his wife’s editor. He was also surrounded by clumsiness. Nor did he deign to visit the Fair. They are so inept that not even in Uribe’s time were there these lists of writers who could be invited or not. They were quite clumsy because if they had invited us we would not have accepted, and they would have remained open and pluralistic. They have been left as inept trying to invent a new literary genre: the neutral genre. (Serie). And the thing about the decoration of the Government of Spain … (laughs) makes me laugh … (laughs).

Are you a non-neutral writer?

That genre of neutral literature that is so novel … (laughs). Newly invented reminds me of when I was a Spanish teacher in Italy and sometimes I heard the idea that a neutral Spanish should be taught. That he was a Spaniard who had nothing regional or from your own home. Nothing familiar, not from your town or your neighborhood. When I start to think about that neutral Spanish, in each word I find politics and the essence of my people. The only thing to do then is keep quiet. Neutral literature, to exist, would have to be a silent literature. Imagine, a blank page book (laughs).

What did the ambassador’s words hide?

The statements reveal an ignorance of what it is to write, which implies an opinion. President Duque has an adviser, a very close person, who was his boss at the Bank of Washington. That man is a polo player and rejoneador. I don’t know if there is a neutral rejoneo (laughs), but when you have a bullfighter as an advisor you only have taunts and flags as tools. And you can think that just like a bull is tamed, the flags work to silence writers.

Writing is putting your finger on the sore?

Writing is so many things … but one of them is not being afraid to show the sore or, like the image of Saint Thomas, to doubt everything and put your finger on the sore. Writing is daring to say the unspeakable and to touch the untouchable.

What have you written or said to make you so upset that you were not included in the official list of writers?

It was because of something that I wrote in El Espectador, the oldest newspaper in Colombia. The text related to the fact that the President of Haiti was killed by a group of Colombian mercenaries. There is a very unusual situation in our Army: one can enter at 18 as a soldier and at 20 years of service retire. There are people who retire at 38 and have a pension, but also work as hired killers. These people receive military training paid for with our taxes. And in the article he asked me if the Colombian Army trains soldiers or hitmen. Wouldn’t it be time to make some reform in this untouchable institution? This type of reflections does not interest Iván Duque.

Has being a dissident taken its toll on the Government of Iván Duque?

Quite the opposite. Sometimes when a power tries to be authoritarian, it doesn’t hurt you, rather it benefits you (laughs). Cardinal López Trujillo of Medellín, who later became a high prelate in the Vatican dedicated to the family and to banning the condom in Africa, expelled me from the University of Medellín and I wear that expulsion like a medal (laughs). It was because I wrote an article against Pope John Paul II. And not being invited to the official delegation of the Government of Colombia for the Madrid Book Fair, I wear it as one more decoration.

Were you surprised that you weren’t invited?

Oh, no. Another good one happened to me with Santiago Gamboa (also banned in Spain). We were invited to a literature festival in Thessaloniki, Greece. The Honorary Consul of Colombia in Greece paid with his own money for us to go. And since Colombia does not have an ambassador in Greece, the Colombian ambassador from Italy called that consul to threaten to kick him out because he had invited us. She considered that she was the only one who could invite writers. And she told the consul this wonder: to remember that she, the Colombian ambassador to Italy, was to the right of Mussolini. The Government of Colombia has ambassadors of the level of its hitmen.

The National Unemployment Committee is once again mobilizing to demand a basic income, the strengthening of health and job improvements to face the pandemic, what are the main problems in your country?

Social inequality. Every person for the fact of being one deserves a minimum. The same ones that my father pointed out and for which he was accused of being a dangerous communist. They are very simple: access to drinking water, clean air, shelter, that is, a decent house, food and affection. Affection is more abstract but it has to do with the existence of social and family conditions that protect and take care of you. I like to come to Spain because I do not feel the guilt and permanent anguish that living in Colombia gives, there is a great inequality that is palpable at all hours and on any corner.

How is Colombian literature healthy?

In my country there are three things that are going well: cardiology in public health, cycling and writers. Tradition and prestige make dedicating themselves to these three trades well appreciated by the community. Good doctors, good cyclists, and good writers receive inordinate affection. Now we need teachers and professors to have the same prestige. We have a deficit of teachers and parents. I don’t know what happens to Colombian men who don’t take care of their children. Colombia is full of parents dropouts.

Does it have anything to do with your writing about your father?

Yes, because in Colombia there has been a lot of mother but little father. And we need to transform that very important part of life. If you choose to be a parent you have to be a parent forever and responsibly. Fatherhood is the most radical experience I have ever had.

His mother passed away recently and in Spain it was news. How are you?

I am recovering very little by little. It took me 20 years to write a book about my father and I haven’t been able to write a single article about him … now I’m going to need another 20 years to write a book about my mother (laughs). No, in principle I don’t want to explore there. My mother was an extraordinary woman but I don’t have to claim her, as was the case with my father. Everyone adored my mother and many people hated my father to the point that they murdered him in the middle of a street.