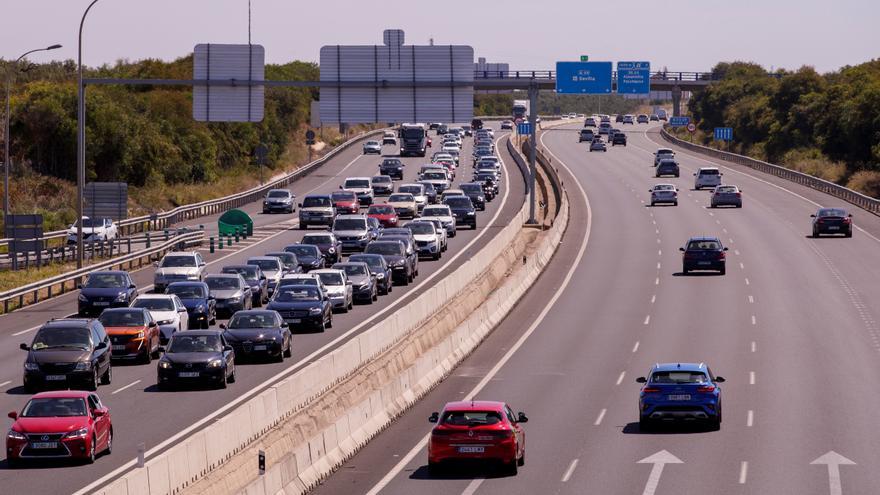 Madrid, Aug 1 (EFE) .- The end of the first departure and return operation in August is coming to an end with heavy traffic in various parts of Spain and withholdings for traffic accidents in Madrid, Catalonia, Andalusia and the Community of Valenciana, sources from the General Directorate of Traffic (DGT) have informed Efe.

The most important retention at this time in the afternoon is focused on the Madrid capital, on the A-1 at the height of the Jarama circuit, near San Sebastián de los Reyes; and another also of certain relevance at the height of Cabanillas de la Sierra.

Also in Madrid, an accident is producing slow traffic on the M-40 at the height of Valdemarín towards the A-6; and the fire declared on Saturday in the San Juan reservoir still keeps a lane of the M-501 cut off, which is causing retentions between Pelayos de la Presa and Navas del Rey in the direction of San Martín de Valdeiglesias.

Other hot spots at this time in the afternoon are located in Catalonia, with traffic jams in both directions of the C-31 at the height of Sitges and on the C-16 as it passes through Guardiola de Berguedá.

In the Valencian Community there are retentions in Castellón, on the AP-7 towards Tarragona; and in Andalusia there is also traffic congestion in Seville, on the A-49 as it passes through Huévar del Aljarafe towards the capital of Seville, and in Malaga, on the MA-20, at the height of Guadalmar heading north.

Regarding the balance of accidents with fatalities registered during the weekend, there have been nine people who have lost their lives on the roads in the eight traffic accidents recorded from 3:00 p.m. on Friday until 8:00 p.m. hours on Sunday, according to sources from the DGT.

The first accident took place on Friday, in the province of Granada, where a 70-year-old man lost his life after being run over on the N-432 as it passed through the town of Pinos Puente.

The accident occurred around 9:40 p.m., at which time the victim tried to cross the road on a curve without visibility and was hit by a vehicle that was traveling on the road at kilometer 425,500.

On Saturday there were five more accidents, one of them in Huesca, in the municipality of Candasnos. Here a 46-year-old man lost his life at dawn (approximately 2:15 hours) after a collision between a truck and a passenger car that occurred at kilometer 409 of the N-II.

Two more accidents were registered in the province of A Coruña, the first in O Baño, where a person was killed after being run over on the AC-131; and another occurred in Carral and in which a motorist died when colliding with a van at kilometer 16 of the N-550 road,

Another motorcyclist also died on Saturday after a departure from the road on the N-623 national highway, at the height of the municipality of Luena, in Cantabria; and in the Balearic Islands, in Sóller, a person died after leaving the road with a passenger.

Today, Sunday, has resulted in two more accidents until 8:00 p.m., one of them in the province of Badajoz, in Pueblonuevo del Guadiana. Here a 19-year-old girl has lost her life and four other people have suffered injuries of varying degrees when the vehicle in which they were traveling at kilometer 24.9 of the EX-209 left the road.

Finally, in Soria, two people died this afternoon in an accident on the N-122 national highway, as it passed through the municipality of Candilichera, in a frontal-lateral collision between two passenger cars.