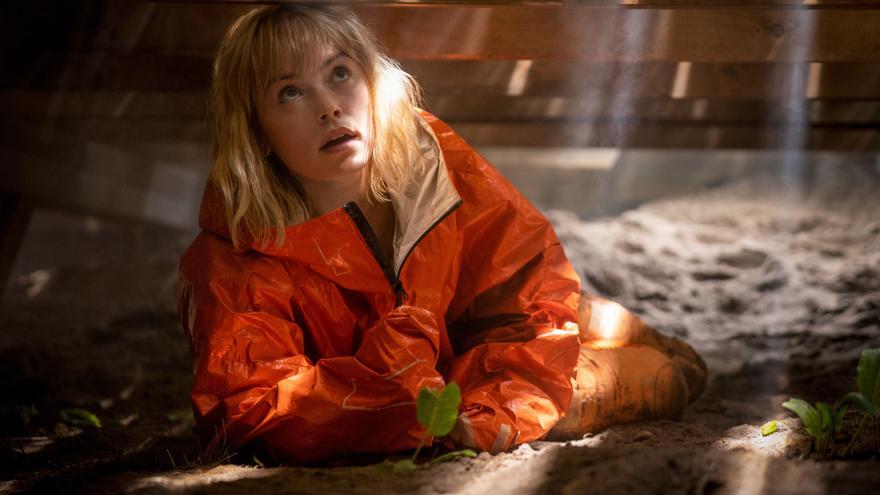 Los Angeles (USA), March 2 (EFE) .- A world in which all people’s thoughts are heard without privacy or the possibility of secrets. That’s the start of “Chaos Walking,” a sci-fi blockbuster whose protagonist Daisy Ridley described as a bleak future.

“To listen to all the thoughts of the people would be horrible,” he assures Efe.

Laughing and carefree, Ridley (London, 1992) became a big star with the last trilogy of “Star Wars” and now begins to explore the cinema beyond the galactic saga.

In “Chaos Walking,” which opens on Friday, she is very well accompanied by another new big screen sensation as Tom Holland (Spider-Man in the latest Marvel films).

Directed by Doug Liman (“The Bourne Affair”, 2002), “Chaos Walking” imagines a planet inhabited only by men and in which all your thoughts are heard in a strange cacophony called Noise.

But everything changes with the arrival of Viola (Ridley), a woman whose thoughts, mysteriously, are not heard.

RETURN TO THE CINEMA

Question: Just a year ago the theaters were closed due to the pandemic, but little by little films are coming to theaters like now “Chaos Walking”. Are we already at the end of the tunnel?

Answer: Obviously, the world is much bigger than the cinema … But the last thing I saw in the cinema was “The invisible man” (2020) and it was incredible. The room was packed, it was a great movie, and we were all basically screaming at various points on the tape.

I think we are in an exciting time in general, because everything is reopening and, particularly in England, the vaccination program is going well. It is very exciting and I really want to go to the movies and sit with people I do not know to have this experience together.

Q: How do you imagine living in a world where all thoughts are heard?

The truth is, I don’t have such deep, dark thoughts hiding in my mind (laughs), but I just think it would be horrible. I don’t want to see what anyone is thinking. Even going on the train would be very noisy, you would be distracted driving on the highway …

It would be horrible and dangerous.

Q: Our social media environment, isn’t it like a pre-noise phase?

A: Well, the difference is that Noise is spontaneous and on social media people choose what they post.

But I do think that much of what we live now are things taken out of context, something that is delicate because we always need to establish an open and fair debate.

Fortunately, I think we are not at the point of “Chaos Walking” with the networks and, in addition, the networks are also an incredible way to report things that are happening that the traditional media, especially in some countries, do not cover (. ..). They can also be an incredible tool for good.

Q: Viola is a woman in a universe of men. How does this science fiction story reflect on feminism and gender in our reality?

A: It is a huge warning of all the worst that could come.

For example, in the beginning of the movie, when Viola crashes and has a conversation with the Mayor (Mads Mikkelsen) and all the men around, I think that’s all the worst it could be.

But it seems to me that in this film you can see both the worst and the best.

Todd (Holland) drops everything and gives Viola a gigantic vote of confidence as he thinks she’s doing the right thing. And he also questions what he has been told all his life (…) I feel like the movie is scary, but there is also a suitably hopeful message about what the world could be if we settle our differences.

Q: It seems that you and Holland share a path in Hollywood: two very young stars and both from very successful franchises. Did you discover any more similarities between the two during filming?

A: It’s interesting because Tom started acting when he was very young with “The Impossible” (2012). And he plays Spider-Man in the Spider-Man movies. Fortunately, I have always been (in “Star Wars”) with a group of people around against the dark forces of the galaxy.

But yes, we both come from London, we have big families, we both like to dance … Although without a doubt he dances better than me (laughs).

Q: What roles are you looking for after closing your stage in “Star Wars”?

A: Honestly, I feel very fortunate that I had such a passionate time on “Star Wars,” and that led me to this incredible place where I am being offered exciting scripts. I am still surprised when they say to me, “Oh, we want to work with you!” And I: “Oh, I would love that too!” (laughs)

I’ve read exciting things in the last year and the next thing I’m going to do is the movie “The Marsh King’s Daughter.” In essence, I am not looking for specific things, but a nice variety of things has come to me.

Q: “Star Wars” also showed you the dark side of this profession: the social pressure, the fame, and so on. How do you want to apply what you learned there to the rest of your career?

It seems to me that, among all that, I was very lucky because my family is incredible, my friends are incredible, I always had a lot of support … And when I go home it’s just me with nothing of the other.

So I suppose that would be that: maintaining a good balance between work and home, but I don’t know if I have really answered your question … (laughs). David Villafranca