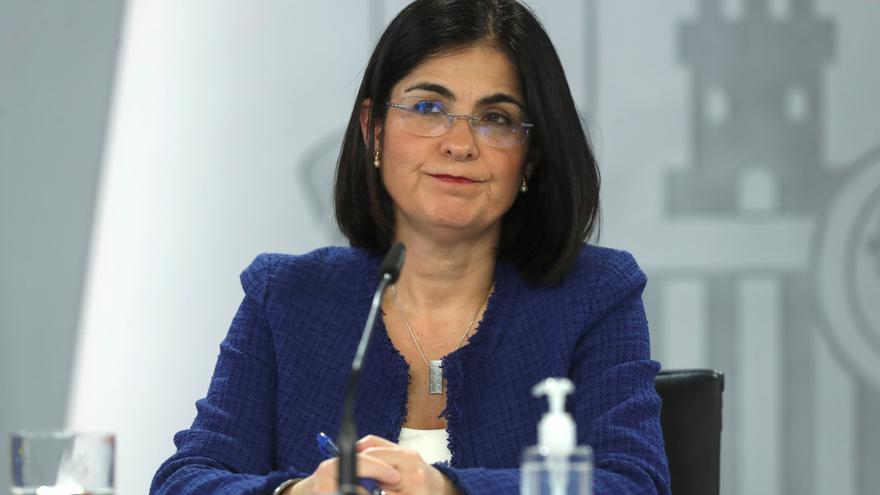 The Ministry of Health plans to postpone the vaccination of people under 55 years of age without risk conditions who have already passed the COVID-19 disease and have developed antibodies for 6 months. It is thus established in the draft of the update of the vaccination strategy, to which elDiario.es has had access, although the final document, with the definition of the essential workers who will receive the AstraZeneca doses, is still pending to be sent to the autonomous communities. The reason is that “current evidence indicates that reinfection is rare within 6 months of a natural SARSCoV-2 infection, although this assumption is less plausible in the most vulnerable people.” The document also indicates that, if a person of these characteristics contracts the disease after the first dose – all serums available in Spain require two pricks to achieve complete immunity – the second dose will be postponed for six months.

The document recalls that “the duration of protective immunity against the virus after natural infection is not known, but it is expected that vaccination of these people will reinforce this protective immunity and its duration.” Also that “recently published data, not yet peer-reviewed (preprint), advocating the administration of a single dose of mRNA vaccines in those young people, mostly health, seropositive to COVID-19. But, “until more solid information is available”, the vaccination policy is the one that has been decided. The document is signed by technicians from the Autonomous Communities, the Ministry, and external experts. Among the first 15 population groups in which the population was divided in November, it was already established that one would be people with antibodies to SARS-CoV-2.

In any case, Health specifies that “it is not recommended to perform serological tests before vaccination.” And that the indications are “provisional”, “they could be modified later depending on the new evidence.”

Yesterday, Health made public that it was updating its vaccination strategy to adapt it to the limitations of the AstraZeneca vaccine against COVID-19, which the same organism decided last week that it should only be administered to adults up to 55 years of age due to lack of data on its efficacy and safety in the elderly. Thus, to the first group that will receive it, which are the first and second line health workers who were already included in the priority groups, they have added a subgroup (group 3B) of other workers qualified as health and social health workers who have been selected, according to Health , “depending on the risk of exposure of their work activity”. Those who receive the AstraZeneca will be “active persons up to 55 years of age”.

This subgroup is made up of physiotherapists, occupational therapists, personnel from pharmacies, forensic medicine, home help services personnel, juvenile and day centers, and Penitentiary Institutions. After them, the workers whose function has been determined as “essential for society” will be vaccinated with AstraZeneca, who will form group 6: Security Forces and Bodies (National Police, Civil Guard, Autonomous Police and Local Police); Emergency personnel (firefighters and others); Armed forces; teachers and staff of early childhood education and special educational needs, and primary and secondary school teachers. These make up group 6 of state vaccination against COVID-19.

The elderly over 80 years (group 5), nursing home users (group 1) and large dependents over 55 (group 4) will go through a parallel process and will continue to be vaccinated with doses of Pfizer and Moderna. In other words, this February will continue to vaccinate health workers, social health workers and “other health workers” with AstraZeneca and it will continue with essential workers; meanwhile, Pfizer and Moderna will be injecting the other target groups. In total, of the 15 population groups defined in the strategy, only these 6 are hierarchical. This Tuesday Health has notified that there are already more than 830,000 people who have acquired it thanks to the administration of the vaccine.

The doctor who treated the first deceased by coronavirus: "It did not react to any treatment against respiratory viruses"