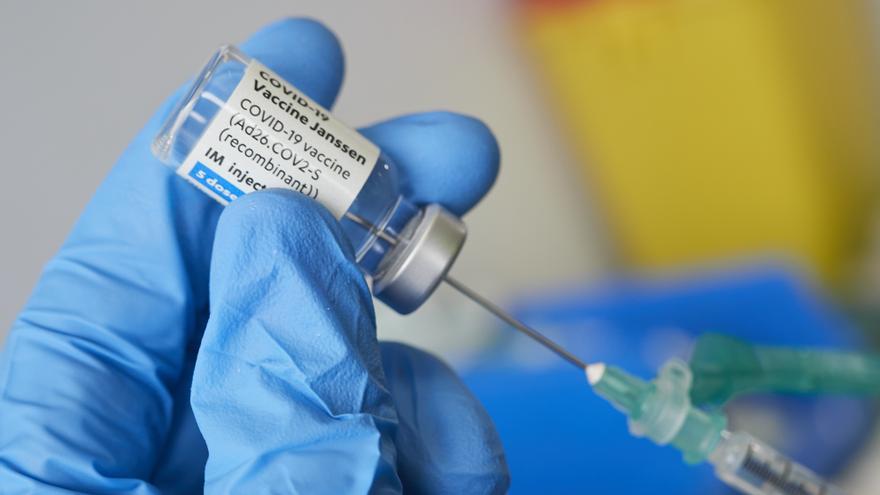 The Ministry of Health has approved this afternoon, in the Public Health Commission, to add the Janssen COVID-19 vaccine to the population group between 50 and 59 years old and the one between 60 and 69 years old, La Vanguardia has advanced and confirmed elDiario .it is. Janssen will also target other vulnerable groups, which the Commission has also decided to expand: it will include some people with disabilities and difficult accessibility, with profound autism, and with severe mental illness. The age instruction is to finish the vaccination of the 60 and over group, who are being given mainly AstraZeneca / Oxford University and already have at least one dose, 77%; and continue after them with the group of 50-59. Incorporating as a resource for both the Janssen drug.

Janssen’s vaccine, the only one authorized as a single dose, had already been approved in Spain for all ages since April, but for now, the national strategy specified that it was aimed primarily at the group between 70 and 79 years old. In the new update of the strategy, which will be the seventh and is yet to be published, an express mention will be included that it is also used in the campaign of those born between 1962 and 1971 and those from 1961. Until now, for those between 50 and 59 years old only said that “they will receive the vaccine that is considered based on availability, the context of the pandemic and the evidence.”

The Public Health Commission that it has decided is made up of the directors of public health from the Ministry of Health and the Autonomous Communities. Some, such as Madrid, Murcia and Aragón and Castilla-La Mancha, had already announced that they had started or that they would do so shortly with people between 50 and 59 years old, although none has yet finished with all those aged 70-79 (they are in the overall 93% with at least one dose and 46% with the complete regimen). The AstraZeneca / Oxford University vaccine is not currently authorized in Spain for those under 60 years of age, after Health suspended its administration to that group due to its link with a few cases of thrombi.

Nursing organizations such as Nursing and Vaccines (ANENVAC) or the SATSE union have explained in this newspaper that in the communities in which they have already begun to immunize citizens between 50 and 59 years of age, Pfizer / BioNTech is being used mainly, the lack of a precise instruction on whether to give another one, and why it is of that vaccine that we have the most doses. Since December, more than 15 million doses of Pfizer have arrived in our country. 272,000 have arrived from Janssen, but by June they have to increase to about 5 million. From Moderna we have received just over 2 million and from AstraZeneca 5.3 million.

Inmaculada Cuesta, member of ANENVAC and one of the creators of the national strategy of the Vaccine Report, confirms that, today, “the communities are deciding with this group based on their stock and how they can organize themselves. Since there is a lot of availability from Pfizer, it is getting that one. But if they suddenly get a lot from Janssen, it will be those. ” The Vaccine Report, part of the Public Health Commission, is also discussing these days what to do with people under the age of 60 who have one dose of AstraZeneca on but who are not allowed by current regulations to put the second.

The Commission has agreed to prioritize vaccination also for “large dependents with difficult accessibility, people with profound autism, intellectual disability or severe mental illness.” Until now, the vulnerable groups were those considered this way because of their age, and those with a very high-risk pathology (people on dialysis, with a transplant or on the waiting list for it, with primary immunodeficiency, with cancer and under treatment with chemotherapy, HIV and immunosuppression, Down syndrome over 40 years). They also recommend the Janssen vaccine, as it is a single dose, to “people who are difficult to recruit for vaccination and aid workers who travel on mission to high-risk countries and people who, due to their activity, will not be found in Spain. on the dates of the second dose. ”