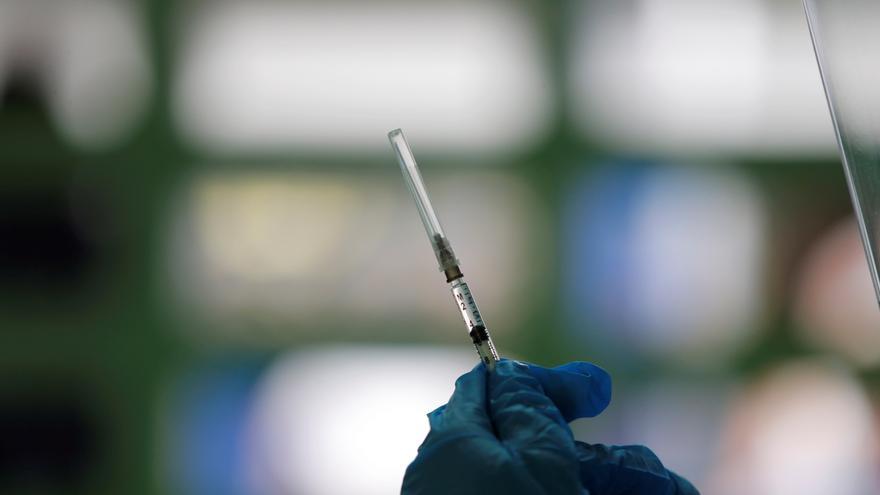 Giving a second dose of the Pfizer / BioNTech vaccine against COVID-19 to people who had received the first dose from AstraZeneca / University of Oxford more than two months ago is “highly” safe and effective, according to the Carlos III Health Institute, dependent on the Ministry of Science and Health. Those responsible for the study that was launched a month ago to analyze this combination have presented the first results of the study, which confirm the hypothesis from which they started. According to the researchers, IgG-type antibodies multiplied up to 150 times more in 14 days among people who had received a second dose of Pfizer, than those who had only one dose of AstraZeneca, for whom they remained stable. Those of the neutralizing type increased 7 times more.

Other studies, such as phase II of AstraZeneca, have found that, if a second dose of AstraZeneca is given, the neutralizers increase in the person between 2.8 and 3 times after the second dose, a lower rate than that observed now. But this study did not analyze that extreme, only compared giving a second from Pfizer or not giving any. And among different tests, carried out with different methodologies, “the comparison has limitations”, those responsible for the ISCIII have recognized. The results are not definitive, since they will continue to analyze the evolution of the antibodies for a year. They have been done on a sample of just over 600 people, much less than those who participate in an advanced phase before the approval of a drug, which is usually tens of thousands.

Called CombiVacs, the trial sought scientific evidence about the safety and efficacy of combining these two vaccines, since the administration of AstraZeneca to children under 60 years of age was suspended in Spain at the beginning of April, and it is necessary to decide what to do with the almost two million essential professional people who received the first dose from mid-February to that time. The data will be made by the director of the ISCIII, Raquel Yotti, at the “disposal” of the Public Health Commission and all the directors of public health of the Ministry of Health and the communities, who meet this afternoon to debate this issue. . “He’s ready to discuss it,” though the Public Health Commission might also be inclined to give AstraZeneca a second. Similar research is being carried out in other European countries, but this is the first with conclusions about so-called “heterologous” vaccination. People over 60 years of age who have received AstraZeneca (the majority in their sixties) will receive the second one from the same company as normal.

CombiVacs have also analyzed the safety of this mixture, finding no more adverse events with the second dose of Pfizer than with previous administrations of the same drug. The most frequent symptom referred was pain in the area of ​​the puncture (88% of the participants), and headache (approximately 50%). In 68% they reported “mild cases”, in 30% “symptoms of moderate intensity”, and in 1.7% of the cases, among 16 people, there were symptoms “of significant intensity”, especially general malaise and pain. head, but in no case “serious adverse events”.

Part of the scientific community has criticized during these weeks that the sample, of 600 people, was too small to draw conclusions from it., but from the ISCIII it has been argued that in this way the study was controlled, and that it was sufficient. In phase III studies, before the approval of the drug, more than 50,000 people participated for the COVID-19 vaccines. The few cases of thrombi that occurred in Europe, the reason why the campaign with AstraZeneca for children under 60 years of age was suspended, occurred among just over 100 people among almost 20 million vaccinated, but this study did not seek to detect conditions risk for that event.

The ISCIII has divided the participants into two groups: 442 people who were given a second dose of Pfizer, and 221 people who were left with only one dose of AstraZeneca. The volunteers were 18 to 60 years old. It has been carried out in five Spanish hospitals. “Today’s results support vaccinating the control group of 221 people with Pfizer, and anyone who has received AstraZeneca,” explained the coordinator of the study, Jesús Frías.