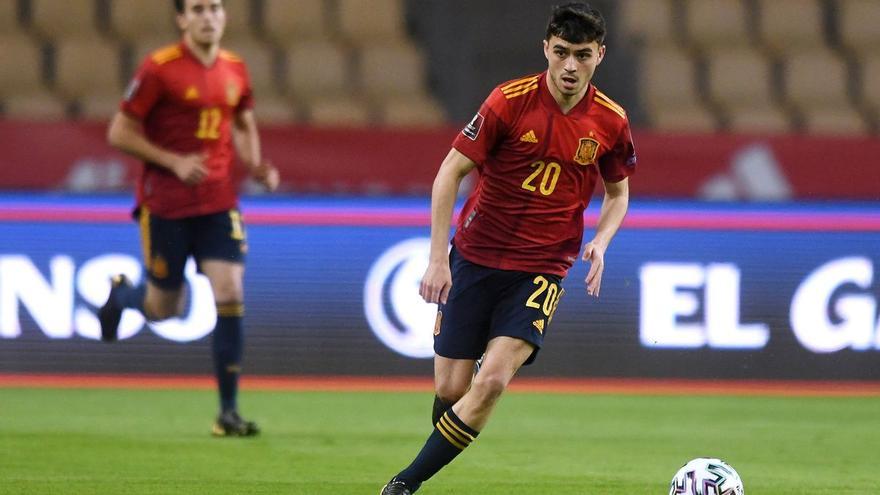 The Ministry of Health will take a proposal to the Public Health Commission tomorrow to prioritize the Spanish men's soccer team in vaccination against COVID-19, which officially debuts in the Eurocup next Monday. The COPE chain has advanced it and elDiario.es has been able to confirm it. The Public Health Commission is the ministerial body in which the directors of public health of all the communities are, and the one that is making decisions about the vaccination strategy. The reason why Health has this proposal is that it was requested by the Ministry of Culture and Sports, led by Minister José Manuel Rodríguez Uribes. It was through a letter they received last Friday.

The explanation given by Health is also that it is studied in Public Health just as it was done with the athletes participating in the Tokyo Olympic Games, although for that event it was worked "earlier". The Minister of Health, Carolina Darias, announced more than a month ago that Olympic and Paralympic athletes would be vaccinated with the Pfizer / BioNTech vaccine, two doses separated by 21 days. It would be with a collection of doses reserved for "international logistics missions and for the trip of the Olympic family."

The Ministry of Culture has made the request at the request of the Spanish Football Federation, and has requested that the national team's soccer players be given a single-pattern vaccine, reports from Culture sources. They would therefore be given the Janssen / Johnson & Johnson, the approved single-dose drug, of which we have received 1.2 million doses. The page of the Ministry of Health on vaccines indicates that Janssen has a prevention effect 14 days after inoculation, therefore, even if they were put immediately after approval in Public Health, players would not debut next Monday fully protected against severe COVID-19. Furthermore, it has been shown that vaccines prevent passing the infection acutely, but not contagion.

The National Team players are all under 40 years of age and therefore are not in a risk group. At the moment, the women's field hockey team is also competing at the European level, and in two weeks the Spanish women's team will also compete in the European Basketball team. Culture points out to this newspaper that they have many requests from many other federations, but for now only the Olympians and the National Team enter.

“Sport is not only safe, it is also necessary, which explains the measures that have been taken to protect athletes. This vaccination process is a country decision since the athletes represent us, ”Rodríguez Uribes said a month ago to justify the vaccination of, in that case, the Olympians and Paralympians. UEFA, organizer of the European Championship (which is held this year across the continent, it does not have a central headquarters), has not required national teams that their players be vaccinated to participate. Neither does the International Olympic Committee. The latter, although he considered it at first, finally limited himself to establishing an agreement with Pfizer through which doses would be available for all Olympians.

In Spain, vaccination against COVID-19 is by age, from older to younger. Almost 100% of those over 60 already have a dose, and the complete schedule is close to 100% of those over 70. “The main priority of the Strategy is to extend vaccination and progressively vaccinate the descending age cohorts. with a higher risk of hospitalization, admission to the ICU and death ”, because age is the greatest risk factor for suffering from the disease, reads the national vaccination strategy, which is updated by the Ministry, the communities and external experts. Exceptions have been made with the Olympians and the Paralympics, and with the social health workers, who were the first, together with the users of residences, to receive doses, in January; with some essential workers (teachers, military, police, firefighters) under 60, when for safety reasons it was decided not to vaccinate over 60 with AstraZeneca / Oxford; and with some 300,000 people with high risk pathologies.

This same Monday, it was known that the captain of the National Team, Sergio Busquets, has tested positive in PCR and will not be able to play the first games, perhaps nothing in the entire tournament. Busquets is within the "bubble group" in which the Spanish National Team is organized, so they would all be close contacts. The men's soccer team makes its official debut next Monday against Sweden, at the La Cartuja stadium in Seville. Earlier this Tuesday they have a preparatory match against Lithuania, but they will play the U21 due to that positive from Busquets.