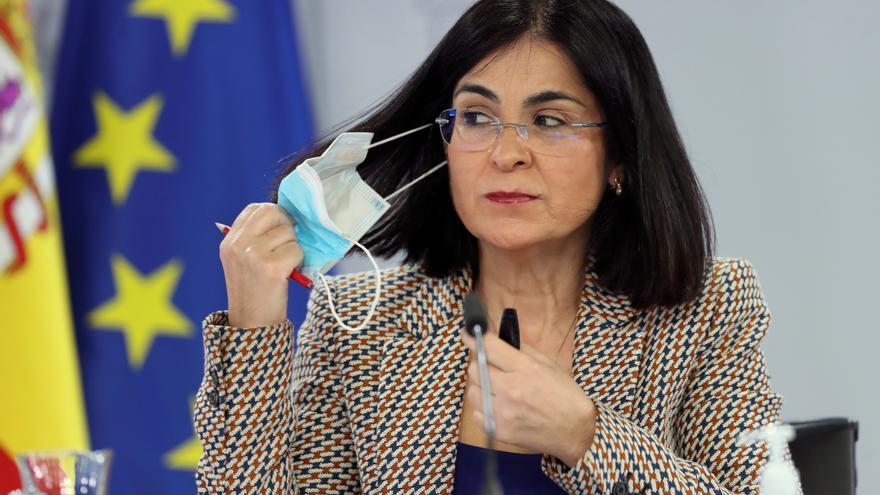 The Minister of Health, Carolina Darias, has agreed with the Autonomous Communities to delegate to the Public Health Commission – made up of technicians from the Communities and the Ministry – the development of a plan for Easter in the style of the one made for Christmas. The minister hopes that “next week” they will ratify it in the Interterritorial Council and has expressed that her “wish” is that they be able to give “a homogeneous country response, with common actions throughout the Spanish territory.” Darias has not specified whether mobility between regions will be allowed or not because it has been subject to what is decided in the Commission, but he has been adamant that “our objective is to save lives, not save weeks.” He has commented that there is “quite a consensus, more than we can imagine.”

Darias has avoided making public the Council’s positions this Wednesday. “Prudence is the word that has been repeated the most” in the meeting, it has been limited. But the majority of representatives of the Autonomous Communities have already expressed their inclination to continue the perimeter closures, some are coordinating to prevent it (Catalonia, Balearic Islands, Valencian Community, Aragon, Murcia, Castilla-La Mancha). Madrid, that epidemiologically it is currently the worst, it has been publicly unmarked.

Darias has also been open to a health passport for people who have already been vaccinated, something that the European Union negotiates and that would favor the travel and economic movements of people already vaccinated. He has assured that it will not be considered as “discriminatory” but as “an incentive for safe mobility.” But “in the time it takes to start up”, they will try to make it “in the best conditions” to make that use.

The minister has been asked about the vaccination of the infantas Elena and Cristina de Borbón, on a trip to see their father Juan Carlos. Both are under 60 years old and they would not be in the priority groups ordered so far in Spain. “In this country we need exemplarity, and I keep the exemplarity of their majesties. The vast majority of Spaniards will be vaccinated when it touches us,” he commented, referring to the fact that the Royal Household has issued a statement assuring that King Felipe VI will not has been vaccinated.