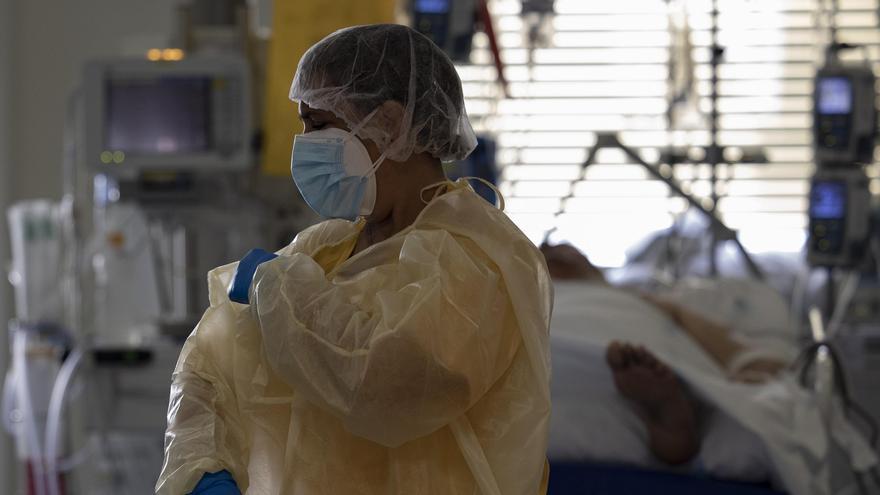 The Ministry of Health has reviewed the numbers of deaths and those infected during the COVID-19 pandemic. Thus, in the balance of this Wednesday it has added 25,042 new cases of coronavirus. Of them 8,924 have occurred in the last day. In total, since the beginning of the pandemic, 1,284,408 people confirmed by test have been infected in Spain.

Regarding the deceased, Health has added 1,623 new to the balance of this Wednesday, which brings the total since March to 38,118. Of them, 888 have died in the last week.

With the update of figures this afternoon, 5,105 cases and 1,326 deaths diagnosed before May 11 have been incorporated into the analysis.

Cantabria will limit the mobility of citizens to its municipal term from this Thursday afternoon, in a further degree of confinement after having decreed last week the perimeter closure of the autonomous community. In addition, it will simultaneously tighten restrictions as a result of the rapid expansion of the pandemic in recent days and which has caused the region to enter level 3 of high risk for coronavirus.

Among the measures to be taken for the weekend, the closing of the interior of the hotel and restaurant premises stands out, which is accompanied by a reduction in capacity in other types of commercial establishments and which seeks to reduce social contact as much as possible to stop the contagion curve, which is breaking all records since the beginning of the pandemic in March.

Further, In Galicia, the Government of Alberto Núñez Feijóo has decided to close 60 towns in the region for a month and close the hotel business, except for take-out services. The decision, announced by the president of the Xunta, has been adopted after two days of meetings with "intense debate" within the clinical committee that advises the Galician baron of the PP. The order will take effect from 3:00 p.m. next Friday and its effects are expected for one month. The seven main Galician cities are in the epicenters of the areas that are closed in what supposes a division between the urban and rural world, as two scenarios of different behavior in relation to the evolution of the pandemic.