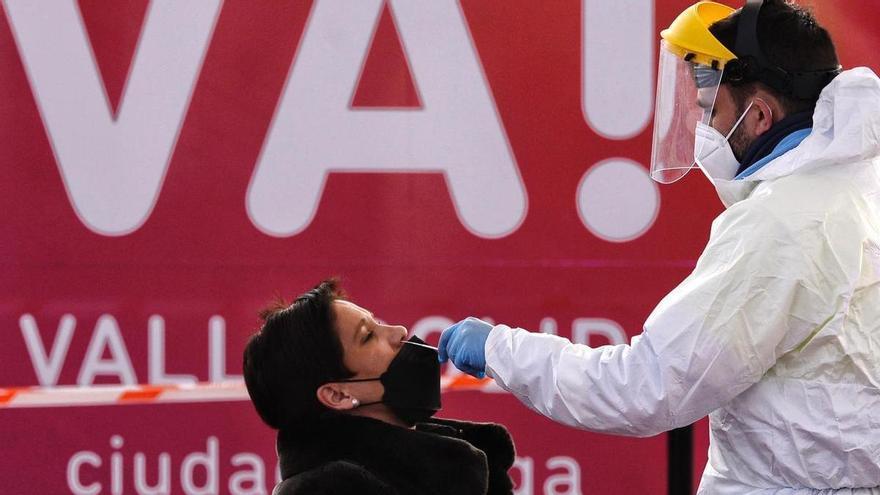 The incidence drops 113 points for the second consecutive day this week and stands at 3,267.21 cases per 100,000 inhabitants. On Tuesday of last week, the rate fell after months of rising, to 3,306 points; The following days continued its downward trend - on Wednesday and Thursday - but on Friday it rose again and a new maximum since the start of the pandemic was reported, probably due to a statistical effect.

Navarra, which was at the head of the list of autonomous communities with the highest incidence, now registers 4,711 cases. Similarly, the Basque Country reports a decrease in the incidence rate, which stands at 3,792 points. Andalusia continues to be the region with the lowest incidence, and does not reach 1,300 points. The new positives are distributed as follows: Comunitat Valenciana reports 30,585; Catalonia, from 17,007; and Madrid registers 11,531.

382 people have died in the last day, and the Ministry reports 92,376 deaths since the beginning of the epidemiological crisis due to the coronavirus in Spain. This is the highest figure since March 26, 2021, when 590 deaths from COVID-19 were recorded. As has happened in previous waves, deaths are the last indicator to drop, once drops in incidence and admissions to the ward and ICU begin to be recorded, also because deaths are very often reported late.

Occupancy in hospitals and ICUs continues at the same levels as the previous days: 15.47% of hospital beds are occupied by COVID patients, while the percentage of occupied beds in the ICU is 23.28%.

Evolution of the cases and deaths reported, those hospitalized and those admitted to the ICU each day, the variation in the last 7 days and the comparison with the peak of the 3rd wave of the pandemic

The Ministry of Health has registered 114,877 new infections this Tuesday, which brings the total number of positives to 9,395,767. Almost half of the infections have been recorded during this latest sixth wave of the pandemic, since the beginning of November 2021.

The Public Health Commission, made up of experts from the Ministry of Health and the autonomous communities, now recommends people who have had Covid-19 to wait five months until the administration of the booster dose.

This is a new criterion and a swerve in the vaccination strategy, which in early January shortened the window of time between infection and the third dose to four weeks to the surprise of immunologists. That decision was widely questioned by experts in the immune system, who not only pointed out that it did not make sense but that it could be counterproductive for the body.