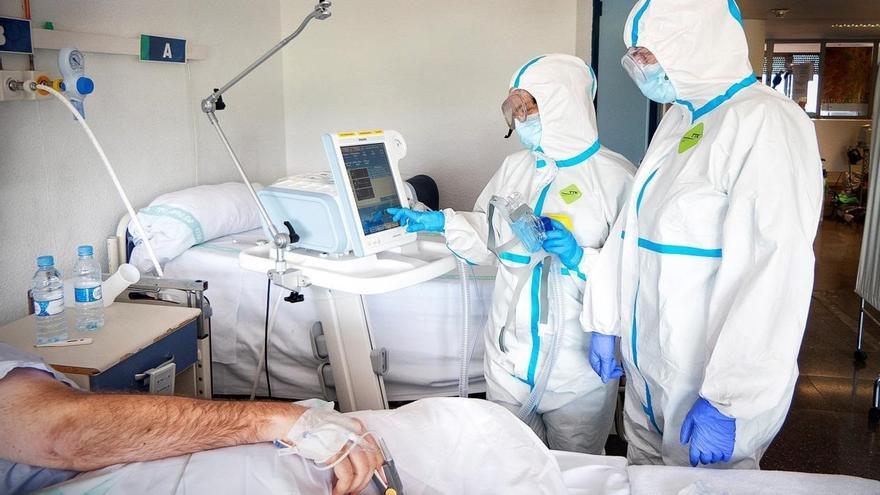 The Ministry of Health has registered 15,186 new cases of coronavirus this Friday, of which 6,591 have occurred in the last 24 hours. The community with the most cases is Madrid, with 3,175 (2,149 detected between yesterday and today). In total, since the beginning of the pandemic, 936,560 people confirmed by tests have been infected.

After Madrid, the region with the most cases is Andalusia, with 2,870 in the balance this Friday, of which 497 have been diagnosed in the last day; followed by Catalunya, with 2,763 and 275 respectively; the Valencian Community, with 902 and 122 and the Basque Country, with 823 and 805.

In addition, the health authorities have added 222 new deaths to the total balance, which brings the figure since March to 33,775. Of these, 575 have occurred in the last week.

The Minister of Health, Salvador Illa, has estimated that “There are between five and six complicated months” of living with the coronavirus until the vaccine arrives, which is expected for 2021. In statements to RAC1 this Friday, Illa has assured that, in the face of the position of deniers and anti-vaccines, “I will fight – he said – informing the population” because “there are lives at stake and vaccines have saved lives “. According to his calculations, the three million doses that are already committed to a large pharmaceutical company, which will supply about 30 million to the European Union, are expected to arrive by the end of the year or early 2021. If this situation is confirmed, “next summer we will have a much more normal life,” he predicted.

This Friday, the Superior Court of Justice of Catalonia (TSJC) has ruled in favor of the Generalitat’s restrictions, which have come into force today, and involve reducing mobility, social interactions and activities that promote a relaxation of protection measures and the multiplication of infections. The measures will last 15 days and between them highlights the closure of bars and restaurants.

The Government needed judicial endorsement only for measures that limited fundamental rights: the prohibition of meetings of more than six people, the suspension of face-to-face classes at the university and the limit of 50% of capacity in religious acts. Conversely, the closure of bars and restaurants did not affect fundamental rights, which is why it came into effect last midnight without the need for approval from the judges. However, the TSJC will have to rule on the latter when it resolves the appeal presented by the hoteliers.

On the other hand, In Extremadura, the extraordinary Governing Council of the Junta has approved the prohibition for the entire community from Monday of meetings in public or private, of more than six people, unless they are living together or for work reasons. It has also approved the perimeter confinement of 12 localities that add up to almost 13,000 inhabitants, and special measures in another three in which almost 11,000 live.