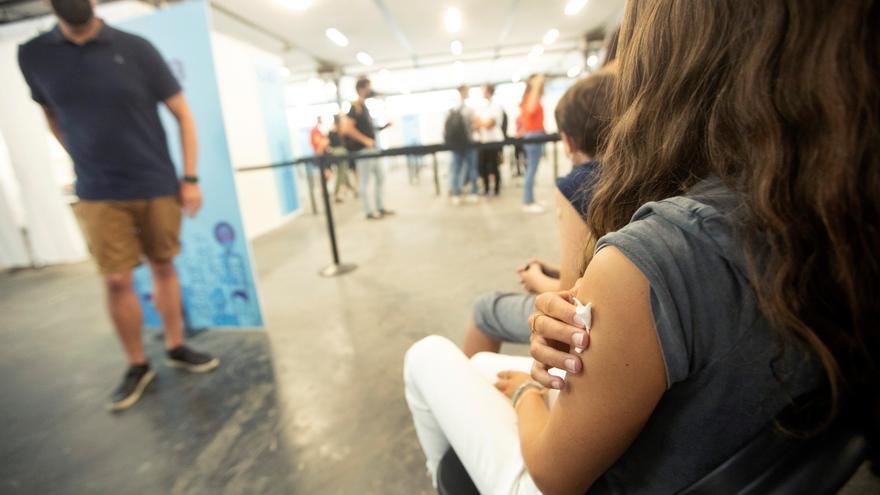 The 14-day incidence continues to decline in Spain and this Tuesday stands at 528.38 cases per 100,000 inhabitants. This figure represents a drop of twenty points compared to Monday, when it stood at 549.06 infections. Just two weeks ago the peak incidence of this fifth wave was recorded, in 701.92 cases, and since then this indicator has not stopped falling, although it is still at very high risk levels.

The Ministry of Health has also reported 15,680 new infections, a figure comparable to that of Friday, when 21,561 cases were recorded. This is the lowest daily number of infections since July 4. In total, since the start of the pandemic, almost a year and a half ago, 4,643,450 people have been infected by COVID-19.

The authorities have also added 102 deaths in the last 24 hours, an increase compared to Friday, when 75 deaths were registered. The global death toll from COVID-19 stands at 82,227.

The daily numbers reflect that, despite the success of the vaccination, the transmission of the virus still fired in Spain in this fifth wave of the pandemic being noticed in the hospital pressure. Faced with this scenario, which has led countries such as France or Germany to recommend that their citizens not travel to the communities with the highest incidence, the autonomous governments improvise new formulas to stop contagions. Among them, use the so-called COVID passport, originally devised in the European Union to facilitate foreign tourism this summer, and that it also serves to limit access to nightlife and hospitality venues to those who have a complete vaccination schedule or a negative test.

As with the perimeter closures or the curfews outside the different states of alarm, the debate on the relevance of this measure has once again moved to the courts. Judges must rule at the request of the communities themselves, who ask them to assess whether the measure may affect fundamental rights and, consequently, require the endorsement of the courts. But they also have to settle claims of the affected groups, such as restaurateurs, who seek that the Justice annul a measure that may affect the evolution of their businesses. And, as happened in the periods in which the state of alarm was not in force, there is a trickle of disparate rulings in the courts with different arguments that, for the moment, tip the balance towards the rejection of this use of the passport COVID.