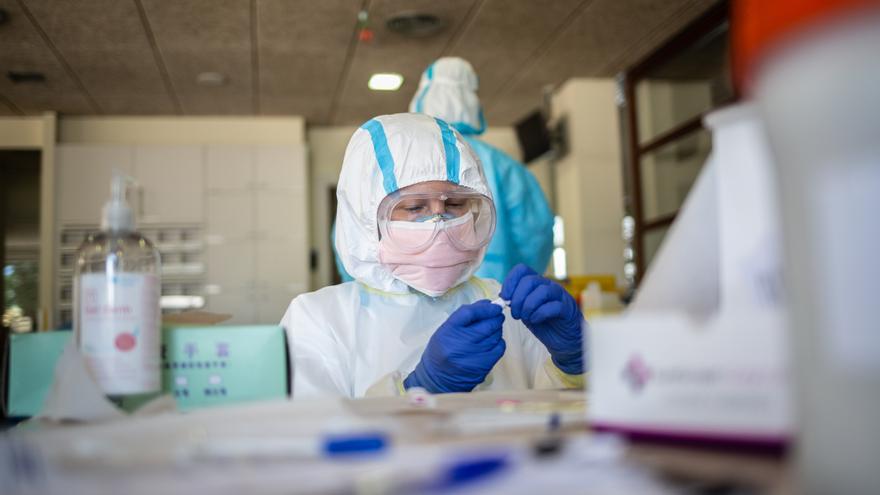 The Ministry of Health has notified 9,906 new cases of coronavirus this Tuesday, of which 2,586 have been diagnosed in the last day. Most have been registered in the Community of Madrid, which adds 3,228 cases to the balance this day. In total, 758,172 people have been infected with COVID-19 in Spain since the beginning of the health crisis.

The health authorities have added 203 new deaths to the balance. Since March, a total of 31,614 people have died of coronavirus, 443 of them in the last seven days.

By communities, after Madrid, the one that adds the most to the total balance is Andalusia, which incorporates 1,406 new cases. Castilla-La Mancha has reported 951 cases and Castilla y León, 846. Catalunya has registered 512 cases in the last day and the Region of Murcia, 439.

Regarding hospitalizations, in the last seven days 2,271 people have required admission, mainly in Andalusia (493), Madrid (324) and Castilla y León (300), and 179 have been admitted to the ICU. In total, 149,514 people have been hospitalized since the beginning of the health crisis.

This same afternoon, the central government and the Community of Madrid, the most affected by this second wave of the pandemic, have reached a principle of agreement to establish a homogeneous criterion to apply restrictions in all municipalities in Spain with more than 100,000 inhabitants. An agreement that affects all autonomous communities, as claimed by the Madrid president Isabel Díaz Ayuso, for which it must be approved this Wednesday at the meeting of the Interterritorial Health Council, and which also includes that more PCR of origin be carried out at the airport de Barajas – another request from the regional executive, despite the fact that imported data is minimal – and a reinforcement in Renfe and Ave.

The criteria for applying restrictions will be: a cumulative incidence of 500 cases or more, with a PCR positivity of more than 10% and an ICU occupancy rate of more than 35% in the community. In municipalities with fewer than 100,000 inhabitants, the communities will apply their own criteria.

In return, the Community would accept the recommendations that Health has been insisting on since last week: extend the restrictions imposed in some health areas to the entire capital and municipalities with an incidence of more than 500 infections per 100,000 inhabitants, prohibit the bars serve at the bar and reduce the capacity of the terraces to 50% throughout the territory.

“This is good news for everyone, for the people of Madrid in the first place” and for the rest of the citizens, he said at a press conference with the Minister of Health, Salvador Illa, who explained that throughout the day he spoke with the health councilors of all the communities and that, in the absence of this agreement being ratified tomorrow in the corresponding forums, it has found a “favorable environment” for this “coordinated action”.

This Tuesday, the Council of Ministers approved a Royal Decree that allows the hiring of teachers without a Secondary Master’s degree, as well as several measures aimed at making the school year more flexible and giving more freedom to communities and educational centers, given the current situation. The Government has also approved the extension of the ERTE with the support of unions and employers, until January 31, 2021.